From sectors including real estate, banking, finance and more, here's what the corporate world wants from Nirmala Sitharaman's February 1 speech 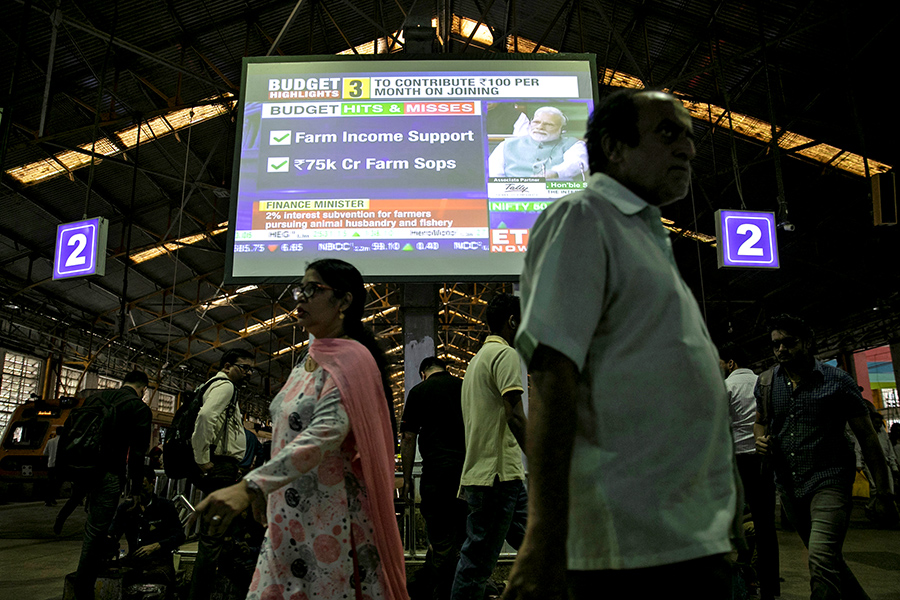 The government's upcoming Union Budget, to be presented on February 1, will come under heavy scrutiny. With political unrest across the country combined with Moody's lowering its growth projections last month, the Budget will have to pass the litmus test for stability. The country is going through turmoil that has attracted heavy criticism globally. On one hand, protests against the Citizenship Amendment Act (CAA) and National National Register of Citizens (NRC) have rocked the country from within; on the other, countries have condemned the prolonged shutdown of Jammu and Kashmir. As a result, the global investing eco-system is likely to be uncertain about the future of investment in India. To bring India back to being one of the world’s fastest growing economies, Finance Minister Nirmala Sitharaman will have to evince confidence in the government and its plans. Here’s a wishlist of expectations from Budget 2020 from corporate honchos across sectors. Real estate  “The real estate segment, especially the residential sector, saw some growth in 2019 thanks to the Centre’s strong efforts at improving liquidity and pushing growth. We are hoping the Union Budget will announce a one-time roll over or restructuring of existing loans. We are also looking forward to the Centre’s measures aimed at improving liquidity and lowering home loan rates, taxes and stamp duties as these will ensure buying interest from end consumers” -          Prashant Solomon, MD, Chintels India and the treasurer for CREDAI-NCR   “The Union Budget should make an effort to incentivise individuals investing in real estate through a higher exemption limit or a giving a substantial principal/interest waive off.  Also as a next step to the reduction of the corporate tax rates, we hope for the rationalisation of the Direct Tax code as well which would put more disposable money in the pocket of the tax payers enhancing consumer sentiments, higher consumption and an overall positive multiplier effect on the economy.” -          Abhijit Roy, MD and CEO of Berger Paints    “Real estate is one of the key drivers of a country’s economy. We look forward to concrete measures around liquidity and alternate investment fund to revive consumer and investor sentiment. We also expect the government to focus on lowering of taxes, home loan rates and reduction in stamp duties which will have a positive impact on the sector.” -          Rohit Malik, founder and CEO, Clicbrics Education “With an eye on the future, Union Budget 2020 must focus on quality and tax-free education and skill development. If we look at the current scenario, there has been a shift in the nature of jobs and career choices amongst the youth. The Budget must incorporate necessary policy revisions to meet future job demands and to make India as one of the leading higher education destinations in the world.”  - Sanjay Gupta, vice-chancellor, World University of Design
Finance “With GDP at its lowest rate in 11 years, industry expects a lot from this year’s Budget. We believe the government should reduce GST and personal taxation rates to revive domestic consumption. We also believe the government might bring tax dispute settlement schemes to recover pending disputed demands.” -          Maneet Pal, partner of I.P. Pasricha & Co
Tax The budget may attempt a rationalisation of tax slabs and/or provide for a reduction in the tax rates for individuals. The budget may witness re-drafting of the law in case of certain complex provisions, e.g. on capital gains taxation. This could make the language simple and comprehensible.  In addition to the above, one can also expect the introduction of ‘the Border Adjustment Tax’ under the Customs Law. This could offset the impact of various local levies including electricity duty and fuel, which do not form part of GST. BAT is expected to create a level playing field for domestic products vis-à-vis imported goods.   -          KPMG  Economy “Enhancing the competitiveness of India’s manufacturing sector will increase its share in GDP and facilitate India’s integration with global value chains. The ease of doing business should remain central to optimising the competencies of Indian companies through the creation of an investor-friendly regulatory environment, single-window clearances for businesses and the removal of tax roadblocks. The National Infrastructure Pipeline (NIP) mechanism should aid in the speedy execution of mega infra projects and ensure there are no time and cost overruns. The FM needs to pursue the path of economic reforms and ensure that the execution of infrastructure projects is not gridlocked to achieve the vision of becoming a $5 trillion economy by 2024.”   -          Jatin Chokshi, chief investment officer, Allcargo Logistics
With startups and MSMEs contributing significantly to the job creation in the economy, the Budget must ensure that adequate measures are introduced not only to boost the growth of these enterprises, but also to ensure the financial stability of the next generation set to enter the workforce. -          Rahul Jain, head, Edelweiss Personal Wealth Advisory Banking After the sizeable capital infusion of Rs 2.66 lakh crore into public sector banks (PSBs) during FY2018-2020, their capital position has improved from that of FY2017. With further provisioning on stressed loans, we expect the remaining PSBs to also exit the RBI’s prompt corrective action framework and turn profitable in FY2021. Accordingly, the capital requirements are expected to be limited to Rs 10,000 to 20,000 crore during FY2021 for 8% to 10% credit growth. Since the capital requirements are not sizeable and are based on the expectation of improved earnings, we expect banks to raise this amount themselves from the markets.   -          ICRA Ltd