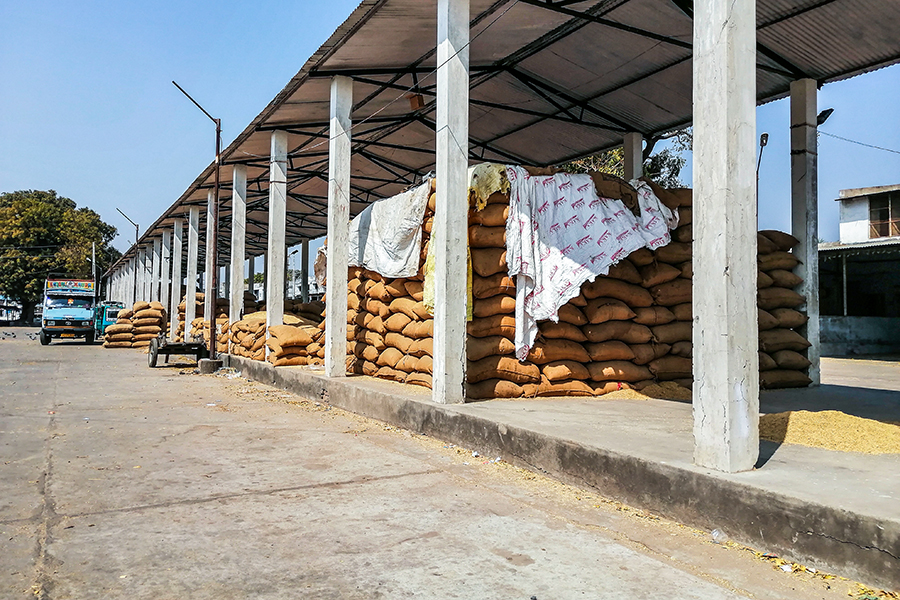 To ensure the government has a dedicated corpus to boost agriculture infrastructure, Finance Minister Nirmala Sitharaman announced a cess on certain items including petrol, diesel, gold and some agriculture products. “However, while applying this cess, we have taken care not to put additional burden on consumers on most items,” Sitharaman said in her speech.

The finance ministry said that to ensure the cess does not lead to an additional burden for the consumer in most of these items, the basic customs duty (BCD) rates have been lowered. The cess shall be used to finance the improvement of agriculture infrastructure and other development expenditure. Industry experts point out that this way government can ensure that some parts of the collections are earmarked for these development activities. “The customs duty and excise duty collected all go into the Consolidated Fund of India. As against that, this, being a cess, will be for a specified purpose,” says Ayush Mehrotra, partner, Khaitan & Co. 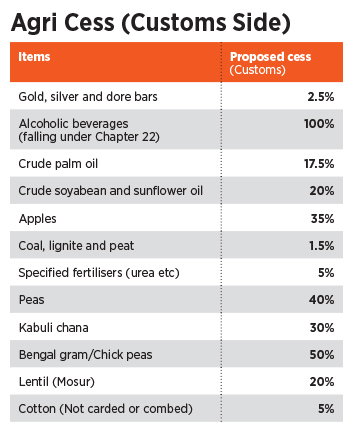 An Agricultural Infrastructure and Development cess of Rs 2.5 per litre on petrol and Rs 4 on diesel has been announced. This will also be applied on several other goods, including a 100 percent cess on alcohol, 2.5 percent on gold and silver bars, 17.5 percent on crude palm oil, 20 percent on crude soyabean, sunflower oil, 35 percent on apples and 40 percent on peas. There has been a commensurate reduction in the customs and excise duties on these imported goods, so that the overall duty remains the same. A key feature of this cess is that it is going to be levied on the same assessable value on which the customs duty is imposed. “Looking at the list of the items it seems the duty has been imposed on selected articles that are being imported in huge quantities,” says Mehrotra. While many items are agricultural products, the cess is also proposed on items like coal, lignite, silver and gold dore. (see box).

The only impact, say experts, will perhaps be from the importers’ standpoint in terms of more compliance to ensure the taxes are discharged correctly and on the correct value.