It's not that the government does not believe there is no problem, but it does not have a qualified number on how big the issue is 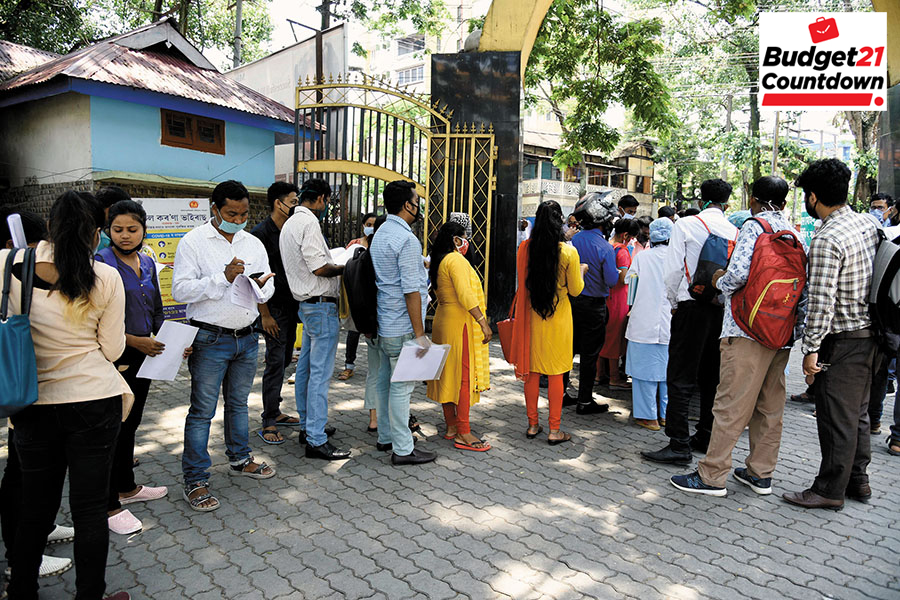 The unemployment rate in India has risen to 9.1 percent in December, the highest since June when it was 10.99 percent
Image: David Talukdar / Nurphoto via Getty Images 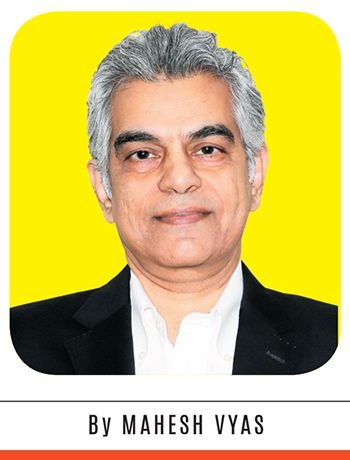 The unemployment rate in India has risen sharply to 9.1 percent in December 2020—its highest in the past six months, since the unlocking of business activity last June. This rate was 6.5 percent in November last year and 10.99 percent in June.
The increase in the unemployment rate is worrying; it shows that people have thronged back to the labour market, seeking jobs but faced with no employment. It is also a sign that people who had jobs till now would have lost them and their source of livelihood.

The rise in unemployment in December is also the result of a partial rise of the labour participation rate (LPR). The LPR is the percentage of people above the age of 15 participating in the labour market by either looking for or already having a job.

The LPR for December 2020 was 40.6 percent compared to 40 percent in November. In December, employment fell by 5 million to 389 million—from 394 million in November—out of the 427 million who participated in the market, thereby marking the number of people without a job at 38 million. The number of unemployed was at 27 million last November. The agriculture sector, due to the winter season, was unable to absorb the increase in the labour market. That is the time when jobs are dispensed with.

Stress in the unorganised market
2020 reminded us that India’s labour market continues to be largely unorganised. People who have employment are not just those who are working with large corporates, having regular salary packages. It comprises largely those who are skilled, but informally employed, such as hawkers, vegetable delivery boys, daily wage labourers, carpenters or electricians.

When the pandemic hit, these people were the first to lose their jobs as soon as business activity shut down due to the nationwide lockdown in March-end. They got their jobs back on the unlocking, but at a lower wage. On the other hand, the industrial worker—in the formal sector—who lost his job has found it more difficult to earn it back.

It means the real stress on the economy has not yet been fully felt because the people who felt it are too small in number. The proportion of people working in the industries or small-business enterprises is small compared to those in the informal sector.

India also witnessed a unique situation last year where migrant workers were forced to let go of (or lost) existing jobs in urban centres as businesses shut down. They left for their villages, unsure of whether they would get their jobs back. [There is no clear estimate on the migrant workers universe in India: It ranges from 70 to 140 million].

A section of migrant labourers has come back to urban India but large portions are still back home and financially badly hurt. Wage rates have dropped and working conditions have deteriorated because the financial health of corporates is still shaky.

Government attention: Skewed and misplaced
The government has had a different take on the employment scenario in India. It seems to have rejected data that comes from regular, large household surveys—whether it is from the CMIE (Centre for Monitoring Indian Economy) or its own PLFS (Periodic Labour Force Survey). This is unfortunate, because globally, unemployment is assessed, necessarily, through a household survey. All people who are employed or looking for employment are necessarily living in households.

Some countries carry out enterprise surveys. Currently, in India, there is no regular enterprise survey on jobs data. If we carry out surveys from enterprises on employment, we can assess how many people are being employed but they cannot tell you how many they are not employing. [These surveys were regular until 2008-09 through the labour ministry but have since stalled].

The government has, in recent years, placed greater faith in administrative data, through EPFO, ESIC and NPS-related information, which is useful because it captures a large proportion of employment.

In India, the farm sector is a large employer, but if you use administrative data you cannot use farm-related data. Also, most of the people employed in the non-farm sector are not on any centralised payroll system. They are probably given cash outgoes as monthly wages.

So the government desire to use administrative data to understand employment is totally misplaced because it is an inadequate measure of employment in India.

Thus, its response to understand the employment problem, at least, through numbers has been skewed and misplaced. The government’s approach, through its education policy, is to create conditions where people can provide employment—making job creators and not just job seekers.

To some extent, the government’s move, through its various employment generation schemes—including the Mudra loans—has been successful. Self-employment in India has increased but the ticket size of loans taken is small. Hence, people who have availed of loans have been successful in creating employment, but largely only for themselves.

Also, everybody cannot be a job provider. For the majority of people who complete their specialised education, whether it is engineering, medicine or an MBA, the end goal often is to find a job. The universe of startups and unicorns is still small, their escalation is still small and also often shortlived. Hence, job creation through this route is also limited.

The government is unique in the sense that it does not reveal its cards on sensitive matters such as job creation and job security. We are not too sure what the government will do to tackle unemployment.

Going ahead, the government needs to give more attention to household surveys. If you don’t have a quantified number on how big the unemployment problem is, I don’t think you can find a solution to the problem.

Also, I don’t think anyone in the government believes there is no employment problem. There is little by way of state or central government largescale employment. This will come only through mega industrial activity expansion or projects once private capex growth kickstarts. But this appears to be some time away.