How Geely Won Over Volvo

Geely established itself as the forerunner and beat other Chinese buyers

By Pedro Nueno and Gary Liu

As early as 2002 Li Shufu, founder of the Chinese automotive manufacturer Geely Group, proposed in an internal meeting the daring idea of buying Volvo, Northern Europe’s largest car maker. The financial crisis of 2008 gave him his opportunity. For Li, the deal was equivalent to “a world famous movie star marrying a peasant in China”. He saw Volvo as the vehicle that would provide the innovation, brand and technology needed to propel China’s auto industry to the global stage.

The challenge was getting anyone at Volvo – or Geely, for that matter – to take him seriously; and then navigating a complex deal across Continents. This is how he did it.

In 2007-2008, the financial crisis broke out in the US and the auto industry suffered great losses in the economic downturn. This presented a good opportunity for Li Shufu but there were a series of hurdles to get through – from cultural to regulatory to untangling Intellectual Property Rights (IPR). 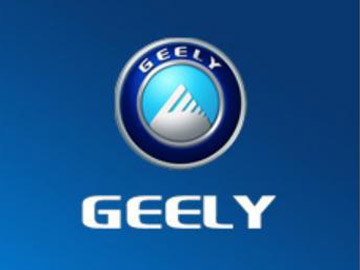 In addition, Geely was still not being taken seriously. In 2007, Li Shufu sent Ford’s headquarters in the US a letter through a PR company, expressing his wish to purchase Volvo. The letter was all but ignored. Early in 2008, he met the CFO of Ford at the Detroit auto show, but the meeting didn’t go well. Ford, unimpressed by Geely’s small size, only said – out of courtesy – “they would go back and research the possibility”.

Undeterred, Li Shufu decided to invite Rothschild, the most prestigious investment bank in the auto industry, to step in to help with the acquisition. Rothschild was assigned responsibility for the overall coordination and valuation analysis of Volvo’s assets. With the bank’s help, Geely soon assembled an acquisitions team: Freshfield Law Firm for legal issues and Deloitte Touche Tohmatsu for finance consulting and auditing, information technology, pension, capital management and due diligence. Freeman Shen, the then Vice President of Fiat China, whom Li Shufu valued for his strong experience with European and American firms, also joined the team.

There was progress in April 2009 when Ford opened its Volvo database to Geely, providing the Chinese company with valuable insight needed to move ahead with the deal. Geely played the China card very well. It was not a big company, but it was based in China – the world’s largest auto market. Geely offered an irresistible lure for Volvo: a promise to help it win in China.

To pave the way for the deal to go through, Geely submitted a report to the China Reform and Development Commission that restated the Volvo deal’s importance for China’s automotive industry and its confidence that it would be able to turn Volvo into a profitable company. Geely also needed to demonstrate that it understood and respected the values of the Volvo brand. It had to reassure the companies that production would stay in Sweden and Belgium; it had to promise to respect Volvo's culture of safety and efficiency; and it had to reassure that it could, as the maker of cheap cars, take on a premium brand.

The marathon negotiation came to an end on August 2, 2010, when Ford and Geely signed the final agreement for the Volvo acquisition. Geely acquired all shares of Volvo with $1.5 billion cash.

Though Geely did not initially appear to be an attractive buyer, there were several factors that led to its success. First, Li Shufu is a visionary who planned to acquire Volvo long before Ford decided to sell. So Geely had the advantage of long-term planning and preparation for when the right moment – the financial crisis of 2008 – came along.

Geely assembled a strong negotiating team. It worked closely with an experienced team of financiers and advisors and was able to convince Volvo – as well as the regulators in China and 40 other countries – that the deal was good for the future of the global car industry.

Geely was able to show how it could gain Volvo a foothold in China. By moving early and swiftly to inform the Chinese government of its plans, Geely established itself as the forerunner and beat other Chinese buyers without extra cost.