Adi Godrej, Ajay Piramal and Kiran Mazumdar-Shaw share their insights on leadership styles, role models and what it means to lead from the front 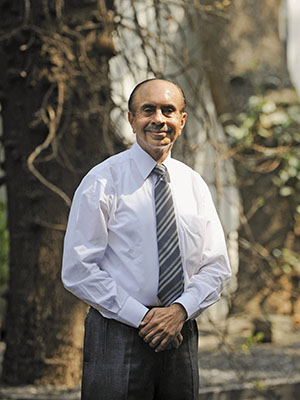 Leadership, as the American historian James MacGregor Burns wrote, is “one of the most observed and least understood phenomena on earth”. Are good leaders born or can they be made? Is there a difference between how Indians manage organisations versus the way Westerners do? And what about the vexatious issue of masculine versus feminine styles of management—who makes for a better leader?

The first instalment in Forbes India’s series on leadership deals with ‘Leading from the Front’. The three industry stalwarts interviewed below are those who led from the front, ones who built businesses from scratch or dramatically transformed their inheritances.

‘Decisions don’t have to be Popular Always’

Adi Godrej was only 21 when he entered his family’s business. After 50 years, if there is anything he has learnt, he says, it is that leadership is all about teamwork. There are limits to what any individual can do and it is only by getting each team member to give her best that organisational goals can be achieved.

Q. When you joined the company in the 1960s, did you have any ideas of leading and being in charge of the business?
When I joined Godrej more than 50 years ago, I was the first in the family with an MBA [from MIT’s Sloan School of Management] as there were no management schools in India then. I did not take charge of anything. I was too young—only 21 years old—to take charge at that time. But I gave many ideas, provided several inputs, and my father and uncles gave me a great deal of latitude.

Q. Given your education, you must have already had many ideas of leadership by then.
I have always believed that leadership is a question of teamwork. One must set one’s objectives for the next five or 10 years, and then work backwards with your team on how to achieve it. It is something for which you need not just IQ, but EQ, too.

Q. How do you define EQ?
Emotional quotient. You need to understand people, work with them closely, listen to them and observe their ideas. You may decide not to accept every idea that comes your way, but you need to listen.

Q. In an interview some years ago, you said you had become less autocratic and a better listener. Very few people at the top may take the trouble to change. What made you do so?
It was about 20 years ago that we introduced 360-degree evaluation. That is, all our senior people get evaluated by their seniors, their peers and their subordinates. So I was also evaluated in this manner, and it emerged clearly that I was not a good listener and that I could improve my performance, etc. So I decided I would work on it.

Q. You are constantly improving yourself, you keep yourself updated about a range of issues. People speak of how the depth of your knowledge sets you apart as a leader.
To keep on learning is really important. People think that once they have left university, they don’t need to learn anything more; times are changing dramatically, so there are many, many new ideas, thoughts, technologies coming up, and one needs to keep pace with them. So I had decided very early in my career that I would devote at least 20 to 30 days a year to learning.

Q. You have spoken at various forums about how leadership is not about doing popular things, but about doing the tough things that need to be done which no one really wants to do.
Good leaders need to have a clear vision of what needs to be done. It doesn’t necessarily have to be popular. In the political world, most leaders want to do things they think are popular, but it may not work well. So I think doing things that are tough, but necessary, is very important. Ultimately, people appreciate it when it is done.

Q. Which leaders have you admired or been influenced by?
I have admired leaders like Gandhiji, Nelson Mandela and Margaret Thatcher—they have incorporated the things I spoke about. Getting things done, long-term vision and not being swayed only by popular mandates. 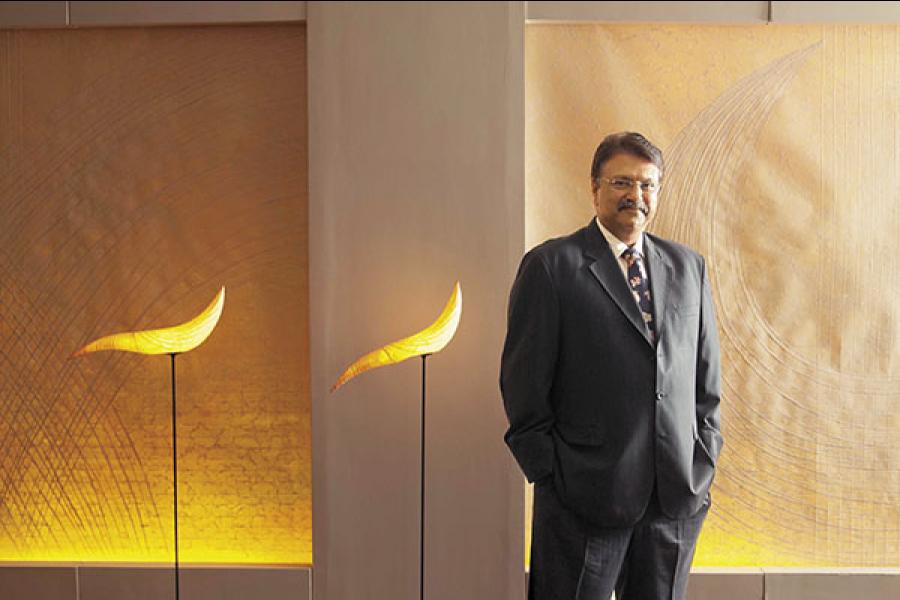 'Identify and Act upon Emerging Trends'

Ajay Piramal
Chairman, Piramal Group
Ajay Piramal, the consummate dealmaker, defines leadership as identifying trends ahead of others and then having the courage to put your money behind the calls you take. He says maintaining a high emotional quotient is crucial for any leader.

Q. What are some of the leadership decisions and choices you have made in your journey as an entrepreneur?
Leadership, according to me, is the ability to identify emerging trends—look at what they are before they are identified by a lot more people. I mean, take decisions, early decisions. We identified that textiles would be a problem before others did. Similarly, when we entered pharmaceuticals, it was a contrarian approach.

Q. What makes a great leader stand out over someone who is just very good at his or her job?
Firstly, what is a leader’s job? A leader’s job is to develop a good quality team and set a vision for the company. The leader must be able to anticipate what the environment is going to be before others can do so, and then show the courage to go and follow that. It requires a lot of courage to take certain decisions, which may be contrarian.

Q. Would you say leading from the front is about taking courageous decisions?
Definitely. A good leader has to have the courage to take a decision. The leader should be able to say, ‘I think this industry is going to be good’. Frankly, it is at such crucial times that leadership really matters.

Q. When large sums of money are involved or when a business fails, how do you maintain equanimity?
The key is that you accept both the highs and the lows; you retain an even mind. That’s what the Bhagavad Gita teaches, too. The Gita also says, do not worry about the results, focus on the action because if you focus on the action and if you take the right action, then you will get the right results. Result is nothing but action in another form.

Q. You have spoken about the Bhagavad Gita in the media as well, and we know that the values of the Piramal Group are a reflection of the values of the Piramal family.
The Bhagavad Gita covers all aspects of leadership and management. It teaches you to perform your action well and the results will follow. It teaches you not to grieve over losses. It teaches fearlessness and principles that distinguish great leaders from others. It also teaches trusteeship and humility.

Q. What are the principles you always keep in mind?
Face battles with equanimity. One can work hard but one can’t predict the outcome. There will be good times and there will be bad times, but one has to, to the extent possible, take things in one’s stride.

Q. Which leaders have deeply influenced you?
If you look at Mahatma Gandhi’s life, that is what has deeply influenced me. Here was a man barely 5 feet 3 inches tall, not a great or successful lawyer, and yet he could take on the mightiest empire in the world and force them to bend down.

Q. What leadership principles would you try to pass on to the next generation?
Leadership is also about setting a purpose for the organisation, a vision. It is really about values, and inculcating them in your employees. I am humble enough to realise that there are many people who know much more than I do on many subjects; so I listen to them. Integrity is also critical to leadership, so I believe there must always be alignment between what you think, say and do. 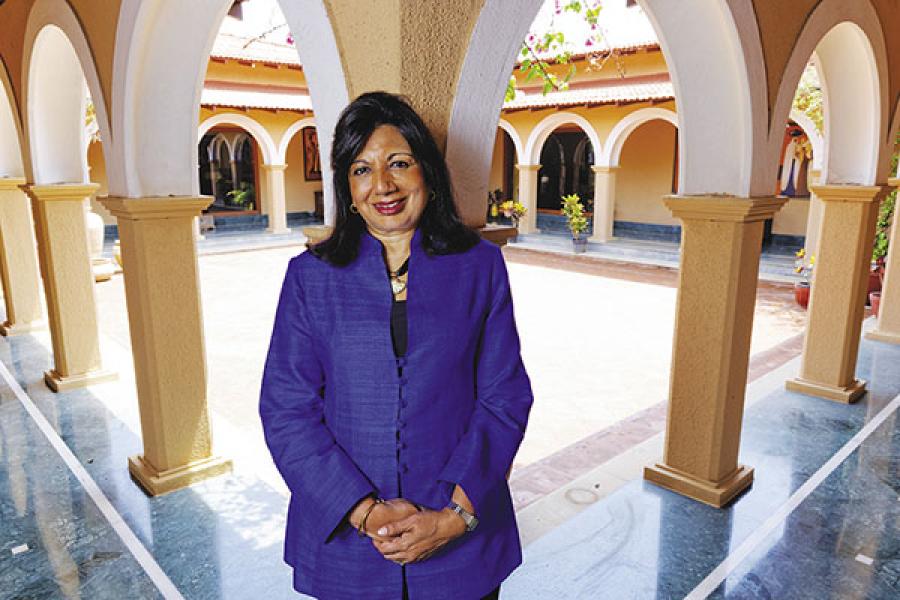 Q. What is your leadership style?
My leadership style is that of a scientist. It is about getting people excited about science. It’s also about making sure I go out and practice what I preach—the strategy, the philosophy, the value system that I told you about. I have always spoken to my colleagues about how different we can be—and should be—in the marketplace and how I don’t want to be imitated nor should we imitate what others are doing. So, leading from the front is about facing challenges and failures, and making sure you are part of that problem-solving team.

Q. How did you develop this style?
I started doing things that were quite different, unique. I became really confident when I went to Australia. Here I was, a young woman going abroad for the first time on my own. I was the only woman in my class, and I was doing something in a man’s world: I was studying brewing. It was a different ecosystem to be in and a singular opportunity to excel.

Q. What are the most important qualities needed in a startup entrepreneur?
One needs to have an absolute sense of purpose, commitment, passion and belief in the undertaking. Of course it is challenging, but one believes in it so totally that there is the willingness to face all odds—and those odds are about failure, about the risks taken and doing whatever it takes to succeed.

Q. There must have been failures in your own journey. What kept you going?
I have had many, many failures in my life, and I think it is failure that helps you learn and become stronger. It gives you much more knowledge about the way you are building your success. So I think you need to leverage failure to build success.

Q. Can you give some examples?
Failure is inherent in a technology such as biotech. One is bound to have products that do not work, markets that do not accept them and technologies that fail. But one just has to analyse these failures and work to fix them.

Q. What is the most important takeaway for you, having come this far?
It is to believe in what you are doing; if you do that, then everything will become much simpler and clearer.


Gunjan Jain is an author, with her first book ‘She Walks She Leads’ due for release in April 2016