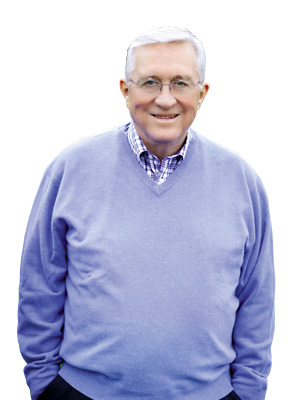 Clay Mathile sold pet food maker Iams Co. to Procter & Gamble for $2.3 billion in 1999. Since then he has spent $130 million to build the Aileron Institute, a non-profit boot camp for small business owners, near Dayton, Ohio. In his modern, 70,000-square-foot teaching centre, Mathile shares management and planning techniques with old-school entrepreneurs—owners of roofing, landscaping and metal-stamping firms—aiming to grow. I spent the day with him as he and Aileron President Joni Fedders mentored four contenders for Forbes’ list of America’s Most Promising Companies. After the sessions we chatted one-on-one. Some highlights:

Q. Entrepreneurs can be overly optimistic. What should they be more brutally honest about?
First and foremost, they have to be realistic about their product or service, and how it fits into the marketplace. They’ll learn very soon, because they’ll either generate revenue or they won’t. Equally as important is whether the CEO or founder of the business is capable of taking it to the next level.

Q. What are the most common mistakes small-business owners make?
Believe it or not, most of the businesses that we see [typically with $10 million to $20 million in annual revenue] have never written a business plan. The decision making is pretty much still confined to the CEO and his or her few trustees that could have been there for 20 years—and half of them need to be replaced. There are ways to do that better, to be a little more systematic and analytical. The payoff is significant.

Q. How do you measure Aileron’s success?
It’s really about jobs. In any free enterprise system putting your capital at risk to create jobs is the most moral thing you can do. If our clients are increasing employment, they’re increasing sales.

Q. Passion plays a big role in entrepreneurship. Why pet products for you?
It was an opportunity. When I scratched the surface, what Paul Iams had was amazing technology. You could feed his food to a dog, and that dog would be transformed over a short period of time. Could it have been another product? Easily. But to a farm boy, being in the food business, there was alignment.

Q. Did the demand for the product stoke your passion?
There wasn’t a lot of demand at first. I tell people that it took me five years to figure out I had a product that dogs wouldn’t eat and a package people wouldn’t buy. I had to change the form of the product, make it more appealing to the pet and put it in a package that was consumer-friendly.

Q. If entrepreneurs had to read three things, what would you suggest (beyond the Aileron playbook)?
One, biographies of successful people. Two, something to do with a thought, but not a theoretical one: Michael Porter on sustainable competitive advantage; Peter Drucker on management. And then inspirational books that cause people to go beyond themselves, about people who struggle.

Q. Any words of inspiration to help our readers go beyond themselves?
If you have a great product or service you believe in, don’t give up. Just keep going, fighting, scratching. It’s going to be the hardest thing you ever did. But it’s one of the most rewarding things that I’ve ever done in my life.

Tweets by @forbes_india
What Ails Microfinance?
A Himalayan Trail on Foreign Shores