The oldest Grand Slam has more to it than tennis 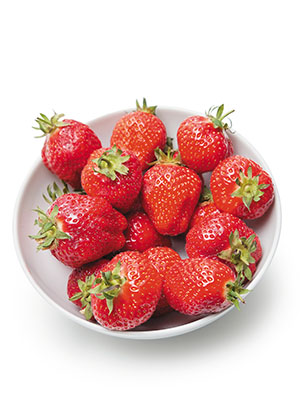 1. The trophy for the men’s singles is a gold cup that stands 18-and-a-half inches high, and has a diameter of 7-and-a-half inches. Strangely enough, no one quite seems to know what  the carving of a pineapple  is doing atop this magnificent cup. One theory says it has to do with the tradition of British navy captains putting a pineapple atop their gateposts on returning home from sea.

2. For some unexplained reason, strawberries and cream are synonymous with the championship.
A staggering 28,000 kg of the fruit are consumed during the Wimbledon fortnight, served along with 7,000 litres of fresh cream. The berries are always freshly picked in Kent and arrive at the venue early in the morning.

3. In 1975, for the first time chairs were provided for players to rest when changing ends. 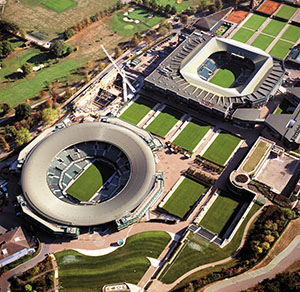 4. The 19 courts at Wimbledon are made of rye grass (it is the only Grand Slam played on grass courts), which has the ability to stand wear and tear. One tonne of grass seed is used every year. A team of 45 people maintain the courts; during the championship, they mow, roll and re-line the courts every day, and use more than 11,000 litres of water to maintain the grass.

6. Rufus is the resident hawk at Wimbledon. A Harris Hawk, he visits the club on most weeks of the year to keep local pigeons away. During the championships, his patrols are stepped up. 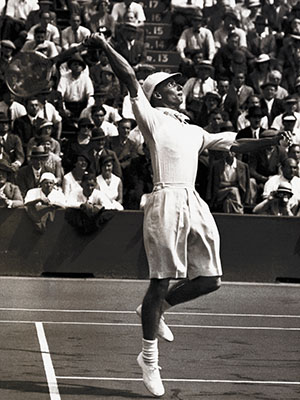 7. Brame Hillyard became the first man to play in shorts on court 10 at Wimbledon in 1930. In 1933, Bunny Austin wore shorts on Centre Court. The women’s hemlines had been rising for a while (they began at the ankles), but it was only in 1949 that Gertrude “Gussie” Moran shocked the staid spectators and press by turning up in a skirt short enough to make her ruffled underwear clearly visible.

8. The catering for Wimbledon is the largest for any sporting event in Europe. In 2012, it sold 12,000 bananas (for players), 142,000 portions of strawberries, and saw a million separate transactions.

Tweets by @forbesindia
The Dynamic Duo: Indra Nooyi and Padmasree Warrior Have Much in Common
Trivitron and the Impending Rise of Medical Technology