Track your lunch with HyperTrack

HyperTrack lets ecommerce enterprises, and their customers, know the location of each delivery 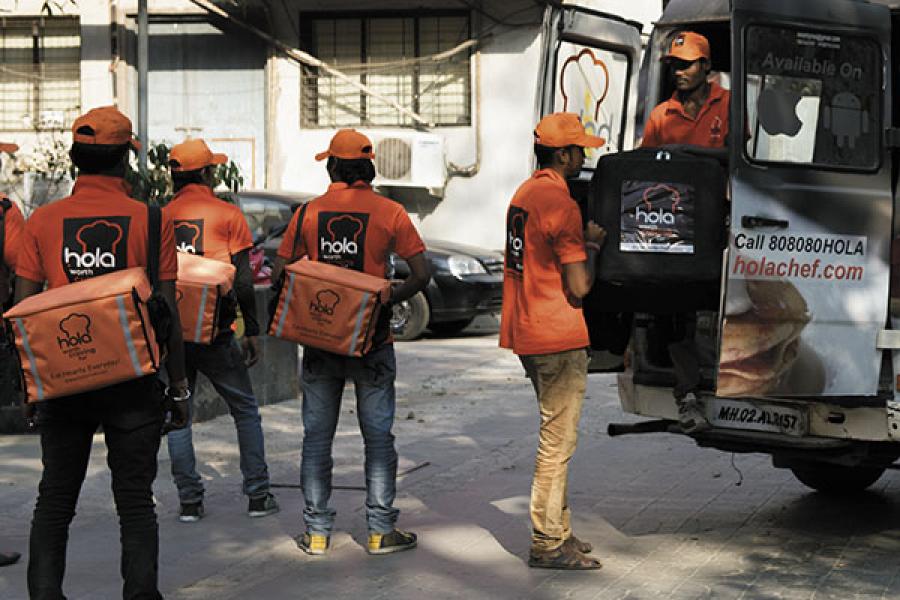 Image: Mexy Xavier
Holachef has signed on with HyperTrack to check the location of its delivery staff

Saurabh Saxena, CEO of Holachef, a food delivery service in Mumbai, faces a knotty problem every time any of his 80 delivery boys goes out on a job: He’s got no way to track them. “It’s annoying and leads to inefficiencies in the business,” he says. Not to forget impatient customers who want updates on the status of their deliveries.

Coordinating and tracking these logistics have become imperative for a lot of businesses. Being able to know the location and status of their cab or parcel is something that customers are beginning to expect. And yet the technology required to provide this information is often not the core competency of the cab or courier company.

Deorah likens the rise of the ecommerce industry to a ‘gold rush’. “Just as shovel makers made the most money during the gold rush, we wanted to do the same,” he says. Along with partner and fellow IIT-Bombay alumnus Tapan Pandita, Deorah saw the opportunity for a GPS (global positioning system)-based tracking service, and they launched a private beta version of HyperTrack in November 2015.

HyperTrack uses GPS data from the smartphones of delivery boys to track their position and calculate an expected time of arrival after factoring in conditions such as traffic. This information is then available on the app of the company that has integrated HyperTrack’s API (application programming interface) with its software. So Saxena, as well as his customers, can track delivery boys. “A software like this is not our core competency and we saw no need to reinvent the wheel,” says Saxena, who signed on as one of the first users of HyperTrack.

GPS-based vehicle tracking softwares are not new. But this, claims Deorah, is the first tracking software available as an off-the-shelf product for enterprises that need to track individual delivery staff. So far it has signed on ecommerce companies such as Shadowfax, PharmEasy, Scootsy, Toppr and BookMyStorage.

For now, HyperTrack, which refused to reveal their investors or how much they have raised, offers 10,000 free tasks and then charges Rs2.5 per tracking request. So each time a customer checks where an order is, HyperTrack gets paid; enterprises don’t pay to install the tracking system on their own software.

In late June, it planned to launch a SendETA app, a free service for individual users who want to update friends and workers on their location.

Tweets by @forbes_india
Ten interesting things we read this week
For R Balki, it all comes down to the story