When the quantity and quality of manufacturing output are highly uncertain, managers can satisfy customer demand while minimizing the cost of too much or too little inventory if they choose the right level of production

Painting automobile bumpers can be quite complicated. At a major bumper manufacturing facility in Michigan, about one bumper out of four is defective and must be rerouted and repainted. Bumpers are produced on a single machine, one batch after another, and each batch consists of bumpers for a particular car model and color. Changeovers between batches are expensive and can take a long time. The bumpers need to dry before they can be inspected, but by then another batch is already in production so plant managers do not know exactly how many good bumpers they will have before starting the next batch.

Because the production yield is very unpredictable, a sizeable stock of bumpers has to be kept on hand in a very large storage system, with significant costs. “It was getting unwieldy,” says Chicago Booth professor John R. Birge, whose visit to the Michigan plant motivated him and coauthors Scott E. Grasman of Missouri University of Science and Technology and Tava Lennon Olsen of the University of Auckland to develop a production control system that would allow the bumper producer, as well as other similar manufacturing plants, to have as many bumpers available as possible while minimizing costs. 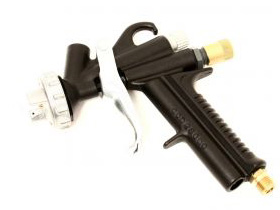 The key is to find the right basestock level or the optimal number of bumpers that managers plan to produce, which they discuss in a study titled “Setting Basestock Levels in Multi-Product Systems with Setups and Random Yield.” If managers set the basestock levels too low, then the company may run out of bumpers to satisfy demand from car manufacturers and the plant would have to go on overtime and possibly hire more workers. If basestock levels are set too high, then the company may end up with too many bumpers that nobody wants. Both scenarios will result in substantial costs to the company. “The idea of finding the optimal basestock level is to set it somewhere in between too many and too few, to get the right balance,” Birge says.

For instance, only about half of semiconductor chips pass inspection after the first try, according to previous studies. Similar to producing bumpers in several colors, semiconductor manufacturers have to make different types of chips that go into computers, cell phones, and other digital devices and consumer appliances. Moreover, machines that make these semiconductors tend to be very expensive, so the chips are usually produced in different batches, one type after another, on just one machine. As a result, it is difficult to predict how many defective chips are in a particular batch before production of the next batch starts.

New manufacturing facilities also typically have yields that are very low. Output improves as more is learned about the production process, but generally never reaches the point where no defective items are produced. This is because rapidly changing technologies can make a production process obsolete even before it is well understood, or it may not be financially justifiable to correct the yield problem. Thus, random yield models are valuable in helping an operation run more efficiently.

But very few studies have analyzed random yield models when multiple products can be made on a single machine, as with the cases of car bumpers and semiconductor chips. Moreover, unlike other studies that make ad hoc calculations of what the basestock levels ought to be, the methods developed by Birge and his coauthors give more consistent cost estimates that managers can rely on when planning how much of each item to produce. “It allows the manufacturer to design the sequence of products in such a way that it can be very confident about knowing how often it would be able to avoid using overtime and how much inventory it will have,” says Birge.

Choosing How Much to Make
The authors analyze a manufacturing system where all products must be produced on a single machine and the output is highly variable. Production of each item continues until the inventory position reaches the chosen basestock level. If a customer’s order is more than what is available in inventory, then the order is either backlogged or the sale is lost. Because of the delay between production and inspection, defective items cannot immediately be routed back to the production line. Defective items are temporarily stored in a rework storage queue until the next production cycle.

In this type of system, the best balance between too much and too little inventory can be found by setting the basestock levels at the point that minimizes the costs of shortage, holding inventory, reworking defective items, and setting up the machine before it switches over to the next item. The method of finding the right basestock levels will differ depending on whether orders can be backlogged.

If a customer wants to buy red bumpers but the company runs out of them, it can still take a customer’s order and deliver the red bumpers in the future. This backlog of orders, however, comes with a cost: The company has to pay a penalty for every period that it fails to deliver the red bumpers. Thus, in a production system with backlogging, finding the optimal basestock levels involves choosing the amount of bumpers to produce that keeps down the costs of holding inventory and setting up for the next batch as well as penalties for orders that have yet to be delivered.

But if backlogs are not allowed, a company will have to turn down a customer’s request for red bumpers if the order cannot be met with what is in stock or what is currently in production. In this case, the company loses the sale. Unlike in backlogging, choosing the best possible basestock levels in this type of system entails minimizing not only inventory and setup costs but also the cost of losing sales and reworking defective items. The expense of reworking defective items is relevant because faulty bumpers—which cannot be sold immediately—are repainted anyway and eventually end up in inventory, which in turn affects the decision of how many bumpers to produce in the next period. Rework costs include the cost of scrapping a previous attempt at making a bumper or the cost of getting the item ready to run through the production process again.

The authors propose that finding the optimal basestock levels in a system with backlogging is similar to solving the so-called “news vendor problem,” which asks how many newspapers a vendor should put on the newsstand without knowing what the demand will be.

On the other hand, finding the best possible basestock levels when unmet orders lead to lost sales can be very time consuming to calculate. To get around this difficulty, the authors developed a method that approximates some of the key variables that go into the optimization problem. They find that this “heuristic” approach closely predicts the cost of a production system with lost sales, where the difference between the predicted and actual costs was on average very small.