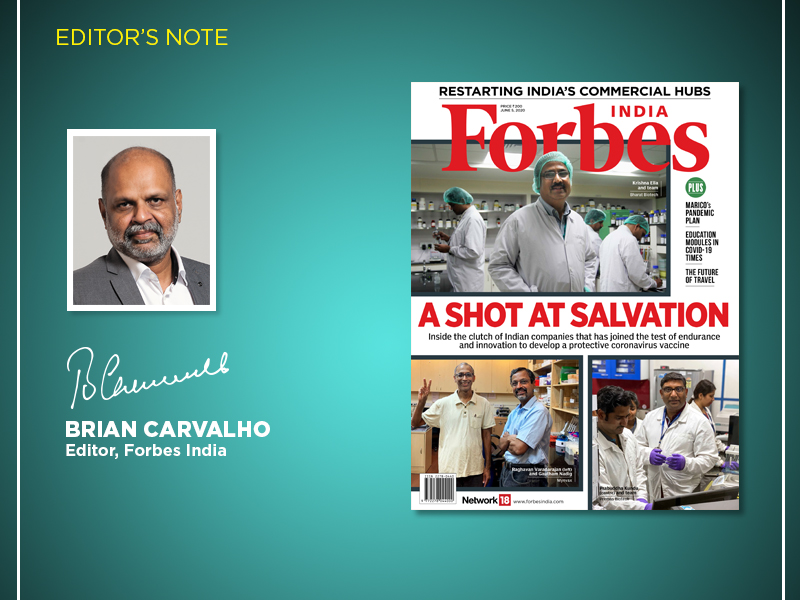 Months from now—or even years—we will know who the most effective leaders during the Covid-19 crisis were. Leaders of countries, of institutions, of startups, of men, women and children. That will be determined by the number of lives they save, by waking up early to the pandemic, and how they save livelihoods, by ensuring economic succour for those who need it most, and need it fast.

Leadership response to Covid-19 across the globe has been, to put it mildly, mixed. You had heads of state who refused to acknowledge the clear and present viral threat. Losing economic leverage was thought to be a bigger danger. Until the death rates surged. By then precious time had been lost to create critical infrastructure—personal protective equipment, testing capacity and ventilators.

At the other end of the spectrum you have New Zealand Prime Minister (PM) Jacinda Ardern who epidemiologists acknowledge was at the helm of the most “decisive” lockdown in the world. For starters, she called out the bluff of herd immunity, a ‘strategy’ that many of her global counterparts had bought into. This essentially means a country will lose tens of thousands of people before the rest who survive become immune to the disease.

Ardern instead chose to eliminate the virus—a viable strategy in a country with a population of close to 5 million, and population density of 18 people per sq km. Leadership is also about getting people to buy into your ideas, and New Zealanders overwhelmingly supported, and understood, the PM’s plea for a strict lockdown. As of mid-May, the country’s curve of cases had flattened to around 1,500, and daily cases had crashed from over 900 in the beginning of April to well under 100. The economic stimulus, too, came early—in mid-March—with most of the $7.3 billion going towards wage subsidies for businesses.

Following a similar roadmap back in India is Kerala —starting early (the state’s health minister began preparations in January), and proactively following the protocol of test, trace, isolate and support. Result? As of May 18, the state with a 35 million population—some 2 million of whom are Gulf migrants—had 601 confirmed cases (100 of them active) and four deaths. India, meanwhile, had shot up in the global table to No 11, with a little over 96,000 cases and 3,000 deaths.

India’s sheer number of people, their movement and density make containing Covid-19 a herculean challenge. The biggest hubs of industry, commerce and labour—Delhi and its neighbouring territories, Mumbai and Ahmedabad —are still raging hotspots. In Forbes India’s continuing coverage of Covid-19, our writers Manu Balachandran, Monica Bathija and Naandika Tripathi capture the reasons for the graph refusing to dip in these cities, and how civic authorities are valiantly attempting to contain the spread.

Containment is a best-case scenario, in a larger setting in which the virus is here to stay. The most effective tool to protect us is a vaccine, and across the world, researchers are on overdrive to develop one. It’s a race against time, and plenty of odds—the entire journey from the labs to public use is long (12 to 18 months is an optimistic projection), and most (over 90 percent) of the candidates will fall by the wayside. Divya Shekhar delves into the efforts of a handful of Indian companies to develop a protective vaccine, using diverse approaches. These are early days and, as Shekhar writes, the big challenge will be after animal trials when the vaccine will have to be administered to humans. Till then, the virus will continue playing hide and seek. Best,
Brian Carvalho
Editor, Forbes India
Email:Brian.Carvalho@nw18.com
Twitter id:@Brianc_Ed