A COVID Christmas comes to Bethlehem

The coronavirus pandemic has put a damper on Christmas at the place where it is said to have all begun. 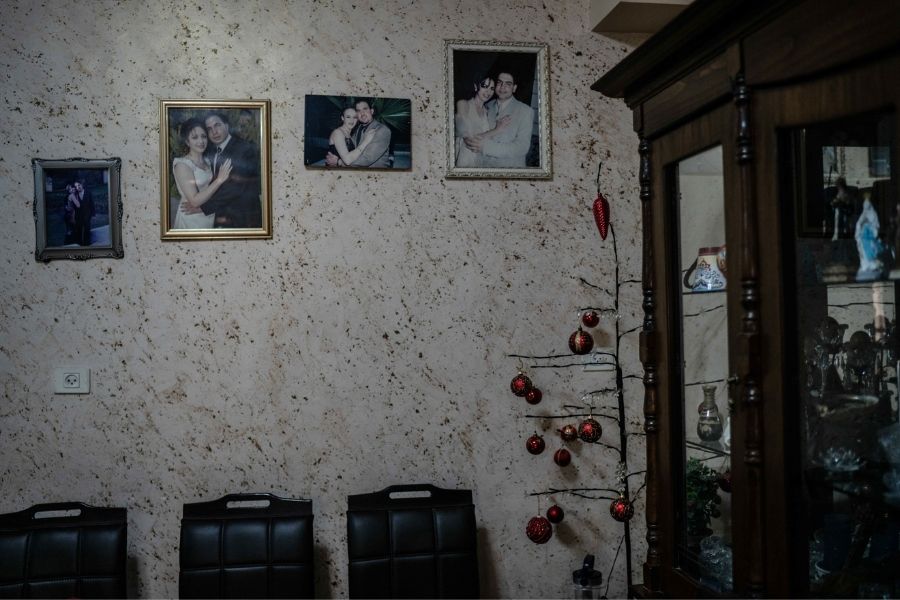 Decorations hang from a modest wire tree at Lorette Zoughbi's home — she and her husband have a full-size one they decided not to bother putting up this Christmas — in the West Bank town of Bethlehem, Dec. 18, 2020. Every Christmas, Bethlehem becomes a bustling hub for pilgrims, tourists and dignitaries. Not this year. (Samar Hazboun/The New York Times)