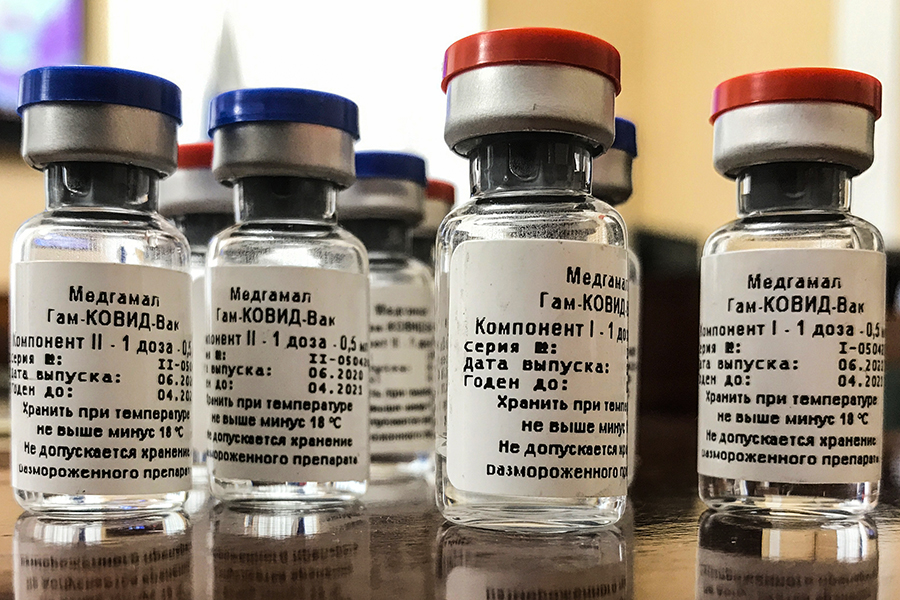 MOSCOW, RUSSIA - AUGUST 12, 2020: Ampoules with a COVID-19 vaccine developed by the Gamalei Scientific Research Institute of Epidemiology and Microbiology of the Russian Healthcare Ministry. Gam-COVID-Vac is a vector two-component adenovirus based vaccine. The vaccine will be available to general public on January 1, 2021. Image: Mikhail Japaridze\TASS via Getty Images