Kerala billionaire donates wealth and kidney to push for transplants 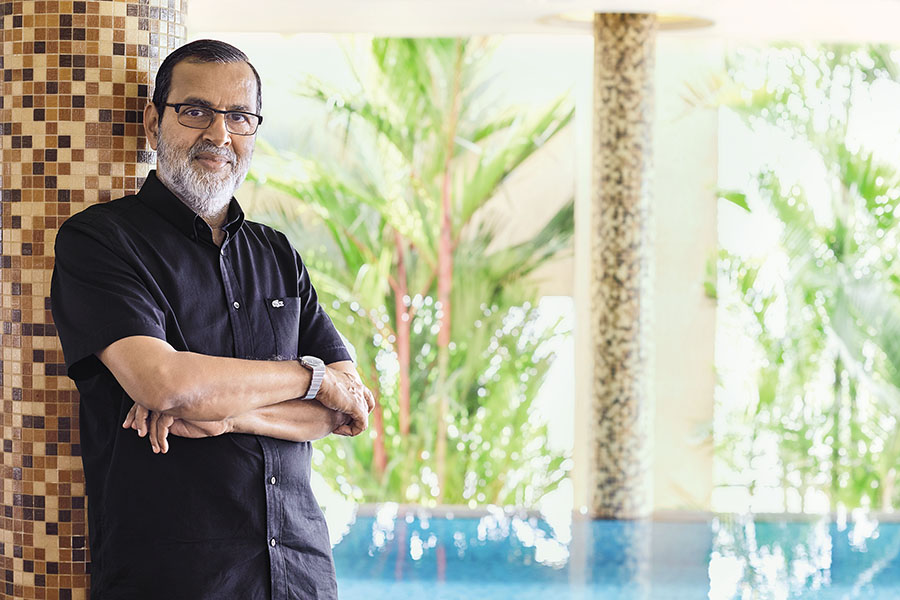 Kochouseph Chittilappilly: It wasn’t such a big deal. All you need is a little bit of courage.
Image: Ritam Banerjee for Forbes
As his 60th birthday drew close, Kochouseph Chittilappilly couldn’t help but acknowledge that life was good. The business magnate had builtw from scratch an empire comprising electrical and electronic equipment and amusement parks. Nonetheless, Chittilappilly was overcome by the urge “to do something larger with my life”.

In 2011, two months after he turned 60, the tycoon checked into a hospital in Kochi, accompanied by his anxious family. There he underwent a four-hour surgery to remove one of his kidneys, not because it was diseased or dysfunctional. Chittilappilly had agreed to donate the organ to an ailing trucker, who was a complete stranger.

Chittilappilly’s ambition was to start a kidney exchange or what he hoped would be the first link in a long chain of kidney donors. A member of the recipient’s family (in this case, the trucker’s wife, whose kidney wasn’t compatible for her husband) had to agree to donate their kidney to someone else in need. This unorthodox act of charity unravelled as a string when one recipient lacked clan support, but it was a turning point for the original giver.

Since then, Chittilappilly has handed over the running of his two listed companies, V-Guard Industries (revenue: $320 million) and Wonderla Holidays (revenue: $38 million), to his two sons and chosen to mostly focus on philanthropic pursuits. In 2012 he set up the eponymous K Chittilappilly Foundation to which he donates a major part of his annual earnings, including dividends ($1.2 million in 2017).

There’s plenty left—Chittilappilly debuted on Forbes’s Billionaires List this year with a net worth of $1.2 billion. While he hasn’t signed the Giving Pledge, he has promised to give away a third of his fortune in his lifetime and has transferred some shares of his listed units to a trust earmarked for charity. (The stock market and rupee meltdown have shrunk his net worth to $850 million.)

Chittilappilly, whose kidney donation thrust him into the spotlight, is well-recognised today as the biggest advocate of organ donation in his home state of Kerala. “In a single stroke, Kochouseph has changed how society views organ donations. It has led to a new awakening,” says his pal CJ George, founder and managing director of financial services firm Geojit, who also sits on the board of V-Guard.

According to one government estimate, India has 200,000 new kidney transplant candidates every year but only 7,500 selfless donors. This wide gap between demand and supply creates inducements to the poor to sell their kidneys to well-off patients. In recent years this illegal trade has been uncovered in well-known hospitals in Mumbai and Delhi.

A 1994 law forbids selling human organs for transplants, but underground operators find ways around it. “The law is good, but it is often flouted,” says Vivekanand Jha, executive director of the George Institute for Global Health, a Delhi research outfit focusing on non-communicable diseases.

Apart from a paucity of living donors, age-old religious and cultural taboos prevent the donation of organs after death. For Chittilappilly, breaking such taboos to increase the supply of organs from both living donors and cadavers has become a personal mission.

Seated at a conference table, Chittilappilly comes across as more of a social activist than a successful industrialist. A collection of trophies and plaques are arranged against one wall as is a framed quote that reads “I’m gonna make the rest of my life the best of my life.”

In lieu of legal organ sales, his foundation annually recognises families of poor post-death donors with cash awards ranging from $1,400 to $7,000. “In the absence of social security in India, if the head of a poor household falls ill and dies, the family has to undergo immense financial hardship,” notes its executive director, George Sleeba.

The foundation also underwrites the cost of dialysis treatment for more than 3,000 poor patients every year. Recently, it broadened its scope to cover other ailments such as filariasis, a parasitic disease spread through mosquitoes that causes elephantiasis where the lower limbs swell to unnatural proportions. And after floods struck Kerala in 2018, Chittilappilly wrote a $700,000 cheque to provide immediate assistance and rebuild houses.

"Kochouseph has changed how society views organ donations. It has led to a new awakening.”
CJ George, founder & MD, Geojit

One of six siblings, Chittilappilly grew up amid rice fields in a village near the temple town of Guruvayur, where he dreamt of becoming a scientist. His land-owning family was relatively well-off. His parents paid the school fees of children who couldn’t afford them. After graduate studies in physics and electronics, Chittilappilly joined a small firm that made voltage stabilisers, a much-needed product in India where electricity supply can be erratic.

But the firm wasn’t doing well due to financial issues. Confident that he could make a superior product, Chittilappilly wanted his own venture, but no bank would give him a loan. “The failure rate of businesses in Kerala, which was ruled by a Communist government, was high,” he recalls. In 1977 he borrowed the equivalent of $1,400 from his father and started out in a small shed with two workers.

V-Guard grew on the back of an inefficient, state-owned electricity transmission network in South India. With frequent brownouts, every home with any electrical gadget needed a voltage stabiliser.

But labour troubles came early, and Chittilappilly had to personally load goods onto trucks. To circumvent militant unions, he outsourced manufacturing to groups of women, whom he trained to ensure quality standards. Over the years he added an array of products such as pumps, electric water heaters and kitchen appliances.

Again facing scepticism by banks, Chittilappilly thought Kerala could use an amusement park. Its many migrant workers would bring back memories of such fun abroad, he figured. “Moreover, there’s a lot of technology behind the curtain in an amusement park; that excited me,” he explains. Since opening his first theme park in Kochi in 2000, he has added others in Bengaluru and Hyderabad with a fourth being built in Chennai.

Chittilappilly says that the philanthropist in him emerged late. “My first three priorities used to be business, business, business,” he admits. But with both of his companies listed in the past decade, he had new wherewithal. Encouraged by his family, he bought land to build an old-age home for destitute women in his village. He also built a hostel for poor rural girls.

The idea of donating his kidney took root after a distant relative died of renal failure. When he told his family, “we thought he was joking”, says son Mithun, a Melbourne Business School grad, who runs V-Guard as managing director. Chittilappilly’s wife tried to dissuade him and suggested he donate money instead.

In a memoir he subsequently wrote, Chittilappilly explained that true charity isn’t about giving accumulated money or goods but rather “what’s ours”. He joked to loved ones that he was only giving away an old kidney and was confident that the risk was minimal: “I had the best doctors taking care of me. My philosophy was, I can’t climb Mount Everest, but this I can do.”

After a battery of tests determined he was medically fit, Chittilappilly sought to identify a worthy recipient. He contacted Davis Chiramel, a Catholic priest who had donated his kidney to a stranger in 2009. Chiramel was also the founder of the Kidney Federation of India, a non-profit to promote organ donation in Kerala. (Chittilappilly is now a patron along with Middle East tycoons MA Yusuff Ali of the Lulu Group, developer PNC Menon and jewellery retailer Joy Alukkas.)

Chiramel recalls that he was initially incredulous that a businessman of Chittilappilly’s stature was willing to take such a step and asked to meet his family. Once satisfied, he made the connection with the truck driver.

As per Indian rules, an organ donor is preferably a “near relative”. Not being related to the recipient, Chittilappilly had to contend with a thicket of bureaucratic approvals requiring an affidavit and an appearance before a medical ethics committee. “One day a police officer even visited my home to check if I was getting paid for my kidney,” he laughs.

Two weeks after being discharged, Chittilappilly was back at work. He insists he leads a normal life with no restrictions. “I’m not conscious at all of having one kidney.” (His recipient, too, remains in good health.)

Chiramel says Chittilappilly’s organ donation was a huge boost. It has brought in hundreds of volunteer donors and an even greater number signing organ donor cards that will kick in once they die. The Federation has 1 million on file now.

Chittilappilly says the media frenzy following his kidney donation took him by surprise. But it has helped him land speaking gigs (such as TedX), which he uses to spread the word. “Honestly, for me, it wasn’t such a big deal,” he says. “All you need is a little bit of courage.”