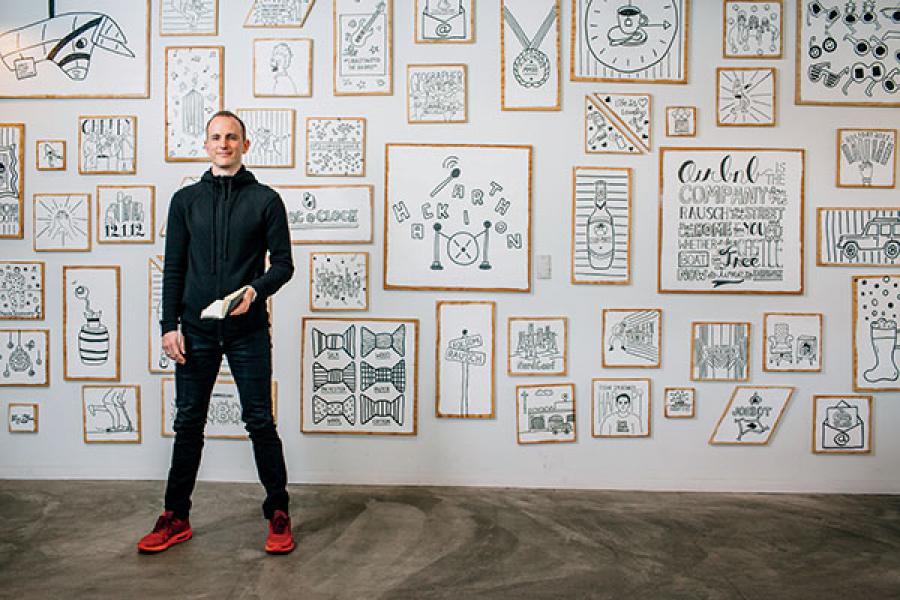 After graduating from college in 2005, graphic designer Joe Gebbia traversed the East Coast, hunting for a job. Despite obvious talents, nobody wanted him.

Now the co-founder of Airbnb—the “sharing economy” icon expected to raise money soon at an astounding $20 billion valuation—is a 34-year-old billionaire. Gebbia has been rethink- ing how his firm approaches hiring.

Last quarter, Airbnb got 50,000 applications for just 300 jobs. Expand a business that fast and it’s hard to keep the little stuff running well. (Dig back far enough on the career site Glassdoor.com and there’s a post by a disappointed Airbnb job-seeker recounting a series of “disorganised” Skype calls with recruiters, in which “not a single one looked at my résumé”.) Big salaries and lavish perks are required to mask the reputational damage.

Gebbia began feeling uneasy about the company’s HR “blind spot” in 2011, when Airbnb surged from 50 employees to 500. Job interviews weren’t happening on schedule. And when they finally took place, strong prospects were left in limbo for weeks. Candidates were so irritated that when Airbnb finally did make job offers, only 50 percent to 60 percent said yes. (Most companies aim for rates of at least 75 percent.)

So Gebbia pushed the old-fashioned virtues of timeliness, clarity and courtesy. “Everything at Airbnb is a continuation of what it’s like to be a guest in somebody’s house,” he says. “We think about how each stage makes people feel.”

Step into the recruiting quadrant of Airbnb’s big, open-plan workspace and the first thing you see is a 10-foot-long storyboard showing the ten key stages of hiring. (Two of Airbnb’s founders graduated from the Rhode Island School of Design, so they create Walt Disney-style storyboards with the same zeal that management consultants have for PowerPoint.) Each stage shows the steps to be taken and a few words about candidates’ desired mood. Terms such as “prepared” and “feeling loved” abound.

It’s no longer tolerable for Airbnb’s interviewers to postpone candidate reviews until weeks after the in-person interviews. Well thought-out decisions within two or three days are mandated. A cheery tone helps, too. Airbnb now pairs each candidate with a recruiting coordinator: A well-paid, amiable staffer who ensures that the small moments go well, such as an email heads-up about parking directions.

Something as simple as Airbnb’s eagerness to bring him a glass of water before a key interview made a big impression on Matt Ziskie, a global travel manager. He joined within the past six months. But not every gesture pays off. Recruiter Laura Terheyden recalls sending one star engineer a custom-designed Airbnb onesie for his infant son. “I got a lovely thank you note, but he chose to work somewhere else,” Terheyden ruefully recalls.

Overall, according to Jill Riopelle, Airbnb’s head of recruiting, the storyboarding exercise underscored the importance of moving briskly. Airbnb’s job-offer acceptance rate for engineers has climbed to 80 percent, the kind of figure that helps the company win tussles with the likes of Twitter and Uber.