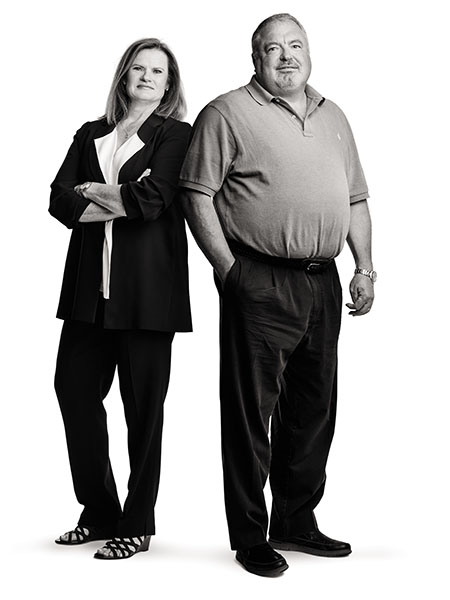 Wife, stuck at home raising six kids, is frustrated with husband’s time away from home on his consulting job. Maybe she could start a little business on the side and, if it works out, draw him into it. So she starts an insurance agency. Eventually, he joins.

Nifty idea. Sixteen years later, the family’s stake in that agency is worth $1 billion.

This is the story of Robyn and Mark Jones, teenage sweethearts in Leftbridge, Alberta, who, to the consternation of their families, got married when they were barely out of high school. Mark went to work driving trucks for Robyn’s father’s fertiliser business. Two years later he enrolled at the University of Alberta.

By 1985, they were living in Calgary with three children on Mark’s $18,000 (Canadian) salary as a CPA. Robyn recalls, “I cooked everything. I made the kids’ clothes for the most part. I did everything as inexpensively as I could, and we were always underwater.”

He borrowed money to go to Harvard Business School. Their fifth child was born the day of his first midterm.

The gamble paid off: Mark landed a job at Bain after graduating in 1991, but his road warrior lifestyle all but made Robyn into a single mother. In 2002 the restless homemaker started flipping homes. She didn’t get very far, selling only three houses.

One of her pain points was dealing with mediocre insurance agents who couldn’t answer her questions. She thought she could do it better and became an agent herself. Looking at the other people training for the licensing exam, she realised the competition would be weak. “They were midlife. Nobody was young and fresh and enthusiastic,” Robyn says. “And some of the questions that they asked indicated that it was just difficult intellectually for them.”

She became a licensed insurance agent and started an agency in 2003, a puzzling move to her friends and family, given Mark’s high-paying job. “Mark and I have made many decisions people didn’t agree with,” she says.

Since last year’s IPO, Goosehead shares have more than quadrupled, giving it a valuation of $1.8 billion

Even more puzzling: Mark’s choice, in 2004, to quit Bain and join her in a Westlake, Texas, enterprise that now goes by the name Goosehead Insurance. Neither Mark nor Robyn took a salary for the first two years, but the company hit its stride in 2006 with the hiring of its first customer service agent.

The business of retailing personal property and casualty policies—that is, insurance for home and auto owners—is fragmented. A typical agency is a small business with a handful of agents who work out of one location. Some of these agencies, like the one Robyn started, sell for many insurers (like Travelers, Hartford and Progressive), some for only one (like Allstate or State Farm). 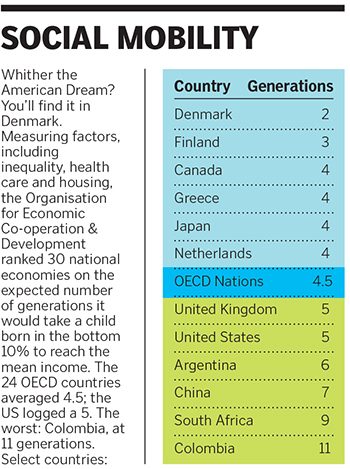 In most of these agencies, agents both sell and service. They must have a salesman’s personality and also the patience to take calls about collisions and burst pipes.

The Goosehead founders’ big insight was that these functions should be split. “It didn’t take us long to realise sales and service people are two different animals,” Robyn says. “We think of them as hunters and farmers.”

Hunting is done by salespeople who work for either Goosehead or one of its rapidly growing national collection of franchised agencies. Farming—the administrative work, technology, customer support and interaction with more than 80 insurance carriers—is done by a separate staff in the Texas headquarters.

Persuading salespeople to have someone else make their customers happy was hard. “I was resistant to it because I always thought I knew best how to service my client,” says Gary Delavan, who started as a salesperson in 2005 and now oversees Goosehead’s corporate agents. Every time the customer service agent heard him helping a client, she would shoot Delavan with a Nerf gun. “The second I finally let go, I realised she was way better at it than me—and the clients got a better experience, and I had more time to do the stuff I was better at,” he says.

One of the first franchisees was Collin Phaup of Tyler, Texas, who signed on in 2012. In six years with Goosehead he has created a larger agency—1,800 policies worth $2.9 million in annual premiums—than his father did in 28 years with Farmers Insurance. “For the number of policies, I should really have six full-time customer service reps and an office manager to handle HR,” Phaup says. “At this point, I have myself and two producers, nobody else. Goosehead takes the rest off my plate.”

The second insight was that Goosehead could dispense with an advertising budget by relying on referrals. “They’ve found a pretty compelling niche market in terms of wanting to be the preferred agent for mortgage deals,” says Keith Cornelius, a JPMorgan Chase analyst. This is an outgrowth of Robyn Jones’s frustrations in the real estate market. You can’t close on a mortgage without homeowner insurance, so the mortgage broker is motivated to line up an agent.

Goosehead hired employees who were the opposite of what Robyn saw in her insurance licensing class. “I’m 57. Robyn is 57,” Mark says. “Everyone else I hired right out of college or shortly out of college. There’s tremendous youth and energy. You don’t see that if you walk into an insurance company.”

You also don’t see growth like Goosehead’s. In the first quarter, the corporate agency plus the 501 franchisees hauled in $147 million of premiums, up by 45 percent from the year before. Net income almost doubled to $7.3 million. Since last year’s IPO, Goosehead shares have more than quadrupled, giving the company a valuation of $1.8 billion. The Jones family owns 56 percent of it.

Have their work habits damaged family ties? There was an awkward moment when they fired their youngest child from his position as janitor. He was 12 years old. Since then the kid has rehabilitated his career and is now, at 27, Goose­head’s controller. At a recent dinner in Westlake, an affluent suburb of Fort Worth, four of six children and eight of 13 grandkids were in attendance.

Mark, chief executive, aims to make ­Goosehead the biggest distributor of personal insurance in the US during his lifetime. That would mean overtaking both Geico and State Farm, an ambitious undertaking. “There’s two variables,” he says: “How fast do we grow and how long do I live?”

Robyn, Goosehead’s vice chairman, does recruiting and runs the women’s mentorship programme but has scaled back her role to spend time with her grandchildren and, as was her initial goal, her husband. “Running the business,” Robyn says, “is absolutely not my passion. Having created a successful business so that Mark doesn’t travel, that’s my passion.”

Tweets by @forbesindia
After 15-year skirmish, US is cleared to impose tariffs on EU
Could bringing your "whole self" to work curb unethical behavior?