Bitcoin's hash rate discount is reportedly at its greatest since 2020

According to the senior commodity analyst, positive on Bitcoin, the relative discount to hash rate has reached levels last seen in the first quarter of 2020 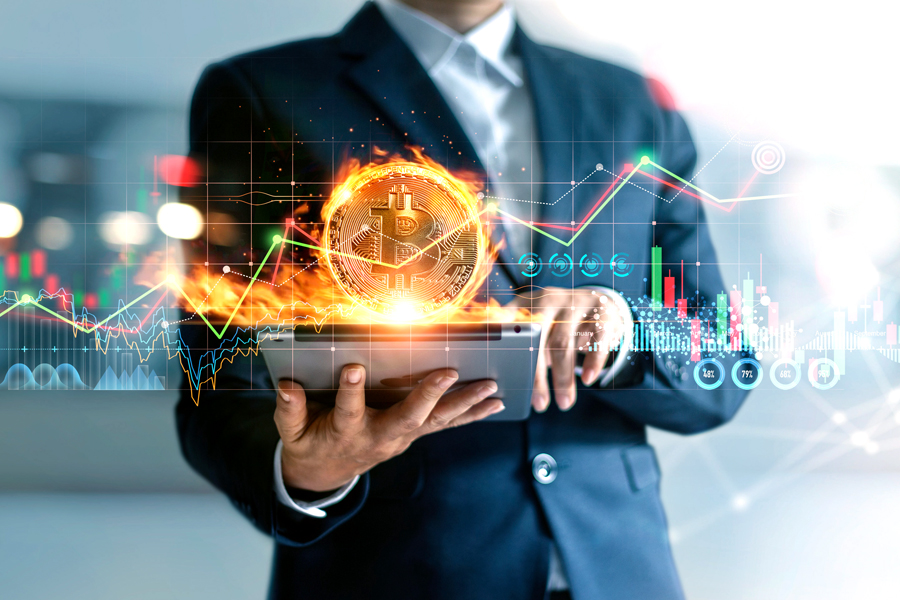 The greatest since the first quarter of 2020, according to senior commodity strategist at Bloomberg Intelligence Mike McGlone, Bitcoin's relative discount to its peak hash rate in October might soon lead to a return to "its propensity to outperform most assets."The analyst said in a tweet on October 19 that the relationship between Bitcoin's rising hash rate, which is a gauge of the blockchain's processing power and security, and its price points is concerning "to risk/reward leaning favourably."Theoretically, according to many, Bitcoin's hash rate should increase concerning the currency's price. In October, the 10-day average hash rate for Bitcoin was "roughly equivalent" to the level it should be at, which is around $70,000, according to a graph that McGlone displayed. By contrast, as of October 18, the cost is approx to $19,500.According to McGlone, the last time there was such a disparity between the price and the hash rate was during the "1Q 2020 swoon" -a decline that came before a sharp rise that continued through 2020 and 2021.McGlone hinted that it's conceivable we're now witnessing a "similar price foundation forming now."The analyst claimed that Bitcoin may be experiencing an uptrend due to its high crash rates and increased demand, acceptance, and regulation, an "inexorable phase of its migration into the mainstream and at a relatively discounted price."McGlone further said that the crypto is exhibiting symptoms of "bottoming" in 4Q 2022 and that, given the rules of supply and demand, the price of Bitcoin "should continue to grow over time.""It's little surprise that a relatively new asset that had skyrocketed has declined due to the rapid pace of Federal Reserve tightening in 2022, but Bitcoin is showing signs of bottoming and divergent strength in 4Q," he added.A previous report showed that BTC had the potential to reach almost $100K in 2022. This was speculated as the digital currency completed its transition from a risk-on to a risk-off asset. The analyst also suggested that BTC is a "wild card" that is "ripe" to outperform once traditional stocks finally bottom out. The Federal Reserve's increased quantitative tightening comes on the heels of several major interest rate hikes in 2022, the most recent of which was a 75 basis point increase on July 27.Shashank is founder at yMedia. He ventured into crypto in 2013 and is an ETH maximalist.