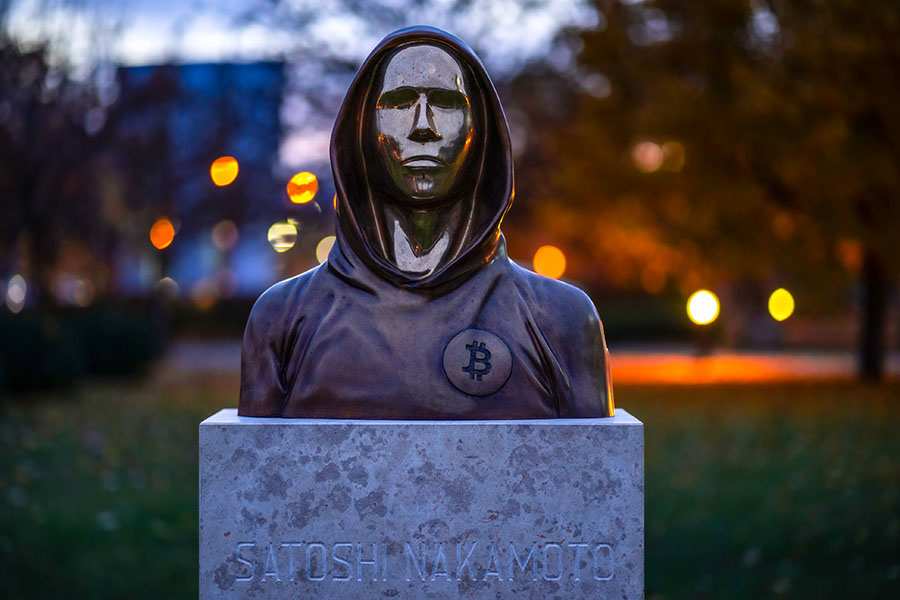 Portrait of the faceless statue of Satoshi Nakamoto, the mysterious founder of Bitcoin and Blockchain technology; Statue created by Reka Gergely and Tamas Gilly. Image: Shutterstock

Satoshi Nakamoto is still a legendary figure. The raw data and files from "the lost Bitcoin v0.1" have allegedly been discovered, according to Jim Blasko, a bitcoin enthusiast. This is the surprise: the code is still in Sound Forge. Scepticism would be the expected response to ludicrous assertions like this. In other words, the original code created by Satoshi Nakamoto vanished from search engines and was thought to be lost for ten years, but Blasko discovered the files were still available using basic browser hacking.

In a post that was published on Facebook on October 7, Blasko made these assertions. The bitcoin enthusiast claimed in the post that he had discovered code from before Satoshi invented Bitcoin and made it known to the public.
Blasko said that "some browser hacking" on SourceForge allowed him to find the code. In 2008, Bitcoin was registered on the open-source software development site SourceForge.
Additionally, Blasko asserted that it took the inventor of Bitcoin six months to produce one million coins. Block 20,000, according to him, wasn't established until July 22, 2009. In addition, Hal [Finney] and others were also mining bitcoin at the time.

Furthermore, he said that as of 2012, he thought the files and the raw code had been lost because they had been mysteriously taken off the [SourceForge] search engine. He also mentioned that he was able to track down the crypto's original code after conducting more studies.

The two sites that Blasko provided also included Satoshi's private notes. The developer of Bitcoin made personal notes explaining why base-58 was chosen as the network's encoding method rather than the more common base-64. Blasko also questioned what should be done to prevent mistakes like this in the future.

On January 3, 2009, a miner created the very first block on the Bitcoin blockchain. In 2008, Satoshi published the Bitcoin whitepaper, and the block was mined shortly after.

Over the years, Satoshi Nakamoto's identity has remained a secret. The identity of the person who created Bitcoin has, however, been the subject of rumours in the crypto industry. Craig Wright, who filed a lawsuit against the authors of the Bitcoin whitepaper for copyright infringement, is one of the individuals who have publicly claimed to be Satoshi.

However, Satoshi's contributions to the blockchain and crypto industries have been commemorated in papers, memes, sculptures, and non-fungible coins. The anonymity of Satoshi has also been credited as the cause of decentralisation.

Tweets by @forbesindia
Saket Dandotia and Vinayak Shrivastav on ambition to build a one-stop destination for sports video in the metaverse
Over 12,000 Brazil companies declare crypto holdings setting a new record for declarations