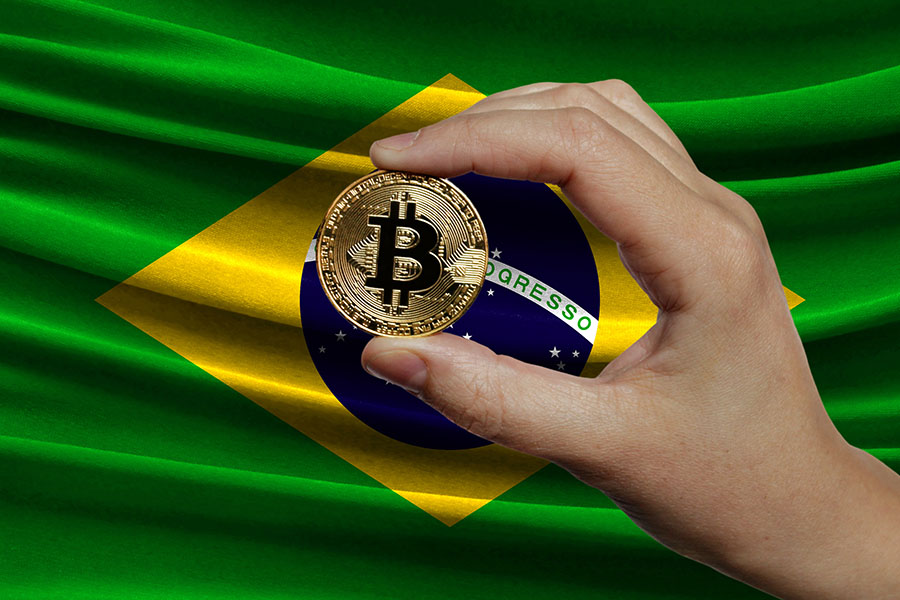 In August 2022, the Receita Federal do Brasil (RFB), also known as the Federal Revenue of Brazil, released data on crypto declarations. The data revealed that there was a record of declarations by companies during this period. It registered over 12,000 companies in the country that declared crypto ownership on their balance sheets. The figure represents a 6.1 per cent increase from the 11,360 companies recorded in July. It is the highest recorded number of companies with crypto holdings to date.

Individual statements, on the other hand, slowed down in August compared to July. In August, 35,000 fewer statements than in July were recorded. However, crypto adoption in the country remains high. This is evident with over 1,300,000 people declaring that they have some form of crypto as part of their assets. The total value of declarations fell slightly in August. This was likely due to the state of the crypto markets, with a total of $2.1 billion (11 billion Brazilian reals). This was down from $3.4 billion in July.

What has piqued the interest of this period is the decline in the use of other stablecoins, such as USDC. Ir fell from third place in July to fifth place in August. It lost positions to Ethereum (ETH) and BRZ. BRZ is the first Brazilian real-pegged stablecoin. Meanwhile, BUSD, Binance's USD-paired crypto, dropped from seventh to tenth place in month 8. This indicated a lower use of stablecoins outside of USDT.
The main crypto in use in the country is USDT. The dollar-pegged stablecoin had the highest transaction volume among all digital assets. In August, the total value of USDT transactions exceeded $1.4 billion. This occurred across 79,836 transfers, with an average transaction value of $18,000. However, when comparing the number of transactions made during the same time period, Bitcoin outperformed USDT.

During August, more than 2.1 million BTC transactions were completed. However, the amount of money involved was much lower, averaging around $130 per transaction. USDC, ETH, and the BRZ are also popular crypto assets in the country. BRZ saw significant movement during this period. BTC came in second with nearly $270 million in transactions.

These figures show that the crypto market is expanding rapidly in the country. The Brazilian Tax Authority registered a record number of individual crypto ownership statements in July. According to the 'Crypto Pulse' report released in September, 77 per cent of Brazilians trust digital assets. Several financial institutions in the country have begun to offer crypto services. Brokerage giant XP Inc and payment app PicPay both integrated crypto exchange services in August.

Binance, a crypto exchange, has also increased its presence in the country. It has doubled its team since March. It further opened two new offices on October 4. The regulatory clarity on crypto assets, particularly in taxation, has aided in the formation of this crypto-friendly environment in the country.