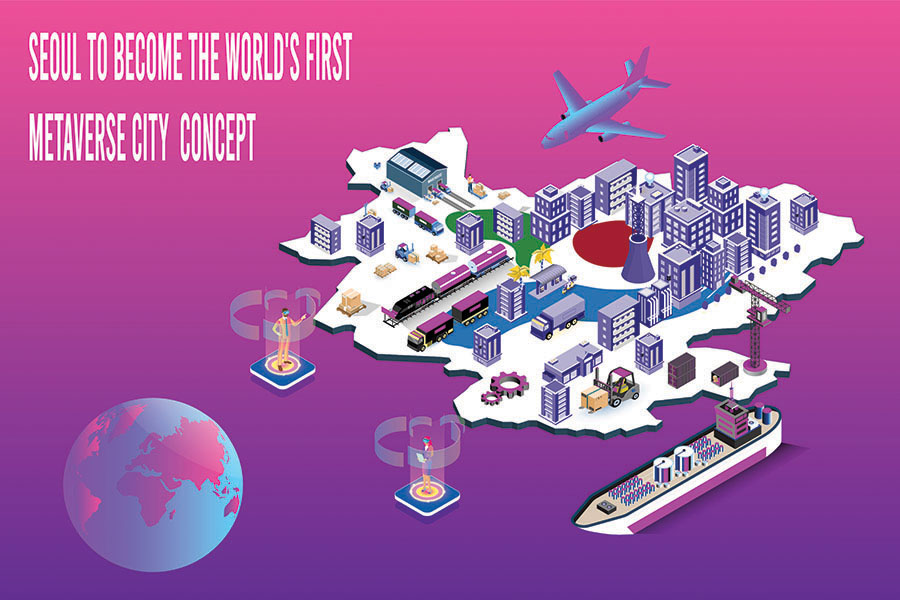 The Seoul Metropolitan Government has launched an ambitious new project, known as Metaverse Seoul, aimed at providing citizens with virtual access to a wide range of city services. The project, which has been in beta testing, was officially launched by Seoul Mayor Oh Se-hoon at a press briefing on January 16th, with the first phase of the project now being made available to the public.The Metaverse Seoul platform is designed to function as a virtual environment for citizens to interact with the city and its various services. Through the platform, citizens will be able to explore many of the city's popular tourist attractions and landmarks in a virtual setting, providing a unique and immersive experience. Additionally, the platform will also allow citizens to access official documents and file certain types of complaints.One of the key features of Metaverse Seoul is its ability to provide citizens with accurate and up-to-date information on filing municipal taxes. The virtual platform will have a dedicated section where citizens can ask questions and receive detailed answers on various tax-related topics.The Seoul Metropolitan Government is hoping that the Metaverse Seoul project will become an integral part of citizens' daily lives, providing them with easy and convenient access to a wide range of city services in a virtual environment. The government is also planning to expand the scope of the project in the future and add new features and services to the platform to make it even more user-friendly.The Seoul Metropolitan Government reportedly spent around 2 billion won, or $1.6 million, on the initial phase of the Metaverse Seoul project. Mayor Oh Se-hoon stated that the second phase would focus on making the platform more accessible to elderly citizens, who may have difficulty travelling to city offices in person. This is particularly relevant in South Korea, where data from Statistica shows that, as of 2022, over 17 percent of the population was over 65 years old.South Korea, known for its fast internet connectivity, has taken a leading role in the adoption of Metaverse and blockchain technology. In August, the city of Busan announced plans to construct a crypto exchange in partnership with FTX. However, after FTX faced issues in November, the local government decided to discontinue its collaboration with many of its centralised exchange partners.Shashank is the founder of yMedia. He ventured into crypto in 2013 and is an ETH maximalist. Twitter: @bhardwajshash