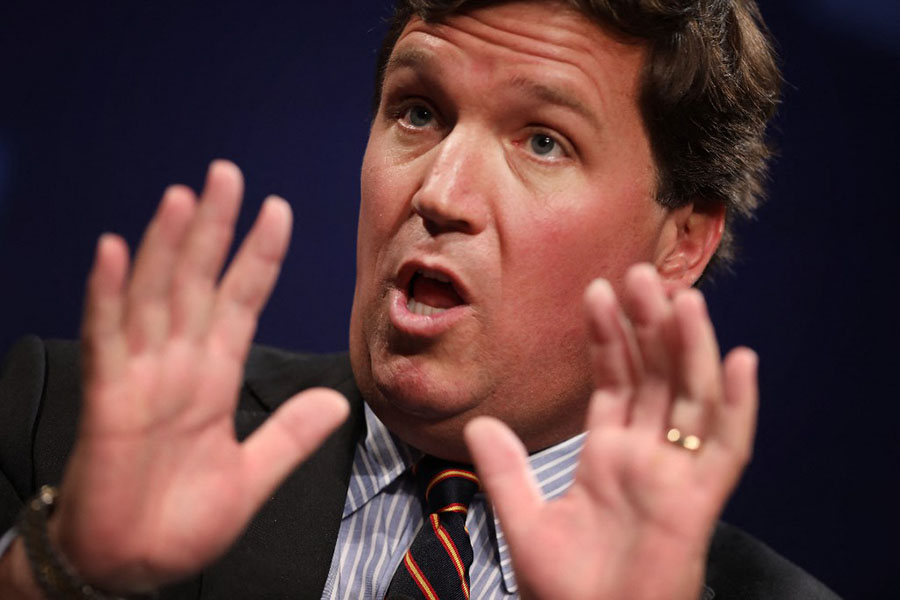 Tucker Carlson, a Fox News host who has often been controversial, has proposed a theory that links airline delays in the U.S. and Canada with an increase in the value of Bitcoin. He suggested that the computer malfunction causing the delays may have been caused by a ransomware attack and that the U.S. government may have purchased a significant amount of Bitcoin to pay the ransom. However, he did not present any proof to support his claims.On his Fox News segment "Tucker Carlson Tonight", Carlson claimed that there is a correlation between the widespread airline delays in the U.S. on Jan 11 and the sudden increase of over 20 percent in the value of Bitcoin on the same day. He suggested that the government may have been buying large amounts of Bitcoin to pay a ransom for a possible ransomware attack that caused the delays, and also said that since the nationwide stop, the price of Bitcoin has shot up about 20 percent. He questioned if that was a coincidence.The theory proposed by Tucker Carlson, linking the airline delays and the increase in the value of Bitcoin, has been met with scepticism and criticism by the crypto community. Nick Almond, the founder of FactoryDAO, described the theory as "maximum tin foil" and doubted that the U.S. government would buy billions of dollars in Bitcoin on the open market to pay for ransoms. Adam Back, the CEO of Blockstream, also mocked the theory on Twitter, stating that the two events were simply a coincidence and not related.Critics of the theory on Crypto Twitter have made other arguments against it, including that the U.S. already has a large amount of confiscated BTC, that it would buy it OTC (over the counter) if it did buy it, and as BTC is traceable and transparent, a big amount of ransoms is more likely to be paid in Monero. Stack Hodler, a crypto analyst, suggested to his followers that the recovery of $5 billion by FTX was a more plausible explanation for the upsurge in crypto markets.Shashank is the founder of yMedia. He ventured into crypto in 2013 and is an ETH maximalist. Twitter: @bhardwajshash