VCs can add value to startups passively, by virtue of attaching their names to the ventures they fund 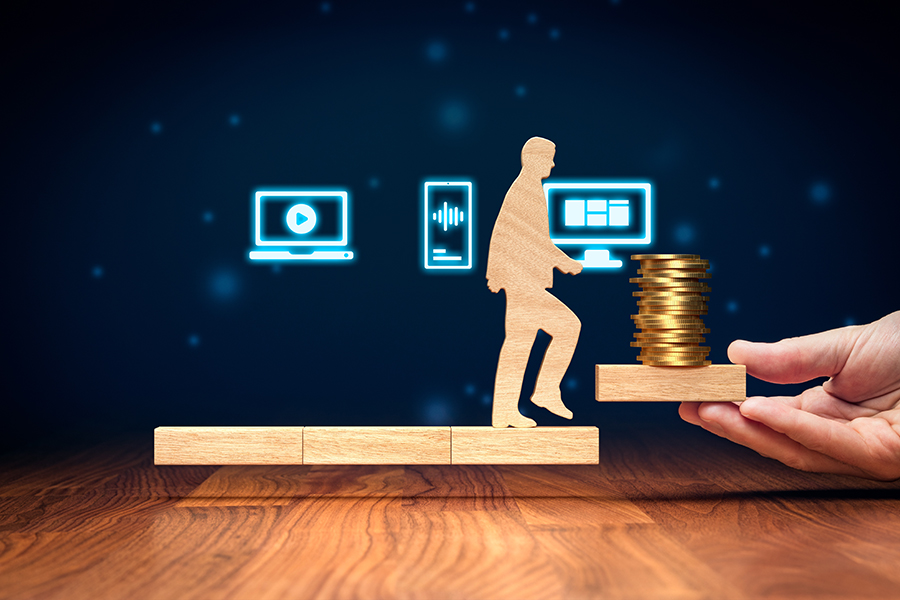 When startups attract top-tier venture capitalists who invest in them, they win an important stamp of approval, which can mitigate the uncertainty surrounding early-stage companies and facilitate recruiting Image: Shutterstock

As startup founders know all too well, attracting employees is a key challenge facing young companies. “The high risk of failure in the startup world makes job seekers reluctant to take a chance on early-stage firms,” said Darden Professor Ting Xu, an expert in entrepreneurial finance. “So, how do you convince talented employees, most of whom may already have a great job, to work for a company with little track record?”

The answer lies in their investors’ reputations. “When startups attract top-tier venture capitalists who invest in them,” said Xu, “they win an important stamp of approval, which can mitigate the uncertainty surrounding early-stage companies and facilitate recruiting.”

Recently, Xu and his collaborators — Shai Bernstein of Harvard Business School, Kunal Mehta of AngelList LLC, and Richard Townsend of the University of California, San Diego — set out to investigate whether VCs can attract talented employees to their portfolio companies simply through their reputation. They presented their findings in a working paper, “Do Startups Benefit From Their Investors’ Reputation? Evidence From a Randomized Field Experiment.”

According to Xu, the paper offers the first direct evidence that VCs can add value to startups passively, by virtue of attaching their names to the ventures they fund.

How Investors Add Value to Startups

It has been documented that, in addition to funding startups, VCs can actively add value to their portfolio companies. They are ready with advice and expertise. They open their networks of contacts. They also spend considerable time helping fledgling ventures develop their ideas and teams.

What is less acknowledged, however, is that VCs can also add value passively. Renowned VC firms may attract important resources to their portfolio companies, simply by lending their names to those companies. Such reputation spillovers are particularly valuable when new ventures have yet to establish their own reputations.

Until Xu’s study, there had been scant empirical evidence on whether the passive value adding by top-tier VCs really happens. To investigate that, Xu and his co-authors focused on the area of recruiting.

“Answering this question is actually not easy,” said Xu. “For example, we typically observe employees who eventually got hired, not those who would consider startup jobs. Moreover, better startups may attract both top VCs and top talent, so it’s hard to establish a causal relationship between investor reputation and talent flow.”

To overcome the data challenge, Xu and his collaborators turned to AngelList Talent, a large online platform on which job seekers can search and apply for jobs posted by startups. “We were able to observe all actions by job seekers — their searches, clicks and applications,” said Xu. “This allowed us to measure job seekers’ interest in a particular job or startup.”

To establish causality, the team exploited a randomized field experiment conducted in AngelList Talent. Beginning in February 2020, the platform started adding badges to job search results. One badge indicated whether a job was at a startup funded by a top-tier VC, while a different badge indicated whether a job was associated with a startup that recently closed a round of VC funding.

Importantly, the visibility of each badge was randomly enabled for different users. For the same job posting, some users would see a top-investor badge or a recently funded badge, while others would not see it. This allowed Xu and his co-authors to compare the reactions of job seekers within the same job posting, with and without each dimension of VC funding highlighted.

In contrast, highlighting the fact that a startup simply closed a recent round of VC funding had no effect on the startup’s appeal to job seekers.

As Xu put it, “Our findings suggest that potential employees care much less about whether a startup was recently funded than they do about who funded it.”

In addition, the authors found that both high- and low-quality candidates reacted similarly to the top-investor badge, suggesting it was not drawing more interest from candidates that startups wouldn’t hire anyway than it would from high-potential candidates. They also found that job seekers’ reactions were strongest for early-stage startups. “The most nascent companies benefit the most from their investors’ reputations,” said Xu.

The main findings from the study illustrate that the identity of the investors matters for startup recruiting and affects the flow of employees to early-stage ventures. “Our results,” said Xu, “also explain why top VCs consistently outperform lower-tier VCs. Even without superior skills or better deal access, top VCs can outperform simply by using their names to attract resources to their portfolio companies.”

Ting Xu co-authored “Do Startups Benefit From Their Investors’ Reputation? Evidence From a Randomized Field Experiment” with Shai Bernstein of Harvard Business School, Kunal Mehta of AngelList LLC, and Richard Townsend of the University of California, San Diego.

Tweets by @forbesindia
The right way to describing and recording seizures
How much microplastic do we breathe, eat, drink?