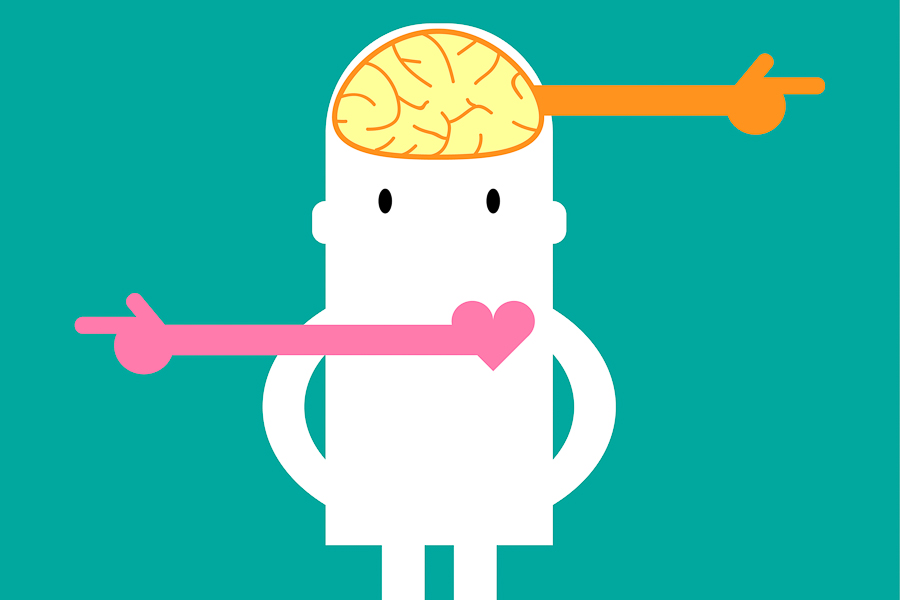 Our thinking is an important tool for clarifying our decision-making process and minimising bias in the workplace and beyond. Image: Shutterstock

Imagine that you, as a manager, have two employees in similar positions, one whose personality you enjoy and one who gets on your nerves. They make the same small but significant mistake. A few months later, you don’t mention the mistake in the first employee’s performance review because it just doesn’t stand out when you think back on her work. However, you do focus on it in the second employee’s review, and it seems to have grown in significance the more you think about it.

Or: You are at a restaurant and the server spills wine on your new shirt. She has been abrupt and aloof the whole meal, so you assume that she is not that sorry about the incident. However, a few hours earlier, a store clerk left one of your items out of your bag, forcing you to drive back to the store to retrieve it. He had been so kind the whole time you were shopping, though. You want to give him the benefit of the doubt.

Though each of these mistakes is similar to its counterpart, your inferences about each person colour the way you think about an incident. This is simply human nature—we make thousands of inferences every day—but understanding how powerfully those inferences affect our thinking is an important tool for clarifying our decision-making process and minimizing bias in the workplace and beyond.

Such is the focus of a technical note co-authored by John L. Colley Professor of Business Administration James R. Detert and Britton Taubenfeld, (I Think) I Know Why You Did That: The Risky Business of Inferring Intentions. The note describes a scenario study in which Bill, an employee at a large financial firm selling investment packages, is on the phone with clients explaining the benefits of an investment. He receives another call and ends his first call without telling his clients about the investment’s risk. Instead, Bill just says he will send over the paperwork for them to sign.

In the study, one group of participants was told that Bill is a nightmare employee who regularly takes personal calls in the office and takes risks with his clients. Another group was told that Bill is generally a conscientious employee, but his daughter was hospitalized, and he picked up the other line expecting a call from the hospital. He later regretted not going over the risks with his clients.

The two groups assigned Bill significantly different levels of blameworthiness based on what they inferred about his intentions, even though his actions did not change in either scenario.

“Simply being given information that led participants to think Bill was a good or a bad guy overall created a major difference in how blameworthy he was judged to be for exactly the same act,” Detert and Taubenfeld write.

The study also showed a “ripple effect.” A few minutes after the initial question, respondents were asked to assess the risk to the client’s portfolio. Those who received negative information about Bill rated the risk more highly than those who had received positive information, further exaggerating the magnitude of Bill’s mistake.

“These ripple effects tend to grow with time, which can thus lead to major unintended consequences in organizations,” Detert and Taubenfeld write. “For example, by the time we complete annual performance evaluations, even minor attributional biases can lead to significant effects on how we remember and thus rate others’ accomplishments.”

Sometimes, of course, our inferences are grounded in fact—perhaps Bill truly is a negligent employee. Other times, however, our inferences are tainted by error, “gut feelings” or unconscious bias. The latter is particularly insidious when focused on someone’s “outgroup” status — if that person is of a different race, gender, ethnic background, socioeconomic class or otherwise different from ourselves.

A study by Paul Fadil, for example, found that supervisors are consistently more likely to attribute positive intent to the actions of their subordinates who are also ingroup members. Another study, by Laurie Giddens, Laura Arno and Dianna Cichocki,  showed that managers attributed less malicious intent to female subordinates engaging in unethical behavior than to male subordinates with the same behavior.

Even in the legal profession, in which making inferences about someone’s intent can be important to a verdict, legal scholars have worried about how to accurately determine intent, and courts have tended to focus more on action and outcome as objective measures of intent.

Similarly, the question for business leaders is how to maintain objectivity into the workplace. Detert outlines four key strategies:

Making inferences is a ubiquitous part of our collective life as humans. However, understanding and even correcting our inferences is crucial.

Employees need to see their managers as fair arbiters who justly distribute rewards and consequences, and even the simple perception of fairness can go a long way toward creating a more positive, healthy work environment.

“To feel good about themselves, most people need to feel they’re treated fairly by others and that they treat others fairly,” the technical note concludes. “Unfair ‘sentences’ or inappropriate vindications aren’t just devastating to employees and citizens, but they also undermine the healthy functioning of organizations and societies.”

Testing inferences at each step of the decision-making process is one way to achieve such fairness in a world of constant assumptions.