Spirituality and Confucianism to embrace a better future of innovation

If we think it is necessary to (re)think about innovation with spiritual exercises, to what extent should Confucianist philosophy, for example, which is dominant in Asia, not be a way to follow? 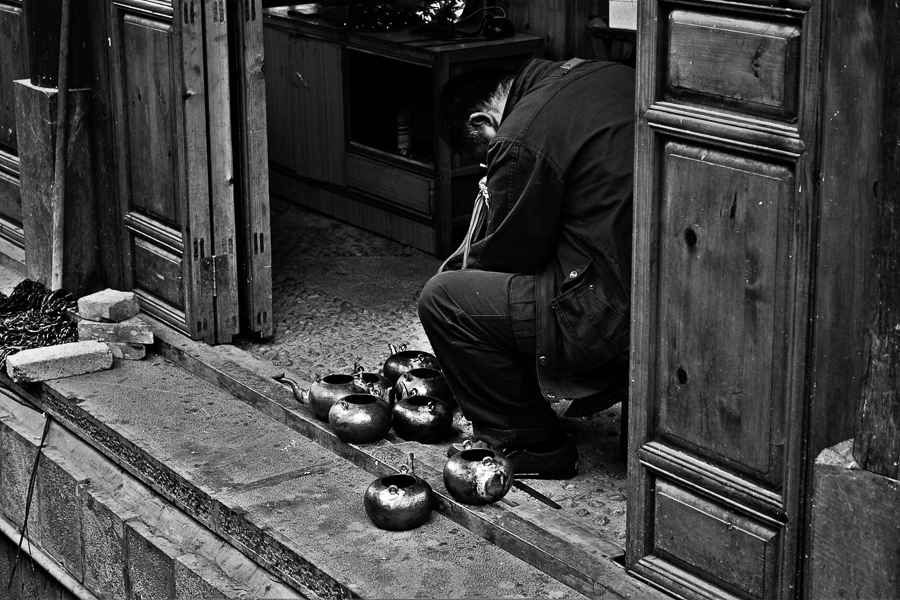 Behind Confucian philosophy there is a great relationship with individual responsibility. We can improve, we can comply with what is right, so we are responsible for what we do​
Image : Mary Dimitripoulou / Shutterstock

Korean, Japanese, and especially Chinese organizations have an increasingly equal weight to their counterparts in the West, but above all their current investments, especially in research and development, will lead them to surpass them in the near future. For example, between 2007 and 2015, that is, in less than eight years, Asia became the continent that spent the most on research and development ($166 billion for 2015 alone). Between 2017 and 2018, China increased its spending on research and development by more than 34%. So-called "unicorn" companies are seen as much in Asia as in the United States and patenting has never been so important in China as in recent years. India and China represent a third of the world's population, and this population, more broadly in Asia, will grow exponentially by 2030, mainly among the middle classes. This segment of the population will begin to be able to access what the middle classes of the West already have at their disposal: telephones, refrigerators, cars, air conditioning, i.e. a large number of objects that are often polluting and not recycled. How can we cope with the increase in this demand? What tools and techniques do we need to develop to meet needs without stifling the planet?

These indices show very clearly that if innovation must be (re)thought about, it is obviously not at the level of a country or a continent but in a global way; and this by questioning the asperities of civilizations, traditions. This means in concrete terms that if we think it is necessary to (re)think about innovation with spiritual exercises, to what extent should Confucianist philosophy, for example, which is dominant in Asia, not be a way to follow?

Confucian philosophy is interesting, because if it still resonates today, it is because its constitution, twenty-five centuries ago in China, was made in a context very close to ours with significant technological and social disruptions. Many inventions at that time were spreading like wildfire and challenging traditions, rules that had been established for decades. On the other hand, one of the major pillars of Confucianism is self-improvement, and the challenge is not in the search for performance, but in the search for a progressive development of this ability that pushes humans towards good, for themselves and for others. It must be a moto for future innovations.

Self-improvement is about changing, transforming and learning to change one's mind, and for Confucius, it was important to know how to change one's mind according to circumstances; it is even a sign of appreciation for the speed at which the world is changing. Thus the main belief of the Chinese philosopher was in the individual and his ability to develop. He was convinced that he can improve, and self-help is essential for a better society (this is not without resonance with Greek philosophy and the importance of taking care of oneself, which is also taking care of others). This is why Confucius believed that laws are not necessarily the best way to ensure harmony in a state. What is needed is a strong trust in human morality and its continuous and always guided improvement. This principle is important for our purposes, because knowing that innovation comes before the law, regulation is always too late and not always effective in the medium or long term. It is therefore much more relevant to work on the morals of those who do rather than to run after something that can never be caught up in legislation.

Behind Confucian philosophy there is a great relationship with individual responsibility. We can improve, we can comply with what is right, so we are responsible for what we do. For him, what matters is not improving and, he says, "to make a mistake and not to correct it, that's what I call a mistake". If this point is important to us, it is because we know that innovators necessarily make mistakes; to innovate is to make mistakes, conscious or not. Therefore, what is important for the innovator according to Confucianism is to learn from mistakes, not to repeat them. As a result, it is possible to learn from them, to improve, both for oneself and for society.

Whether it is of European or Asian origin, philosophy has a decisive and essential role to play. And yet it will most definitely meet opposition from innovators. It is therefore important to get them to see its relevance. Throughout history, philosophy has always been key in guiding people, explaining the inexplicable, avoiding commonplaces,  questioning the system, and even in (re)thinking ways of life.

Xavier Pavie is Professor of Responsible Innovation at ESSEC Business School, Academic Director of Master in Management APAC and Director of iMagination Center.

Tweets by @forbesindia
Photo of the day: Back (to the) benches
Sony rallies big-screen hopes with 'Spider-Man' and 'Ghostbusters' at CinemaCon