When will corporations rule states?

Some of them are ready, the majority is not. But, since corporations are powerful and since they are political, they will face more and more pressure from public opinion, political leaders and media to take more and more responsibility in the political life 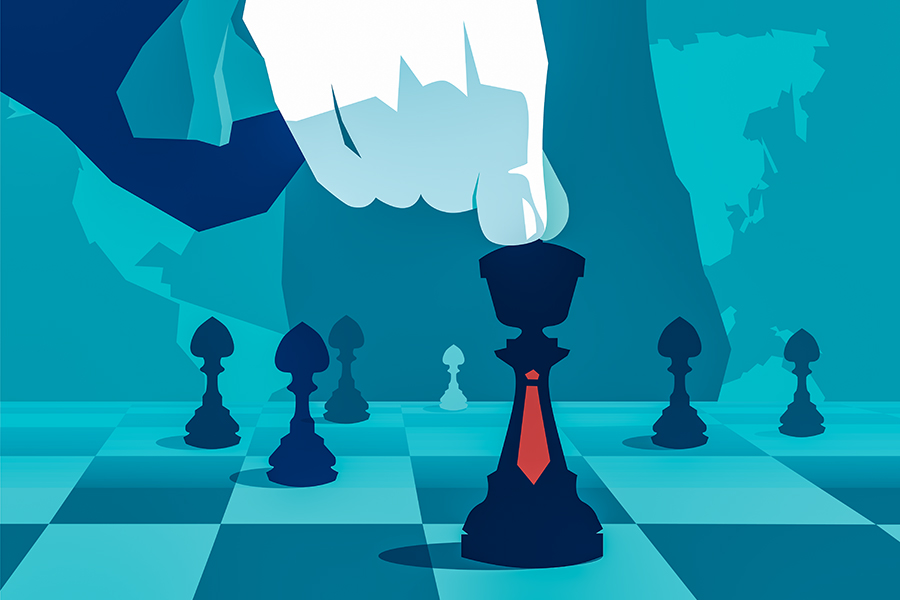 We don’t do politics.’ That is the answer corporations invariably give when they are accused of meddling in politics. Corporations do not separate their suppliers, employees, investors, partners and especially customers according to political ideas. ‘Come as you are’ is a song by Nirvana. It is also the leitmotiv of Crocs, McDonald’s and other corporations when they address their customers. They sell to all people, regardless of their religious beliefs, gender, academic background… and political opinion. Not only because they do not want to take sides, but also because they do not want to be instrumentalized by political parties or political leaders.

When Che Guevara exhibited two Rolex watches on his wrist during his lifetime, when ISIS paraded in brand new Toyota SUVs in Iraq in 2015 or when Carlos Ghosn escaped from Japan in a Yamaha musical instrument case in 2019, brands immediately declared that they have been hijacked against their will and that they do not support these actions. Because they do not want to be instrumentalized, corporations want to build a ‘Chinese wall’ between them and politics. They are willing to finance political actions, but they do not want to take political responsibility.

If corporations are political, why don’t they ‘do politics’, create political parties, rule states? In the past, the ‘Merchant Kings’ such as the East India Company, the Dutch East India Company or the Hudson’s Bay Company used to rule countries, why not now?

The main reason is the separation between public interest and private interest, the common good (supposedly defended only by the public institutions) and the maximization of profits (supposedly the only key performance indicator of the corporations). This separation is now challenged. Not by the corporations. If it was the case, they would be rightly accused of corporatocracy, where corporations seize and hold the political power and deprive citizens of their rights. We are not short of examples of bribes and shady operations by certain corporations when they defend their interests.

The novelty is that the separation between common good and profits is now challenged by citizens, employees and customers. All of them demand exemplary behaviour from corporations in societal and political situations. The corporation must be flawless - no scandals, no mistakes, no excuses.

As a result, corporations have included so many social responsibility goals in their mission statements that they have been transformed into political organizations. When citizens demand that social media platforms regulate political debate and implement voluntary ethical standards in their governance, the divide between public interest and private interest is blurred. When citizens demand that corporations take a stand on political and societal issues such as BLM, abortion bills or oppose the President in office, the divide is blurred.

The big difference with the past is that a growing part of the public opinion expects that corporations display a behaviour which is more ethical and competent than it expects from democratically elected holders of political power.

The state is at the heart of the Metaverse controversy. If Facebook, Nvidia or Tencent create a facsimile of the real world, will these metaverses become states with their own sovereignty, coercive power (police and military) and their own currency? If these companies demonstrate that they can regulate a virtual state better than politicians manage a real state such as Japan or Venezuela, will the citizens of the Facebook metaverse, who are at the same time citizens and voters in Japan and Venezuela, ask Facebook to manage Japan or Venezuela? This is political fiction, people will say. That is true, because the metaverses are still a work in progress. The problem is that the technological evolution is faster than the political apprehension of it. The metaverse will become reality sooner than expected and there is no regulation of it yet. The central question remains the same. Whom will citizens trust more? Who will do a better job in running a state? A democratically elected President or Walmart? A dictator or Facebook? A religious authority or Amazon? That is the real challenge for corporations. Faced with that demand, corporations are puzzled. Should they accept to endorse that role, are they ready, are they competent to do that?

Some of them are ready, the majority is not. But, since corporations are powerful and since they are political, they will face more and more pressure from public opinion, political leaders and media to take more and more responsibility in the political life. The question is not if but when will the corporations start to play that role. That is the real challenge for CEOs, shareholders and the whole society for the years to come.

Cedomir Nestorovic is ESSEC Professor of Geopolitics and Islamic Business