Vikram Singh Mehta: Shell could have been where Reliance is

Vikram Singh Mehta, the face of Shell in India for the past 19 years was in the committee that outlined steps to complete decontrol. The report was never implemented. He spoke with Forbes India 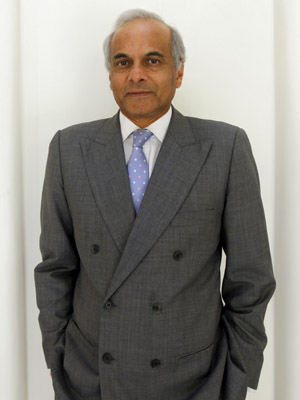 Q. India’s record on the deregulation of oil & gas has been shaky. How do you view the way policy has shaped up in the last two years?
A. Investor confidence is completely shaken in terms of stability and predictability of the laws. Policy flip-flops on gas and delays in handing out licenses for the NELP (New exploration and licensing policy), are just two examples. Decisions have been illogical on the gas pricing. You cannot have domestic gas at one-third the international prices and expect investors to be enthused.

We need to get into the granular details of the Production Sharing Contracts (between the govt and oil companies)—I have looked at this because I was in government when the first model was framed in 1984. The rewards go to the government when the price of gas increases. Unfortunately not much of detail comes out in cabinet discussions, where pricing is decided. All the detail is distilled out of the 15-20 minute discussions. Oil companies should not have accepted the $5/mmbtu price.

We’ve shot ourselves in the foot on oil exploration and production in India. We cannot afford to kill investor interest when crude prices are hardening and we are so short of resources. If only the government were able to put the right policies within a flexible framework!

Q. What about Oil refining and marketing—an area of huge interest for Shell?
A. Indian oil companies are standing at the edge of an abyss, PSU under-recoveries went up to Rs 140,000 crore last year. They have no cash to pay for their borrowings, for research, to reward employees or for strategic investments.  We have an industry that lives from hand to mouth. Everyone who matters knows this is wrong. If policy makers insist on subsidising oil, the finance ministry should be doing it directly. Not through the balance sheets of these companies. No one else in the world screws their own companies.

Q. What have been the big disappointments during your stint as head of Shell India?
A. We started off in India with the ambition of being a marketing company. We set up the lubricant business and are in petrol retailing. But we could have been much more. We had 100 people in India doing diligence on HPCL, when the Supreme Court ruled against divestment. My biggest disappointment is that we do not have a manufacturing (oil refining) position in the country.

When we look at the size of the market, you cannot do without manufacturing.

We’ve been pushing headquarters for a coastal refinery since 1990, but could never get the permissions. The Indian laws allow it, there was nothing stopping us. I understand the logic at the headquarters; oil prices were falling, they were not sure. But if we had made the move, we could possibly have been where RIL now is.

Of course, and I’ve said this before—the monumental blunder for us was selling off our Rajasthan blocks to Cairn. As a Rajasthani, this one is particularly hard on me. We had negotiated hard to get the block, drilled four wells and had two discoveries. But Hague [the Netherlands city where the headquarters is located] didn’t share our view on it and we sold it off for strategic reasons. It turned out to be a bounty for Cairn.

Q. And what were your big achievements?
A. Shell started with the ambition of being a big hydrocarbon player in India. We’ve done this in Gas with our Hazira terminal. We are running flat out here, even though we sell LNG, at three times the price of domestic gas. For our customers, the alternative is oil-available at five times the price.

In the past six years, we have also developed a large tech-centre in Bangalore. About 700 scientists carry out primary research on various aspects of oil exploration, refining and production at the centre. Worldwide, Shell has only three such centres for group research activity—at Houston, Amsterdam and Bangalore. Superiority in the oil business hinges on the technological edge. Though we started this centre only six years ago, we have leapfrogged and are expanding the set up at a 60 acre campus. We are proud of this.