Aditya Puri built HDFC Bank into not only one of the best banks in India, but also one of the finest companies in Asia. Here's how he did it 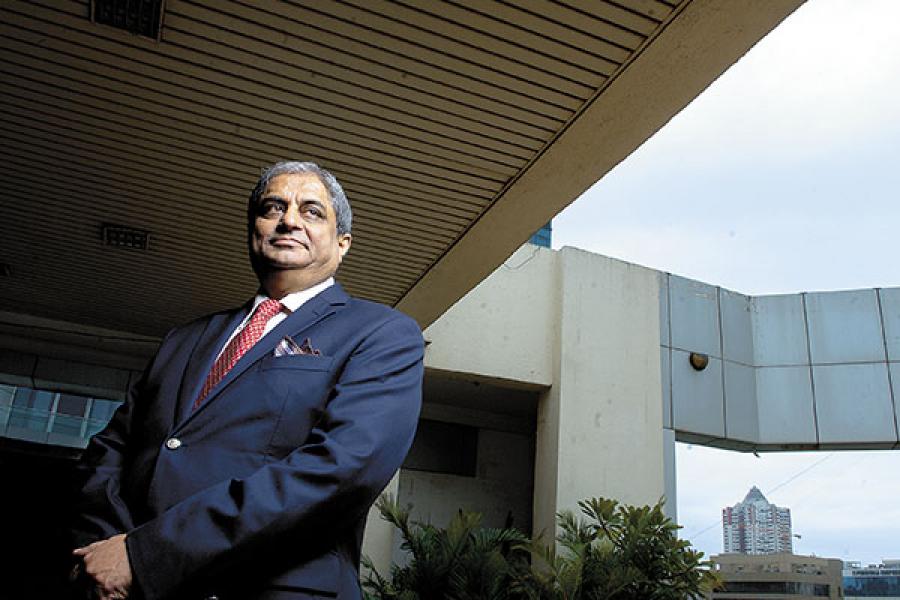 Image: Vikas Khot
Aditya Puri, MD of HDFC Bank, is the only leader that the Mumbai-based bank has ever had

Aditya Puri, managing director of India’s most valuable bank—HDFC Bank—relies on two simple traits for staying on top: Common sense and discipline. You determine what you have to do and you stick to it, he says. “Banking is not very complicated, and you need to keep it that way.”

The results are there to see: A $43 billion market capitalisation, nearly 32 million customers and a network spanning more than 4,000 branches in almost 2,500 towns and cities. “We have no stress on our portfolio, healthy margins, a distribution network that’s spread across the length and breadth of the country, cutting-edge technology—and enough capital,” declares Puri.

He has a right to brag. He built HDFC Bank from scratch into the second-largest bank in India’s private sector, after ICICI Bank. After 21 years in charge, he’s the longest-serving chief of a non-state-owned bank and also the highest paid, at $1.2 million for the latest fiscal year. He gets paid for performance: In the year ended March 31, revenue tallied $9.8 billion, up 17 percent from the previous year, while net profits rose by 21 percent to $1.7 billion. This record puts the bank on our Fab 50 list of Asia-Pacific’s best big publicly traded companies for the ninth time—making it the only company to make the list that many times since we began compiling this roster of corporate stars in 2005.

Puri sees more growth ahead under the Narendra Modi-led government, which took charge in May 2014. “India in the medium to long term is an excellent growth story,” he says. “Whether it grows at 7 percent or 8 percent or 9 percent, the platform is in place, and the new government is working on various initiatives.”

Right now the economy could use a push. In fiscal 2015, credit growth was only 9 percent—down from 14 percent the previous year. “In the short term, the major challenge is to grow,” says Jignesh Shial, banking analyst at Mumbai’s Quant Capital.
“There’s no question that there is a slowdown—consumption is lower, and there’s a slowdown in the rural economy. Even the real estate and auto sectors are not that great.” But while consumer sentiment is still low, the economy is starting to look up. “With the deficit under control, government spending on infrastructure is picking up and stalled projects are getting off the ground,” says Sunil Kumar Sinha, principal economist at India Ratings & Research, a credit rating and research agency in Mumbai. “Things are certainly improving, but it will be more of a gradual recovery.”

This growth eventually will flow to banks. And while the Modi government has not announced any big-bang banking reforms, it has told state-run banks—which make up more than 70 percent of the market—that it will give them more capital only after certain goals are met, such as keeping bad loans under control or meeting targets on return on assets. Analysts say this will allow well-run and well-capitalised private banks such as HDFC Bank to expand their market share because many state-run banks are struggling with non-performing assets.

Puri, 64, is the only leader that Mumbai-based HDFC Bank has ever had. Mortgage giant Housing Development Finance Corporation started it in 1994 at a time when private sector banks were just opening up in India. It recruited Puri—who was chief executive of Citibank Malaysia after nearly two decades with Citibank across India, Greece, Saudi Arabia and Southeast Asia—to run the show.

“HDFC Bank’s biggest strength is its consistency of management—the same person has been leading the bank for two decades,” says Shial. “Puri knows the backdrop, and his thought process is very clear and very straightforward.” 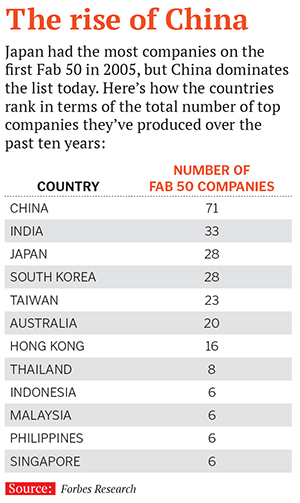 HDFC Bank began by offering loans to blue-chip companies. Soon, it attached itself to India’s emerging salaried class. It signed up a large number of accounts that received pay checks through direct deposit. As the ranks of young professionals grew, the bank grew with them—providing credit cards, auto loans and personal loans. The bank raised $1.6 billion in February, both to meet regulatory requirements and fuel more growth. It’s looking to open 300 more branches in the coming year.

Puri figures that a lot of the future growth is going to come from India’s semi-urban and rural areas—where 60 percent of the country lives. Nearly 55 percent of the bank’s branches are already in these areas. “We must own rural and semi-urban India,” he says.

It’s also focusing more on digital banking, hoping to attract young Indians who want to buy, pay and invest through their cellphones. The bank allows customers to complete more than 75 types of transactions on a cellphone—short of making a deposit or withdrawing cash. It recently began offering pre-approved personal loans that are disbursed digitally in ten seconds. The money can be borrowed at any time of day or night, provided the customer’s data are already with the bank. “We are trying to build a full-fledged digital culture within the bank so customers can use the internet to take care of their banking needs—whether they want to pay a bill or buy a health insurance policy,” says Nitin Chugh, who heads digital banking.HDFC Bank faces tough competition from private sector banks such as ICICI and Axis Bank. ICICI, with $15 billion in revenue for the last fiscal year, is hailed for its trailblazing approach. It was the first to make a huge foray into retail banking. HDFC Bank picked up on many of ICICI’s innovations in its initial years. Last year, HDFC Bank’s net profits grew faster than ICICI’s, and HDFC Bank also has a lower level of non-performing assets.

In the public sector, there’s the formidable, ubiquitous State Bank of India, the country’s largest bank. Puri isn’t deterred. “We’ll not buy market share by diluting our credit standards,” he says. “We’ll not go into businesses that we don’t understand. We aren’t foolhardy. We never bet the bank.”

This ability to cut out the surround sound and focus on the essentials has pulled the bank through many a crisis and many a mania, including the global financial meltdown of 2008. “He has an unparalleled understanding of the business, both at a strategic and detailed level,” says Shikha Sharma, who runs Axis, which with $7.3 billion in revenue last year is India’s third-largest private sector bank. “He also has a clear focus on profits.” Adds Tamal Bandyopadhyay, the author of a 2012 book on HDFC Bank called A Bank for the Buck: “HDFC Bank watches and learns things at the expense of the other banks. It’s very measured and never volatile, and investors love that. This might make it a boring bank. But in banking, what you don’t do is more important than what you do.” 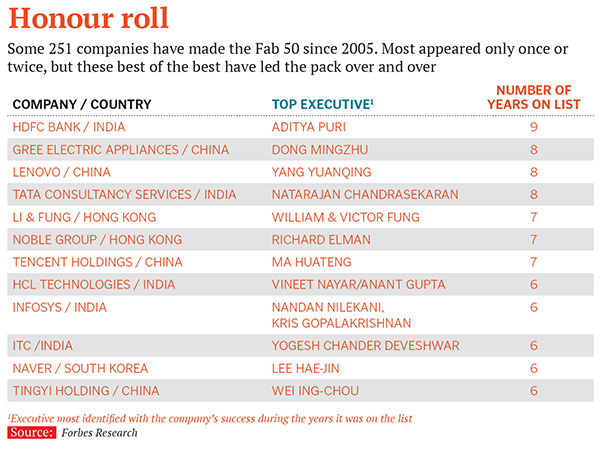 One of the keys to the bank’s success has been its method of testing new products and services before jumping in headlong. When one pilot is successful, it conducts more pilots and then slowly rolls out the new offering bankwide. “We fail—but we fail small,” says Puri. For instance, when the bank tried offering loans taken out against gold jewellery or coins, it got burnt. But it started scaling up gradually until it got the hang of the business.

When Puri is convinced of an idea, it’s full speed ahead. In November, he went to Silicon Valley and visited an array of companies from Apple to Facebook to Google. At the end of the sojourn, he came to a conclusion: “Why do we need Apple Pay, when we can have HDFC Pay?” he asks. “When you think money, you must think HDFC Bank—whether you want to get an education loan or home insurance or pay the pizza guy or buy groceries.” So now the bank has its own digital-payment applications.

Puri manages the sprawling bank by setting targets and then maintaining a hawk’s eye on any slippage. “He calls a spade a spade,” says Deepak Parekh, chairman of the Housing Development Finance Corporation, who hired him when the housing lender started HDFC Bank. “He’s blunt. When there’s a need to criticise an employee or fire him, he’ll not mince words.”

Meanwhile, there is talk of a merger between the housing lender—which had revenues of $8 billion in the last fiscal year and holds a 22 percent stake in the bank—and HDFC Bank. If that happens, the combination will be one of the largest financial institutions in the country, rivalling the State Bank of India. “A merger is a no-brainer,” says Parekh. “In the long run, it makes sense with the right sorts of conditions. But we need regulatory support, and it cannot be at the detriment of either [company’s] shareholders.”

Puri’s formula for keeping it simple applies to his personal life as well. He maintains bankers’ hours, leaving the office by 5.30 pm or so. He lives seven minutes away in Mumbai’s Prabhadevi neighbourhood and goes home for lunch every day. He doesn’t carry a cellphone or a wallet and doesn’t even wear a watch. “Why do I need any of these things?” he says. In the true spirit of delegation, he doesn’t type his own emails—averring that his secretary is much faster at typing. So he dictates, and she sends out the emails. But his model work-life balance doesn’t come at the cost of any unfinished work—he says that when he leaves the office, there isn’t a single piece of paper pending or an unanswered email. At home, he enjoys gardening, gourmet cooking, his three dogs and ghazals, an ancient poetic form that consists of rhyming couplets and a refrain. He and his wife of 37 years, Anita, have two children: Daughter Amrita Puri, a Bollywood actress, and son Amit, who lives in Singapore and runs a tech startup.

Puri’s term as managing director ends in October. But a recent central bank guideline raised the retirement age for private sector banking chiefs from 65 to 70, so he was expected to be reappointed in a shareholder vote late last month.

“Our best years are still to come,” he says. “I am as excited today about digital banking and selling to rural areas as I was about building the bank in the initial days.”

Tweets by @forbes_india
They mean business: The new faces of India Inc
There is a clear and present agenda for skills: Manish Sabharwal