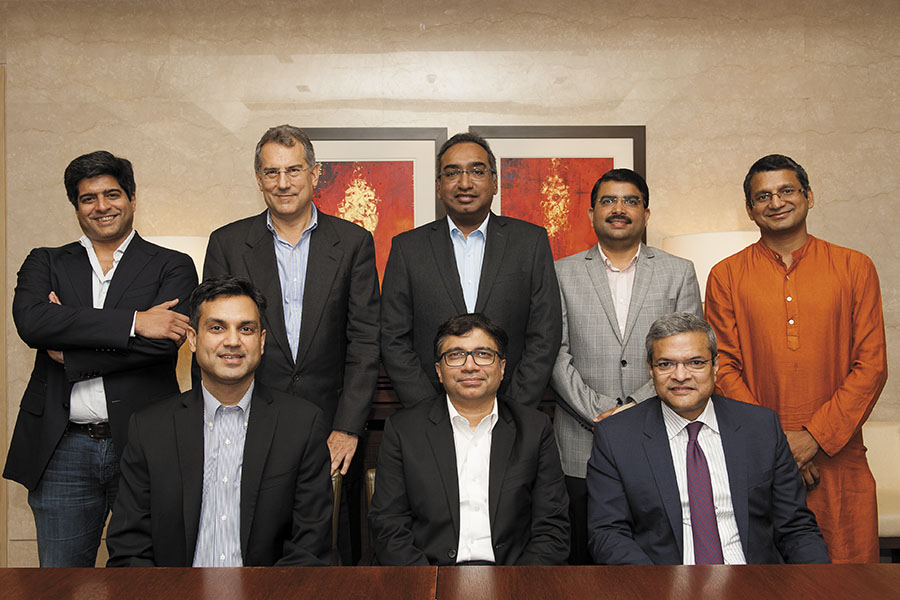 Going digital isn’t an afterthought anymore. The future of organisations is ever more dependent on harnessing digital tools and processes to work sans boundaries and complement human creativity.

‘Digital Transformation’ has become one of the most oft-quoted phrases of the 21st century. It entails leveraging digital tools and technologies to make life easy and its utility cuts across social and economic activities.

India Inc is unanimous that digital transformation of enterprises is inevitable. But there is ambiguity about the strategy to adopt to make the transformation meaningful.

To bring greater clarity, Forbes India, in collaboration with Microsoft, hosted a series of six CEO roundtables to build thought leadership on how Indian companies perceive the digital transformation of their businesses.

The key takeaways from the discussion were that digital technologies can help companies gain scale, attract customers, bring in process efficiencies and expand geographical reach easily. But there is a flipside too. Businesses increasingly store sensitive information and operate processes in a digital ecosystem, which, like our physical ecosystem, is prone to attacks. Cyber security measures to protect the integrity of data, therefore, is topmost on the minds of Indian CEOs.

Digital wonders
There’s no doubt that the digital revolution has brought with it several benefits: Convenience, automation, enhanced efficiency, improved affordability, better access to information, goods and services, the list goes on. More significantly, these benefits are all-encompassing and accrue irrespective of the nature of the sector or industry. At the event, Saugata Gupta explained how Marico uses digital tools and techniques to enable automation in its manufacturing and supply chain and predictive analytics and big data for its pricing strategy.

Bhargav Dasgupta said that 90 percent of the 16 million policies issued by ICICI Lombard General Insurance last year were issued onsite, outside the company’s offices. Thanks to technology, even Rs 900 products were being sold in a swift and cost-effective manner at sites such as petrol pumps, by ensuring that policies were issued while the vehicles were being refuelled. Over the last five years, such automation had led to a 21 percent compounded annual growth rate (CAGR) in the company’s productivity.

Manoj Gupta spoke about how Craftsvilla.com has succeeded in connecting the demand for ethnic goods to its supply by completely digitising demand, supply, payments and even logistics.

In the media space, Merzin Tavaria pointed out how one can sit anywhere in the world and use technology to shape visual effects, animation, broadcasts, and 2D to 3D conversion, while Sameer Nair estimated that there are potentially 100 million Indians who could consume content from Balaji Telefilms’ OTP platform, thanks to their smartphones.

People Transformation
Beyond the apparent benefits, an omnipresent feature of well-implemented digital strategies has been the changes they create in consumer and user behaviour patterns. Dasgupta remarked: “What is interesting is that while the percentage of people who are buying policies [online] may not still be very high, the percentage of people who come online on their path to purchase, at some stage or the other, is over 40 percent.” He observed further that consumers are moving from e-commerce to m-commerce (mobile-commerce), a trend reflected in the fact that more than 25 percent of his company’s sales come from mobile devices. And the most interesting development, he noted, was that 35 percent of this traffic comes from Tier-2 and Tier-3 towns.

In Manoj’s experience, digital transformation also brought about a change in social and consumer behaviour. He saw first-hand how India, with its regional and cultural diversity, could offer geographically unique products to the entire country and the rest of the world.

Saugata mentioned that Marico has been initiating a process of reverse-mentoring in the company, where the younger and more digitally-savvy employees guide the older and senior executives on how to effectively use digital tools, such as social media.

Cautions and Caveats
Change often comes at a cost and the participants also expressed their concerns about that. “Microsoft recognises that India is a hotspot of cyber crime; as a result we built a cyber crime unit here to consult the Indian government,” said Gartenberg. Maheshwari added that to ensure the highest level of data security at all times, companies need to “work on the assumption that they have already been invaded”.

Nair admitted that for Balaji Telefilms, data security for its content business was taken very seriously. “At this point, the industry is seriously suffering because everything gets pirated; everything is easily available,” he said.

The panelists also agreed that while no consumer-facing brand can afford to ignore the reach and power of social media, it entailed reputational risks as well. “Earlier, a business never knew exactly how much its reputation was suffering and how many dissatisfied consumers it had. Now, online reputation management gives faster results, especially when you are a B2C company,” said Saugata.

Looking ahead
Maheshwari pointed out that digital transformation in the Indian context was all about flexibility and scale. A digital strategy that does not incorporate scalability is not an option, he said.

From the insurance industry’s perspective, Dasgupta said: “In our business, the ability to use robotics and Artificial Intelligence is huge. And that’s an area where we use the usual stuff like chat bots and internal virtual assistants. And we are now doing a project to see how we can complement tasks that normally require human judgment.”

Finally, Rishi offered a view on how the ongoing demonetisation drive could pan out. “We are moving from a physical world to a digital world; the next one or two years will reveal just how much we are able to move. Digitally, I think it’s going to be a gamechanger.”

The discussion concluded with a consensus that the ongoing data revolution and digital transformation are indispensable and unstoppable forces. Two key factors that could ensure the success of an entity in this milieu are having the right organisational culture for the transition to be meaningful and sustainable and ensuring data security along this journey.

Tweets by @forbesindia
Medwell Ventures: Just what the patient ordered
Ten interesting things that we read this week