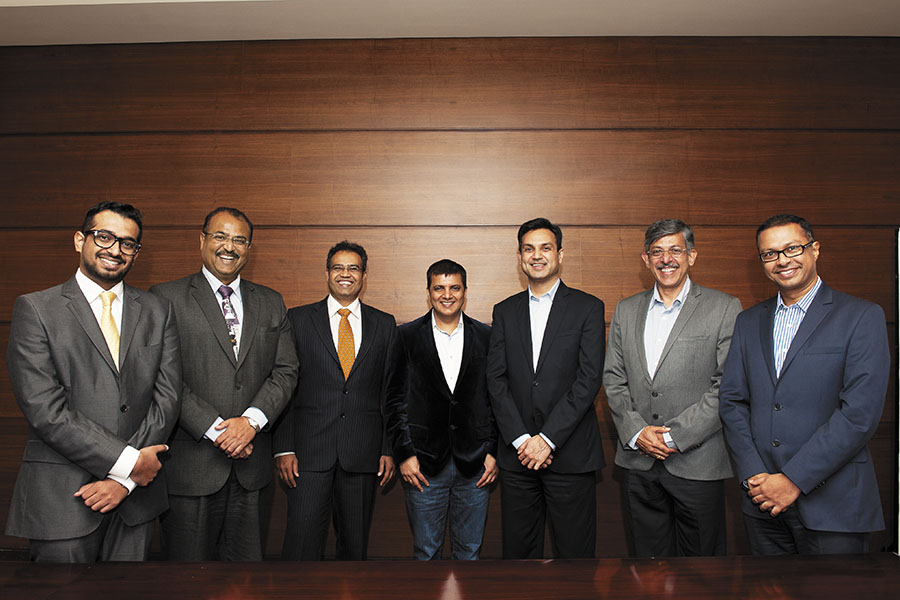 Technology could be the major differentiator between companies operating in the same sector and having access to similar customer information. This was the major takeaway at the second edition of Forbes India LeaderSpeak—The Digital Transformation Series, held in Pune on November 18.

Riding the Digital Express
Singhel began the discussion by comparing new technologies to a bullet train, ones that shake up the digital ecosystem every now and then. “And it is not just one bullet train. These bullet trains [new digital tools] keep coming one after the other, and the challenge before companies is to keep jumping from one train to the other rapidly,” he said. Citing the example of his own sector, Singhel added: “Although the general insurance industry has been around for over a hundred years, the 4G revolution is going to have an immense impact on our ability to reach a wider customer base across the country in a cost-effective manner.”

However, feels Patwardhan, the message is yet to percolate down to the lower levels in the organisation. “While the top level management is quite composed and knows exactly how to deal with changes unfolding in the digital ecosystem, there is confusion at the lower managerial levels,” he says.

Nathani was of the opinion that even some of the larger Indian companies are resistant to new digital tools and lack an integrated strategy even with the basics, like social media presence, and digital branding and marketing approach. Offering a contrarian view, Ray stated that while working with corporate clients, he had observed that companies are willing to adopt an omni-channel approach towards connecting with customers; it led them to formulate a robust offline and online presence. Ray’s colleague Maheshwari also said he had seen some B2B (business-to-business) ventures advance by leaps and bounds when it came to adopting technology. He cited the example of an oil refining company, whose CEO could control automated processes remotely through his iPad.

Traditional Versus New Age
The panellists unanimously agreed that technology leads to greater democratisation of entrepreneurship and provides the necessary tools to startups to achieve scale quickly. Singh observed that technology gives entrepreneurs access to tremendous and rapid scale, which enables them to be disruptive. “In today’s time, the large-margin, small-volume businesses have given way to small-margin, large-volume ventures, which are enabled by technology,” said Singh.

The dark side of the coin
While digital technologies can be used by businesses to further their interest, sometimes they are also used for the wrong reasons. Exploring this reality, Patwardhan remarked: “Technology invading your privacy, your thoughts, your behaviour is something that is going to happen.”

This led to a discussion on how safe it is to entrust technology companies with sensitive information and what organisations could do to ensure the sanctity of their data. Singh pointed out that in India there are a lot of people who are flippant in the way they use digital technologies, especially when it came to commercial transactions, and this exposes them to vulnerabilities.

Maheshwari shared that Microsoft, learning from its experience of dealing with hackers, had opened a cybersecurity engagement centre in Delhi three months ago to help the government as well as private companies preserve the integrity of their data.

Big Bets on Big Data
The industry leaders present at the discussion also scanned issues related to big data analytics to understand whether the trend had really caught on in a large scale. Nathani stated that for an organisation to become really data-driven, its CEO needs to dedicate 70 to 80 percent of his time pursuing that goal. Ray elaborated that there are two areas where his customers are routinely resorting to machine learning. “The first is HR analytics. We have customers in the IT sector who face the risk of employees working on important projects suddenly wanting to quit. These customers apply data analytics to try and predict human resource behaviour,” said Ray.

The Fourth Revolution
According to Patwardhan, digital transformation of companies is the fourth industrial revolution. Even manufacturing companies, which have traditionally been laggards in adopting technology, are rapidly getting used to the idea of being digitally equipped.

Singh believed this period will also be marked with increased acceptability of the digital cloud as a virtual space where information can be stored and business can be hosted. “Until two years ago, people did not want to move to the cloud because they were concerned about privacy and security issues. Today people are moving to the cloud because they are concerned about privacy and security issues,” Maheshwari said. “They reckon they cannot manage malware, hacking and other risks to their business on their own and would rather use the services of an expert.”