The government has taken the lead on digital reforms 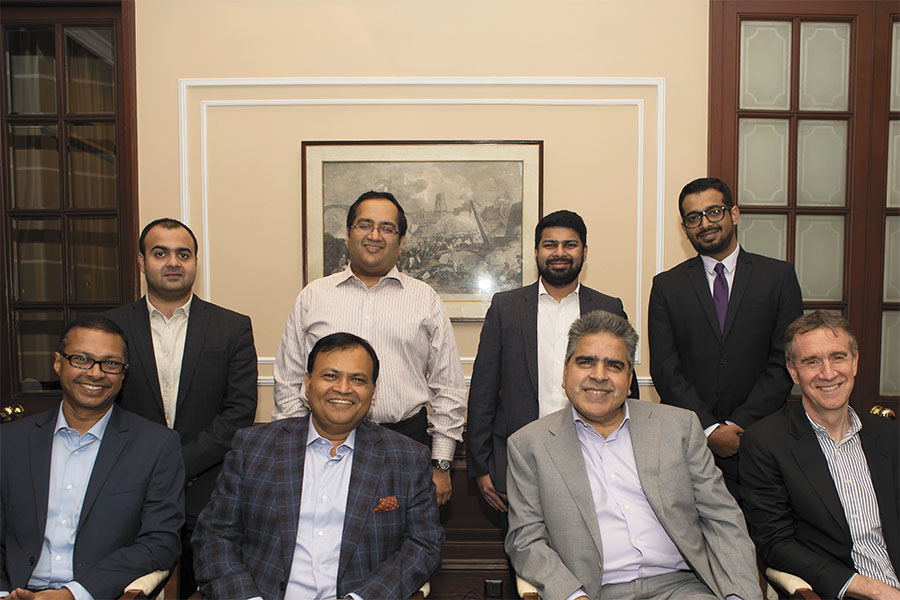 In India, it is the government that has taken the lead over private corporations when it comes to adopting a digital transformation strategy. The captains of the industry said as much when they came together for the third edition of Forbes India Leaderspeak—The Digital Transformation Series, a nationwide CEO roundtable by Forbes India in association with Microsoft, held on November 21 in Kolkata. The city’s business leaders who participated in the deliberations were: Amritanshu Khaitan, MD, Eveready Industries, Sunil Kanoria, vice chairman, Srei Infrastructure Finance, Raj Jain, chairman and MD, RS Software India, Suvankar Sen, executive director, Senco Gold, Keshav Bhajanka, executive director, Century Plyboards India, Bertrand Launay, chief operating officer, Microsoft India, and Abhrajit Ray, director, enterprise strategy, Microsoft India.

Government takes the lead
“In the last few years there has been a huge impetus by the government to create a digital environment,” said Kanoria. “Normally the government tends to lag behind, but when it comes to digitising processes the government has clearly taken the lead. I am amazed at the speed at which the government is moving.”
When it comes to industry, there is divergence of pace at which different sectors have embraced digital reforms, Bhajanka said. Companies in the manufacturing sectors are yet to catch up with their counterparts in sectors such as financial services, he observed.

It begins at the top
Sen, who represented India’s traditional jewellery industry, said the decision to digitally transform an organisation has to be taken right at the top. “Only if the head of an organisation decides that it must become more digital-friendly, it will; people have to be forced to change. But after successful implementation, people down the line start realising that it has benefited them.”

The panelists also discussed the most burning issue facing the country at present—demonetisation—and concluded that the step taken by the government will force consumers to look at new digital methods of transaction more seriously. According to Jain, it is only when consumers face pain-points that digital solutions are used on a large scale. Indeed, the use of digital wallets and other electronic forms of payment have received a boost after Rs 500 and Rs 1,000 denomination notes ceased to be valid tender from November 8.

Senco Gold, Sen said, has emerged as one of the largest sellers of jewellery on ecommerce platforms like Amazon.

Keeping pace a challenge
Khaitan, whose company makes everything from batteries to lighting devices, observed that nobody could ever be fully ready for digitisation as technology is evolving rapidly. “Rather than trying to emulate what is happening in developed countries, India should set its own digital transformation goals and try to achieve them,” he said.

He also cautioned that companies should avoid the mistake of implementing a new technology just because it is in vogue. It is important to assess the suitability of a new digital tool to the overall goals of the organisation, he said.

Cyber security
Like in the earlier editions, panelists in the Kolkata roundtable also voiced concerns on the security risks that come with digital transformation.

“Rushing into digital transformation without really paying attention to security, privacy and confidentiality, can have bad consequences,” Launay said.

“It is important to first ensure that you protect your assets, your people, your product, your data and your processes.”

Khaitan suggested that the government should encourage people to be aware of what information they should not share externally. Ray observed that one of the biggest challenges that companies face is a question of ethics.

“How do companies use the end-user data with them is the question,” he said.

Kanoria observed that poor connectivity is slowing down the process of digitisation as did some of the policies over the past few years. Internet prices in India are some of the highest in the world, Sen pointed out.

Job loss fear
Whether technology will make certain manual functions redundant, and lead to job losses as a result, is a common debate. Kanoria was of the view that while some human functions will get replaced with technology, the same technology will also help create employment of a different kind.

Khaitan supported Kanoria by saying that digitisation was fuelling entrepreneurship in India like never before and enabling self-employment and wealth creation.

But just having the right digital tools and techniques is not sufficient by itself.

Khaitan summed up by saying the physical infrastructure that enables the use of technology needs to be ramped up to support this “wave of digitisation”, and people should be educated on how to make best use of the digital platforms.