How Infuse Ventures is helping Bharat catch up with India

IIM Ahmedabad's Centre for Innovation Incubation and Entrepreneurship is a key enabler of clean tech enterprises through its VC fund, Infuse Ventures. Now it is preparing for a much larger 'market-making' foray 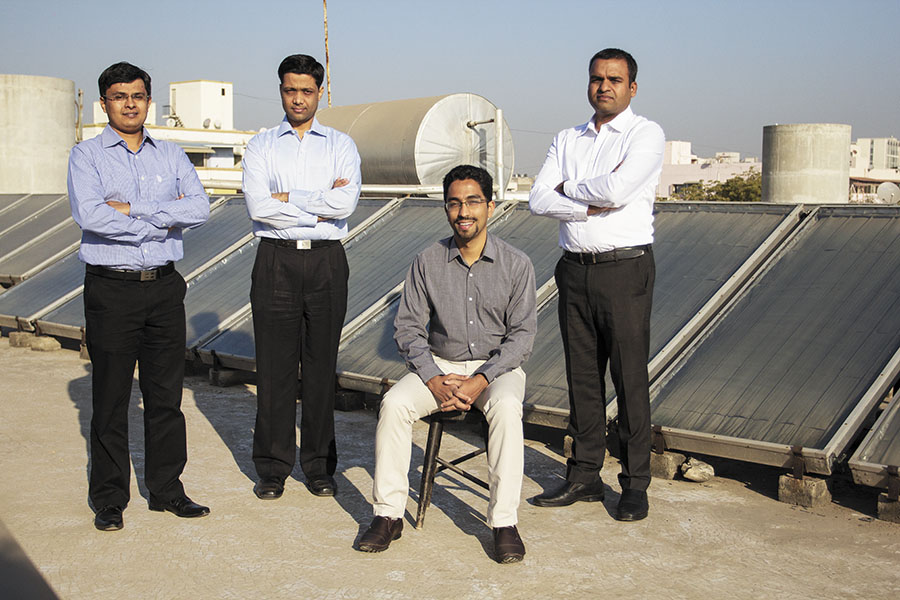 In late 2015, as part of his visit to Silicon Valley, Prime Minister Narendra Modi announced the creation of a ‘Bharat Fund’. The $150-million fund would be a public-private-academia partnership set up by the Centre for Innovation Incubation and Entrepreneurship (CIIE) at IIM Ahmedabad. Implicit in the announcement, however, was the gap that exists between the primarily urban, affluent India that many of the country’s startups cater to, and ‘Bharat’.

“While the Indian entrepreneurial ecosystem has evolved significantly, there’s still very little capital available for what I would call breakthrough innovations or IP-driven innovations coming out of India,” says Kunal Upadhyay (35), the chief executive of CIIE. There were, he points out, over 50 investments in the food delivery space in 2015, but a handful in the agri-tech space. “There were very few supporters of the fundamental problem of agricultural productivity and an unbelievably high number of supporters for the former.” For Upadhyay, these misplaced priorities are manifest in other sectors as well. “Very few innovations provide support for medical devices, but if you want access to a doctor nearby or pharmacy, there are several takers.”

It is this gap between priorities and fundamental problems that Upadhyay, and the team at CIIE, are looking to bridge through the Bharat Fund, which will focus on technology-enabled startups in health care, life sciences, and sustainable energy. Bharat, in fact, is an acronym for Better Healthcare, Agriculture, Renewables and Technologies.

In 2007, after brief stints at Citibank and American Express, Upadhyay returned to his alma mater, IIM Ahmedabad. In the early years, following its launch in 2002, CIIE’s activities were more academically inclined, says Upadhyay, who has helmed the Centre since 2007. Over time, however, it evolved into a “full-fledged incubator”. As it stands today, CIIE is “a market-making platform, designed to create initiatives, programmes and interventions that will bridge gaps in the Indian entrepreneurial ecosystem.”

Not long after Upadhyay joined, it became clear to the CIIE team that the clean-tech space, which, among other things, includes renewable energy, waste management and smart grids, was underserved. They attempted ‘interventions’ by inviting entrepreneurs and startups to engage with it through various programmes.

Thanks in large part to it being the incubation wing of IIMA, CIIE has the ability to impact the areas in which it chooses to intervene. Take, for instance, Ecolibrium Energy, a startup incubated at the centre in 2011. The company started with its founders Chintan Soni (41) and Harit Soni (33) arriving at CIIE for a programme that aimed to find innovative clean tech firms, in partnership with the Ministry of New and Renewable Energy (MNRE). The Sonis shared their concept of creating a smart grid company, and after some discussions, got incubated at the centre. “After that, we started doing some market research, meeting companies and realised that smart grid as a concept is very regulation driven,” says Chintan.

Since it is not easy for a startup to exist in a heavily regulated space, the company changed course and now works with enterprises dealing with energy efficiency, and uses Internet of Things (IoT) devices and big data to optimise commercial energy use.

This evolution occurred on-campus at CIIE. “Three things were very useful for us at CIIE,” says Chintan. “We got some seed funding, which was critical at the product-development stage. The second thing was the IIMA brand which helped us a lot when we went to companies.” Finally, at the product-development stage, the company tapped into the extensive knowledge base of the institute’s professors. A couple of years after incubation, in 2013, Ecolibrium Energy became the first company to receive funding from what would be India’s first clean tech-focussed early-stage venture capital (VC) fund—Infuse Ventures.

Setting up Infuse Ventures in 2013 is perhaps CIIE’s most significant step towards achieving its ‘market-making’ ambitions. It was set up and run by a small team that included Shyam Menon, a clean tech evangelist and former World Bank consultant on the subject, Amber Maheshwari, an IIMA alumnus who had worked with Boston Consulting Group, and Vibhor Dhanuka, who was a clean tech consultant for EY India.

Even when the fund was being set up, it was clear that it had to go beyond simply providing early-stage capital. “You can keep incubating startups, but there’s not enough funding available beyond that stage,” says Upadhyay. Data from investment tracking firm Tracxn shows that in 2012, of the 12 rounds of VC funding raised by clean tech firms, four were seed rounds and seven were series A rounds. However, there were no series B rounds and just one series C round of funding.

Says Upadhyay, “When you want to play a development role, you need to go beyond capital. That’s why we created a first of its kind public-private-academia partnership.” CIIE sought to tie up with all possible stakeholders. “For example, in this sector, there were significant policy risks, so we brought the government on board.”

The MNRE provided not just financial support to the fund, but also guided the startups through policies and regulations. “On the other hand, we have the private sector, with corporations like British Petroleum and Godrej as partners in the fund and investing.” For institutional support, CIIE brought in the Asian Development Bank (ADB) and the International Financial Corporation (IFC), which is a part of the World Bank Group.

Together, these institutions lend substantial heft to the fund, enabling it to not just invest in companies, but also help them sustain themselves. “You want to deal with VCs that are as dynamic as you are, because the industry itself is constantly shifting, shafting, and getting its sense,” says Vivek Subramanian, executive director of Fourth Partner Energy, a provider of rooftop solar solutions in which Infuse Ventures invested in 2015.

For instance, when Infuse Ventures invested in Gold Farm, in 2014, it was called Surya Power Magic, and focussed on its solar water pumps business. However, in order to serve a wider customer base, namely farmers, it has since transformed into an agri startup that enables farm mechanisation. “They give us a lot of flexibility,” says Abhilash Thirupathy, director at Gold Farm. “It’s a breath of fresh air for any company that is working in the space.”

This flexibility is intentional. “The idea,” says Upadhyay “has always been to see the kind of risks an entrepreneur faces and find out how we can remove the risks.” This includes providing enough of a runway for entrepreneurs to be able to compete. “We have to be patient and keep enough reserves for follow-on investments,” he adds.

Subramanian, whose company raised $2 million (about Rs 13 crore) from Infuse Ventures in follow-on funding in 2015, found the investment to be helpful even beyond its capital implications. “We get to hear ideas from the government itself. We’ve done a couple of presentations to the secretary of the MNRE. Bodies like the IFC and ADB, who matter to this market, are accessible through the Infuse network.” Fourth Partner, Subramanian says, hopes to close the financial year with revenues of Rs 100 crore.

Though it is still a challenge for clean tech companies to raise late-stage funding, the CIIE’s approach has had substantial results. It has invested in a total of 14 companies, and although there have been no exits, given the nascency of the fund, its impact is evident and not limited to improving the entrepreneurial ecosystem. “While they’re not focusing on it, if you look at their portfolio, nearly all the companies are impacting society,” says Ecolibrium’s Chintan Soni. For instance, he says, “India today has energy loss of over 30 percent. And 50 percent of energy is consumed by industry and commercial consumers. If we can save 2 to 3, or even 5, percent of energy through optimisation, the surplus can be used to do good. Of course, we’re not a non-profit, but like most of Infuse Ventures’ portfolio, there’s an impact for sure.”

Upadhyay agrees, adding that while it is not an express aim of CIIE to make ‘impact’ investments, “We are really looking at solutions for both the bottom of the pyramid and the missing middle.”

With the Bharat Fund, the purview of CIIE’s investment operations is set to expand. While the size of Infuse Ventures was Rs 110 crore, the new fund aims to raise about Rs 1,000 crore. The ticket sizes, too, will get bigger: Where Infuse Ventures’ investments ranged between Rs 2 crore and Rs 11 crore, the new fund would be willing to deploy up to Rs 25 crore in a company.

What won’t change, however, are CIIE’s priorities.