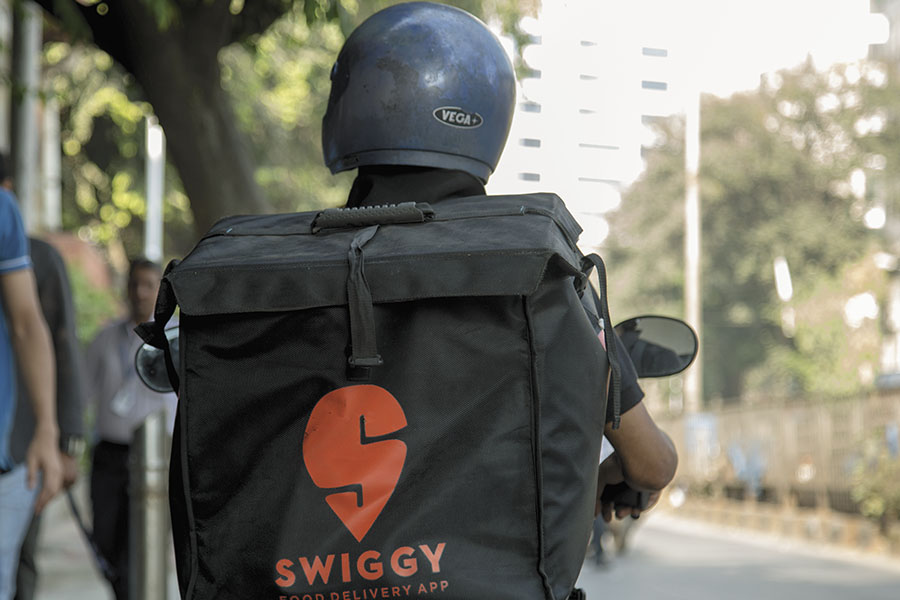 Swiggy says its users simply switched to online payments after it suspended the cash on delivery option
Image: Joshua Navalkar

On the evening of November 8, Nitya Sharma, co-founder of the payments firm Simpl, was seated in his company’s Mumbai office when the news broke. “Somebody read it on WhatsApp and came and told us,” he says. Prime Minister Narendra Modi had, in a televised address, announced that currency notes of Rs 500 and Rs 1,000 denominations would cease to be legal tender at the stroke of midnight. As Sharma, who has spent most of his career working in finance, grappled with the broader economic implications of the announcement, it was easy to glean what it meant for his company.

Within no time, transactions on the platform were skyrocketing. And for good reason. Sharma’s company, Simpl, underwrites small, frequent payments that users make at its partner merchant platforms, primarily food-tech ones like Holachef, FreshMenu and Faasos. For instance, if you place an order and select the ‘Pay Later’ option, Simpl will pay the merchant on your behalf and allow you to settle it within two weeks at no extra cost.

While the concept of cash on delivery (CoD) has always presented Indian ecommerce with multifarious problems—lack of change, possibility of theft or pilferage and even logistics—the ubiquity of cash in the Indian economy and the culture of using it made CoD indispensable. “That’s because it acts as a lubricant for trust. And in an evolving market like India, you need cash to build trust,” says Sharma.

That changed overnight. The morning after Modi’s announcement, several food-tech companies, including top players like Zomato and Swiggy, suspended CoD on their platforms despite apprehensions that it will bring down demand. Says Srivats TS, vice president-marketing, Swiggy, “We thought suspending CoD will disturb the hassle-free Swiggy experience. But our users simply switched to online payments already available on our platform.”

Srivats, in fact, claims that Swiggy has seen an increase in transactions over this period. Zomato, too, says it has seen a 200 percent rise in online payments and a “significant” increase in overall order volumes. It’s no different with Faasos. “We have seen an increase in business over the last week [since November 8],” says Revant Bhate, part of the company’s founding team and its head of marketing. That could be because Faasos is a standalone company and all its products are available digitally, unlike Zomato or Swiggy where some merchant partners may not prefer the digital route. That’s also perhaps why the mode of transaction seems to have changed for Faasos. After the demonetisation move, the contribution of cash to its revenues has fallen from about 50 percent to under 15 percent despite sticking to its CoD facility.

RedSeer Consulting, a Bengaluru-based research firm, though, suggests that the food-tech sector, much like the rest of the Indian economy, is likely to suffer only in the short term. Aayush Katyal, team lead at RedSeer, says there has been a decrease in the number of orders. “The effect has been negative, but it will become normal in future,” says Katyal. “In the hyper-local sector, a similar pattern is being observed. It is expected to return to normal over a longer time period.”

For the time being, payments firms across the board are seeing a significant spike in demand from both consumers as well as merchants looking to partner with them. Paytm has reportedly claimed that it will have an eye-popping 1.5 crore merchants on its platform by November 27. Such a surge is spurred by the fact that, for food-tech platforms, ramping up payment options is the easiest way to tide over the cash crunch brought about by demonetisation. “We’ll be online with Zomato, Swiggy and pretty much everyone else very soon,” says Sharma.

There are other instances of companies independently employing similar strategies to reduce the inconvenience of demonetisation. FreshToHome, a Bengaluru-based online fish and meat delivery company, has introduced an ‘IOU’ scheme where a customer can order online or over the phone and pay later. “We wanted to do an interesting social experiment and also see how we could do our part to mitigate the issue,” says Shan Kadavil, the company’s CEO and co-founder. With an upper limit of Rs 600 per order, customers can simply choose an ‘IOU’ option and it will be credited to their registered account on the company’s website. “Only 40 percent of our customer base [and less than 30 percent in cities like Kochi and Thiruvananthapuram] use credit cards. So a large part of our customer base couldn’t access the produce,” adds Kadavil.

Swiggy’s Srivats also claims that demonetisation has converted many cash loyalists to go cashless. “In fact, almost 50 percent of our users, who ordered in during this period, had never paid online before,” says Srivats.

While that may be the case today, when cash returns, will old habits follow too?