By building a model that spans aggregation, delivery and sourcing, Faasos may well have succeeded in striking a balance between scale and sustainability 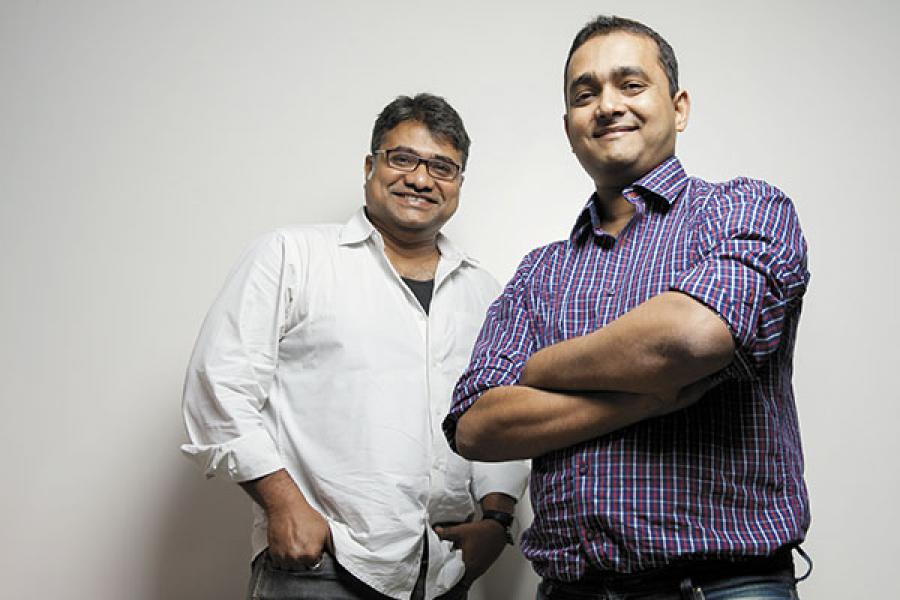 Since the launch of their first restaurant in Pune in 2003, Jaydeep Barman and Kallol Banerjee, co-founders of Faasos, a “food on-demand” company, have frequently been asked about the origins of its name. In previous interviews and other interactions, the duo has come up with a few explanations for it, including the assertion that it is an acronym for ‘Fanatic Activism Against Substandard Occidental Shit’.

This definition, though, was retrofitted. Its name, oddly enough, was taken from that of the African nation, Burkina Faso. “We had read that it meant ‘The Land of the Incorruptible’. That sounded nice,” says Banerjee. They proceeded to dispense with Burkina since Faso sounded like fast food, which was the intended theme. “We also had our designer present at the meeting and he suggested that we add an ‘a’, since he needed five letters in the name to design the original logo.” (It was called Faaso’s but was rebranded in May this year to drop the apostrophe.)

This short sequence of events is in many ways symptomatic of their approach: The ability to quickly determine what is and isn’t important, and to dispense with whatever isn’t. It has, at least in part, aided Faasos’s evolution from a delivery-centric restaurant chain to its present avatar of a food technology company.

The food on-demand tag that it uses to define itself essentially means that Faasos uses a network of delivery centres (DCs) to deliver food to customers, around 97 percent of whom use its app to place orders. This fact by itself is unremarkable in a business cluttered with app-based services. But add the scale of Faasos’s growth and the sustainability of the model its co-founders have created, and the venture stands out.

These fantastical growth numbers would border on the absurd were it a quick service restaurant (QSR) chain. For one, QSRs require high capital expenditure. They also function on low margins, and it is usually a steep uphill climb towards profitability for most QSRs.

Owing to its delivery-centric model, one would be inclined to assume that Faasos is a QSR. And with 160 outlets, that would make it one of India’s largest homegrown QSR brands, which is no mean feat.
But Barman denies that inference. “We’re not a QSR chain,” he says. This is not to say that it never was one.

Autopilot
Founded by IIM-Lucknow classmates Banerjee and Barman, Faasos began as a restaurant in Pune, specialising in kathi rolls. In the early 2000s, while they were working at an e-learning company called Brainvisa Technologies, the two had often talked about opening a restaurant together. “I basically wanted to start it because I missed the Kolkata kathi rolls in Pune,” says Barman. So, in 2003, he quit his job and they launched their first restaurant.

While setting it up, “we did everything that we thought we should be doing,” says Banerjee. They hired good cooks, set up a quality facility with a glass facade, which was something of a novelty then. But with no experience of working in the food and beverages sector, they were in for an unpleasant surprise. In the first month, their restaurant’s sales were lower than the electricity bill.

The next few years weren’t easy either. Although they managed to add four more restaurants by 2006, Barman was getting impatient. “I was the most broke that I have ever been,” he says, laughing. By expanding in the face of early failures, they had found it hard to come by additional capital. So Barman left for INSEAD in France to pursue his second MBA and Banerjee followed a year later. Faasos was put on autopilot with two people managing it.

It was only in 2010 when Barman quit his job as an associate partner with McKinsey in London and returned to India did the Faasos story resume. Banerjee too returned from his Bosch stint in Singapore. The two managers were allowed to run the earlier restaurants (though the restaurants eventually came back into the fold) while Barman and Banerjee began expanding the franchise. The brand’s purple and yellow signage began popping up in Pune, Mumbai and later in Bengaluru. A typical store consisted of a kitchen and a small standing area that would sometimes have a table or two, but was usually bare. The focus was clearly on delivery. The chain quickly grew from six outlets in 2011 to over 50 in 2013. 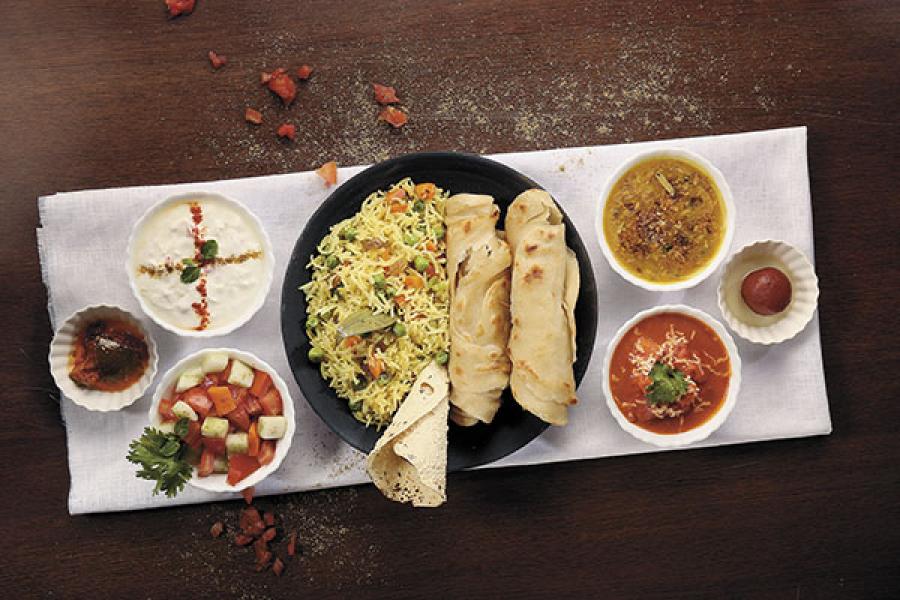 Image: Courtesy Faasos
A food on-demand company, Faasos is present in 15 cities, through its 160 delivery centres