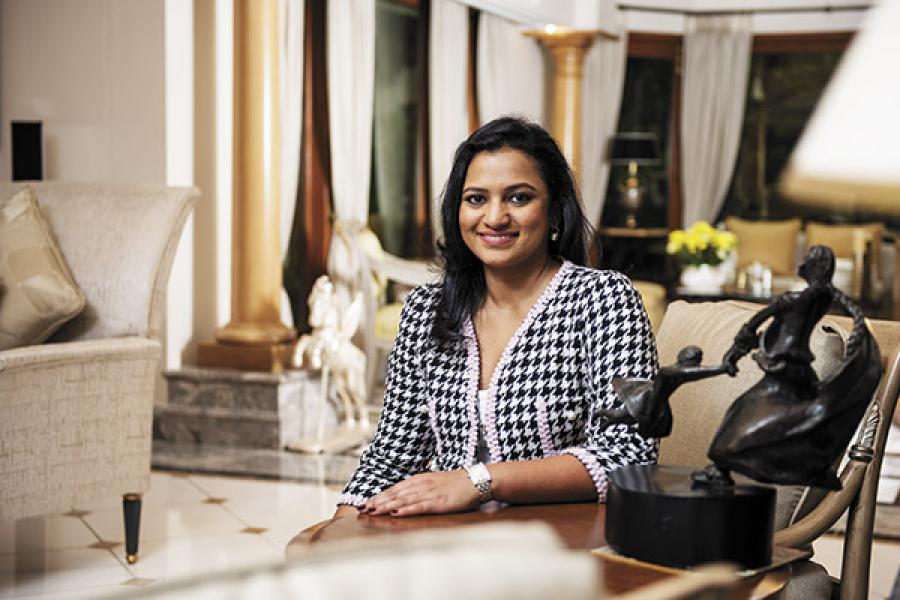 Amruda Nair’s family home, a large white bungalow partially covered by ivy, hides within the compound of The Leela Mumbai hotel. Our car pulls up to the porch and we make our way to a large living room, where she is seated. There’s a gilded look to the place. The legacy that Amruda is heir to surrounds her. Over the past three decades, her family has created one of India’s most storied luxury hotel brands. The Leela Palaces, Hotels and Resorts, founded by her grandfather the late Captain CP Krishnan Nair, owns and runs iconic hotels in Delhi, Chennai, Udaipur, Bengaluru and Mumbai. Her father, Vivek Nair, is now the chairman and MD of Hotel Leelaventure, the listed holding company of the hospitality group that clocked revenues of Rs 661 crore in FY2016. Though, initially at least, our meeting has less to do with maintaining a legacy and more with building a new one.

Early last year, Amruda, together with Doha-based billionaire Sheikh Faisal Bin Qassim Al Thani (Forbes estimates his net worth to be $2.3 billion, or Rs 15,277 crore, as of September 3, 2016) announced a joint venture to create Aiana Hotels & Resorts, a global hospitality company. Since then, the Doha-based company has signed management contracts for eight hotels in both India and the Middle East. The locations of the hotels are based on a hub-and-spoke model—cities with an international airport serve as hubs and hotels are at driving distances from it.

Now, in her role as the joint MD and chief executive of the firm, she is putting the finishing touches on the first few properties set to roll out under the Aiana banner. “The basic premise of creating a new brand was to launch an Indian-inspired brand in the Middle East,” says the 33-year-old. While the brand would have an “Indian service ethos”, it wouldn’t necessarily be Indian in terms of design or the broader concept. The decision was also based on a very specific premise. The Indian luxury hospitality segment has long focussed on catering to the nearly four-and-a-half million forex-paying tourists that visit the country every year, she explains. “If you look at the number of Indians travelling abroad, you’ve got five times that much. We’re expected to see 20 million [Indians travelling abroad] this year alone.” The idea was simply to look outward.

This, however, remained hypothetical until Amruda met her future business partner at the Leela Group’s Chanakyapuri property in New Delhi, in 2014. Al Thani is the chairman and CEO of Qatar’s Al Faisal Holding, which, through a subsidiary, owns marque properties like The St. Regis Washington, DC, the Four Seasons Hotel in Cairo and the Grand Hyatt in Berlin. An ardent antique collector, he was on an antiquing expedition to India when he met Amruda, who was then heading asset management for the Leela Group. Al Thani asked her what she would like to do in the future and she decided to run her idea by him. “I said: I think everyone’s looking in when we should be looking out. What I’d like to do is follow the Indian traveller.” It has been a couple of years since, and she’s doing just that.

Crucially, the company is based on an asset-light model that does not involve ownership of properties—Aiana will run the hotels through management contracts with developers that own the properties.

The model is a departure for both the players involved. Al Faisal Holding and the Leela Group have both been hotel owners, though the latter has begun taking up more management contracts of late. “The asset-light model is an internationally accepted model for the hospitality business and Indian markets are fast aligning to global trends,” says Mandeep Lamba, managing director, hotels and hospitality group at the investment management firm Jones Lang LaSalle (JLL) India. “Leading Indian hospitality companies such as Oberoi, Taj, ITC and Leela have all embraced this model as part of their growth strategy.” 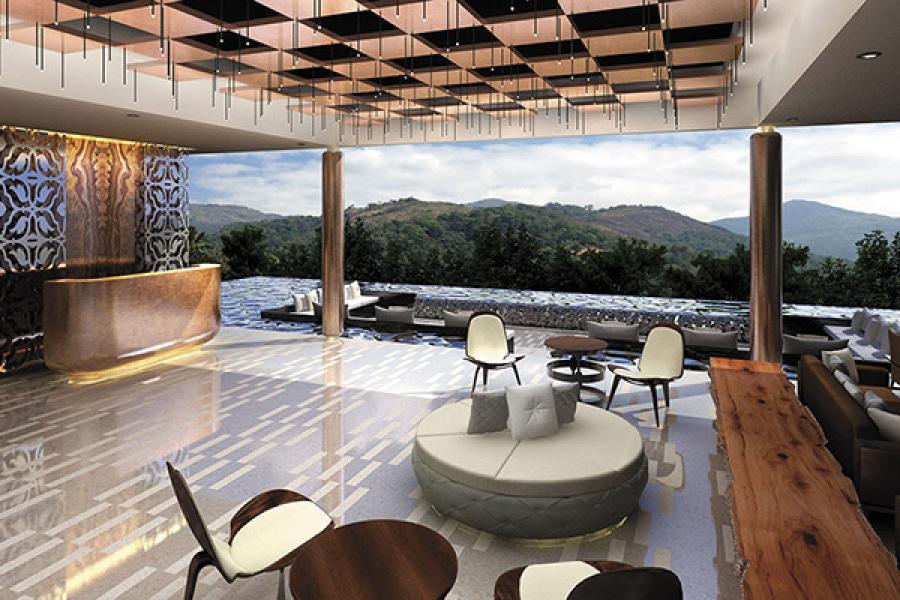 An impression of Aiana’s 33-room villa concept in Munnar, Kerala, one of its first two properties