From social media to online travel: The twists and turns of Ibibo's long journey

Ashish Kashyap transformed Ibibo from a social media company into an important player in the Indian online travel space. Now, he is geared up to fight for the meatiest chunk of the travel market: Hotels 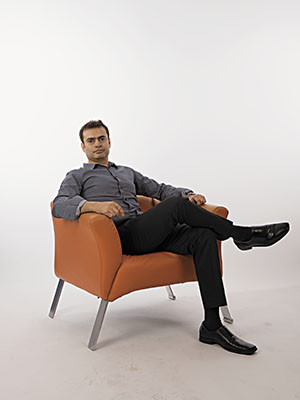 A train chugs along the tracks. A man seated inside one of its compartments engages in a one-sided, animated conversation with a subject that’s not immediately visible. He talks about the book he’s reading, discusses his family and even suggests board games that they could play together. As the journey draws to a close, it turns out the man’s been talking to a bucket this whole time. A narrator’s voice kicks in: “Kuchh log balti hote hain yaar, aur balti nahin bolti. Bolta hai India, Ibibo.com par (some people are buckets and buckets don’t speak. But India does, on Ibibo.com).”

It was 2008, and this commercial was a regular fixture on Indian television. But behind the absurdly amusing advertisement, part of an expensive publicity campaign by Ibibo.com, lay an uncomfortable realisation.

Founded in 2007 by former Google India head Ashish Kashyap, Ibibo began as a greenfield (incubator) operation in Gurgaon with financial backing from South African internet and media giant Naspers. A number of ventures would emerge from it, including an online gaming platform and a payment solutions provider.

In 2008, though, the most significant of these was a social media platform. It had, however, become increasingly clear to Kashyap and his team that a social media company, with the emergence of Facebook and existing competition, would struggle to find takers. Besides, digital ad revenues in India, on which such a service would depend, weren’t high enough. It was time to look for alternatives.

Soon after, in 2009, a team of eight people began work on an online travel platform, in a manner typical of Kashyap’s approach to organisation building: Create separate self-sufficient units and put constraints (they were provided with an initial sum of $50,000) on them to optimise performance. “The core idea was to put together an entrepreneurial, high-energy team and allow it to create,” says Kashyap who is the group CEO. The result was an online travel portal called Goibibo.com.

It has been seven years since, and Kashyap, 43, seated in a boardroom at the Ibibo Group headquarters for our meeting, has the look of a man in control. Reason: Despite being a late entrant into the online travel industry, the Ibibo Group, with its two major entities, Goibibo and online bus reservation platform redBus, has evolved into one of the largest players in the Indian online travel market. Its employee strength has grown from around 60 just two years ago to about 1,600. The number of hotels on its platform doubled over the past year to 43,000. Its topline more than doubled from Rs 114 crore in FY2014 to Rs 243 crore in FY2015 (though losses widened from Rs 117 crore to Rs 377 crore), according to the company’s latest filings with the Registrar of Companies. (The revenue numbers do not include revenues from redBus and business-to-business travel portal Travel Boutique Online.)

Now, Kashyap finds himself at perhaps the most important juncture in his decade-long entrepreneurial journey. Earlier this year, in a display of confidence in the Indian online travel market, parent Naspers announced it will be investing $250 million (around Rs 1,678 crore) in the Ibibo Group. The move is particularly significant considering that it follows Chinese travel giant Ctrip’s $180 million investment into MakeMyTrip in January 2016. To add to the already high stakes, the coveted hotels segment has now seen Goibibo emerge as the largest challenger to MakeMyTrip’s hegemony.

Between October and December 2015, Goibibo had the highest volume share of hotel bookings among Indian online travel agencies (OTAs) according to a Morgan Stanley research report released earlier this year. Another report by British research firm Millward Brown reportedly put it at second spot with an 18.9 percent market share, against MakeMyTrip’s 25 percent. Going by even the more modest of the two estimates, the company has come a long way. Consider that in 2009, when most of its competitors including Yatra.com, Cleartrip and MakeMyTrip were already present in the Indian market, Goibibo was an eight-person project.

Ask Kashyap whether he found this intimidating when starting out, and he just shrugs, saying, “The way I looked at it, online travel was a sector which was significantly broken, perhaps even more broken than product commerce.”

He then launches into a point-by-point critique of what he saw as fundamental problems with OTAs. While the user interfaces were attractive, the workflow of these websites was flawed. This would lead to frequent booking errors. After a cancellation, customers would have to wait upwards of a month to receive their refund. “The basic problem of trust, fulfillment and reliability hadn’t been solved,” he says.

There was also, he believed, a fundamental problem with existing business models. “Ecommerce is a low-margin business, which means that you have to have low, fixed-cost structures,” he says. That was why he found it surprising that most OTAs had physical retail outlets. Franchisee outlets and a large work force seemed to him to be the antithesis of what an online company should be doing. And so, having set out to address these apparent gaps, Goibibo was “quietly” launched in 2009. 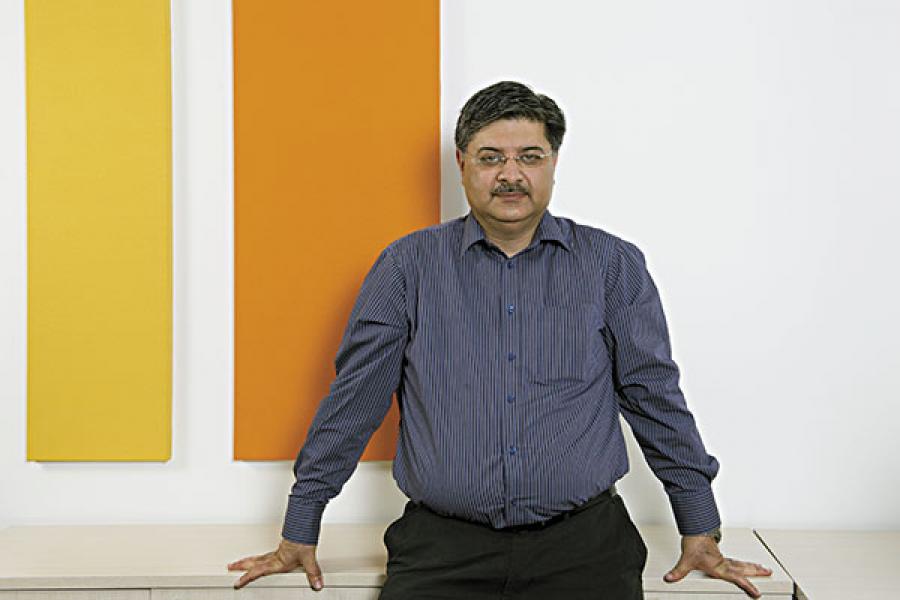 Image: Amit verma
Sanjay Bhasin, co-founder and CEO, Goibibo says the company chose not to spread itself thin in its early years. Till 2012, it only sold domestic air tickets