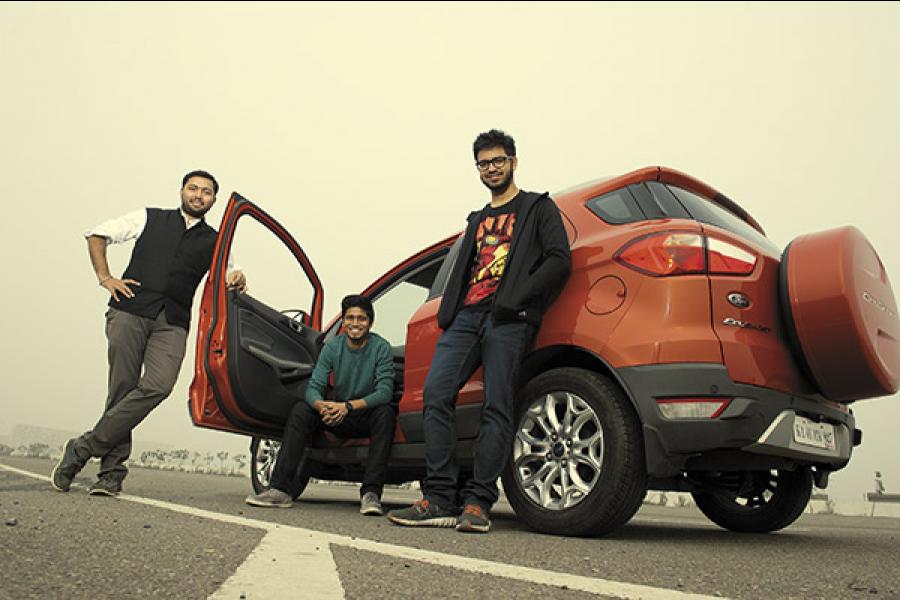 Image: Amit verma
Purkayastha (left), Iqubal (centre) and Pandey love driving. For them, the excitement of ‘mile-munching’ is no less than steering their venture


On March 23, 2013, Azhar Iqubal, together with his IIT Delhi classmate Anunay Pandey, and Deepit Purkayastha (who was then at IIT Kharagpur), created a Facebook page called News in Shorts. It contained summaries of news items with links to the original stories and quickly generated interest from readers. Months later, they were admitted to the Times Internet-backed TLabs startup accelerator. Today their app, now called Inshorts, delivers 60-word summaries of the day’s news to about 3 million subscribers everyday. (Its founders claim that this number stood at just 100,000 in December 2014.)

The three co-founders aren’t big fans of the news. “[But] it’s not that we’re not interested in news content, it’s just that we’re not interested in all kinds of news content,” says Iqubal, CEO of Inshorts. The online space, they believe, is cluttered, so they are taking the help of a personalisation engine to improve the relevance of their own content.

In 2015, Inshorts raised a total of $24 million in two funding rounds, both led by Tiger Global. Flipkart co-founders Sachin and Binny Bansal are also investors in the venture. Although they haven’t begun monetising the platform yet, the revenue model, say the founders, will be based on advertising and sponsored content.

“With Inshorts, the founders have struck a chord by tapping into a few core consumer needs: Simplicity, brevity, and speed,” says Satyan Gajwani, CEO, Times Internet. There exists an untapped market of passive news consumers that is only being served news content through social media, believes Purkayastha, the company’s chief strategy officer. The race to coherently present news to this audience is still on, he adds. It also wants to expand the scope of its content. “For a millennial audience, what’s trending on Twitter is just as relevant as other news,” insists Iqubal.

By moving beyond mere aggregation to distribution, it can create a one-stop solution for news delivery: “The difference lies in how we’re approaching the problem,” says Pandey, the chief technology officer.