Mathew Jose is changing the world with scrap 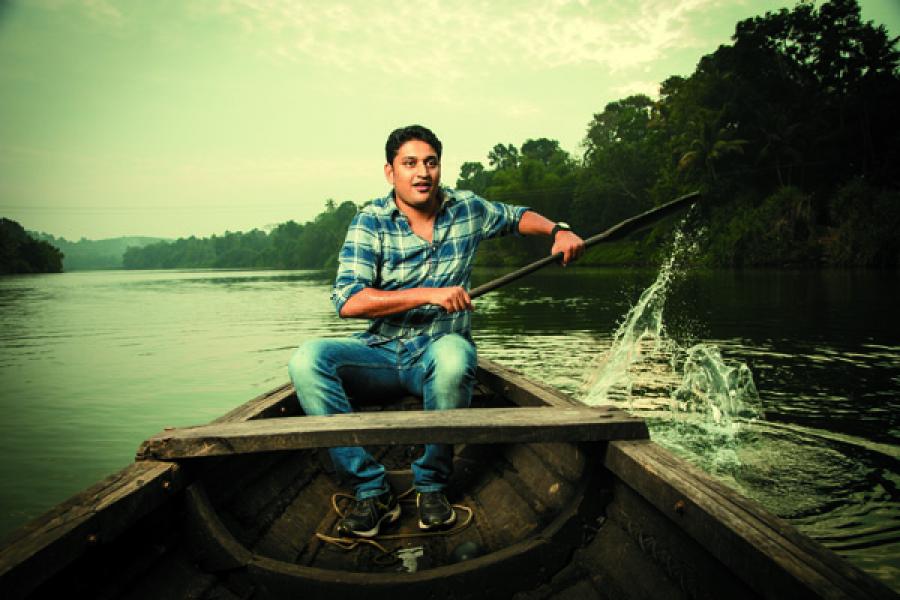 Image: Shaheen Thaha for Forbes India
If he wasn’t running Paperman, Mathew Jose would be travelling the world

The next time you give away your old papers and plastic scrap to your local kabadiwala (scrap dealers), take a moment: Feel proud. For, you have helped complete one end of the chain that leads to effective urban waste management and connects households to the local scrap dealer. Chennai-based entrepreneur Mathew Jose should feel even prouder. After all, organising this in the city through his venture Paperman has been his goal over the past five years.

Jose, who grew up in Kerala, comes from a family involved in plywood trade. “My father’s business was linked to cutting trees, and I am involved in saving them,” says Jose who, after graduation from Madras Christian College, honed his entrepreneurship skills at local NGO ExNoRa.

A chance discussion at home with a local kabadiwala got him interested in the recycling business. His bootstrapped venture Paperman now connects 270 kabadiwalas to 3,500 households in Chennai to ensure that scrap is collected, electronically weighed and paid for in 60 minutes. Paperman charges the kabadiwala 5 percent of the total value of each transaction as revenues.

Several entrepreneurs have set up similar ventures in other parts of India.

But Paperman has differentiated in scale and format. Jose has introduced trash funding wherein customers, instead of selling trash, can choose to donate it to an NGO of their choice. At least 35 NGOs in Chennai use Paperman to raise funds for their causes, which include child mortality to HIV.

This year, Jose will approach investors seeking a $1 million funding to help expand Paperman’s business to Hyderabad and Bengaluru. In 2017, he plans to regulate the market further, by connecting kabadiwalas to the industry, which needs waste products for recycling.

Paperman generated revenues of Rs 40-50 lakh in 2015, a four-time jump from Rs 10 lakh in 2014. “What excites us about Jose is that he is creating an alternate economy from waste, through trash funding,” says Trina Talukdar, venture manager at Ashoka India, one of the largest networks driving social entrepreneurship.