A handful of medical care ventures in rural areas have proved they are commercially viable, prompting more entrepreneurs, and investors, to follow in their footsteps 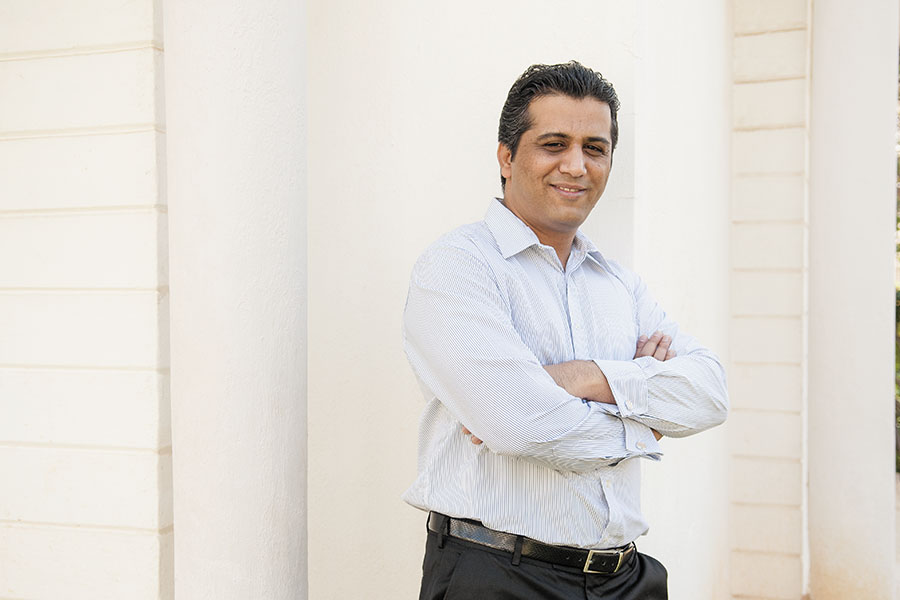 When you traverse the streets of rural Karnataka, you are likely to encounter several girls called Vaatsalya (Sanskrit for ‘affection’). Many of them have one thing in common: They were born in the same hospital.

Vaatsalya Healthcare Solutions, founded in 2005 by Ashwin Naik and Veerendra Hiremath as a single hospital in Hubli, is today a chain of eight hospitals, each with 70 to 80 beds, spread across rural and semi-urban Karnataka—including districts such as Hubli, Gadag, Hassan, Shimoga and Mysuru—and Andhra Pradesh.

Naik and Hiremath were roommates in Hubli’s Karnataka Institute of Medical Sciences in the mid 1990s and shared a passion for catering to India’s underserved rural and semi-urban population. “What started as a dream is now a reality,” says Naik, 43, for whom the urge to set up a social health care venture stemmed from his own childhood experience. “Both Veeru [Hiremath] and I grew up in small towns so we understand the needs there,” he says. “Our mission was to bring affordable critical [health care] services to small towns, specifically to people who have to travel a lot, sometimes to nearby metros, for basic and critical health care.”

After becoming successful in Karnataka, Naik and Hiremath, 41, ventured into neighbouring Andhra Pradesh and launched a hospital in Narasannapeta in 2012. Today, Vaatsalya serves about half a million patients every year. “The next stage will be to replicate in multiple states the model that we refined in Karnataka,” says Naik.

In the early 2000s, Naik and Hiremath had the option of pursuing medical careers in reputable super speciality hospitals in India or abroad. Both had brief stints overseas before setting up Vaatsalya. While Naik set off for the US to work on the Human Genome Project after graduating in 1996, Hiremath completed his master’s degree in Hospital Administration and Hospital Management from the Hinduja Institute of Healthcare and Management in Hyderabad, and moved to Malaysia to work in a hospital.

But as luck would have it, they both returned to India and bumped into each other. They revived their passion and set up a hospital, naming it Vaatsalya after Hiremath’s mother.

“On studying the rural market, we realised there was not only an opportunity to do good, but also build a sustainable business,” says Naik. “Also, Veeru and I complement each other. While he has operational expertise, given his specialisation in hospital management, I take care of the medical part,” he says.

So, when they decided to set up the first Vaatsalya hospital, with a corpus of Rs 1.36 crore raised from high net worth individuals, they chose a nondescript town over an urban destination. Today, the hospital has the backing of  venture capital (VC) firm Aavishkaar Venture Management Services and private equity (PE) fund Bamboo Capital Finance.

One of the pioneers in the rural health care space, Vaatsalya was established at a time when the contours of health care in the country were witnessing a dramatic change with several super speciality hospitals mushrooming in urban India. These included Max Healthcare, Fortis Healthcare and Medanta Medicity. “We thought of implementing the Vaatsalya model in tier II and tier III towns when health care facilities were concentrated in urban India,” says Naik, adding that the situation has not changed much over the years.

According to data from health care fund Quadria Capital, more than 70 percent of India lives in the hinterland—of this 60 percent is poor, 35 percent is middle class and the remaining can be categorised as rich. Further, as much as 60 percent of hospitals, 75 percent of dispensaries and 80 percent of doctors are located in urban areas.

While elaborating on the untapped potential in rural India, Naik busts the myth that people in tier II and tier III towns are unwilling to spend. “For quality health care, people are definitely going to pay. This explains why they often travel to nearby cities for treatment,” he adds. 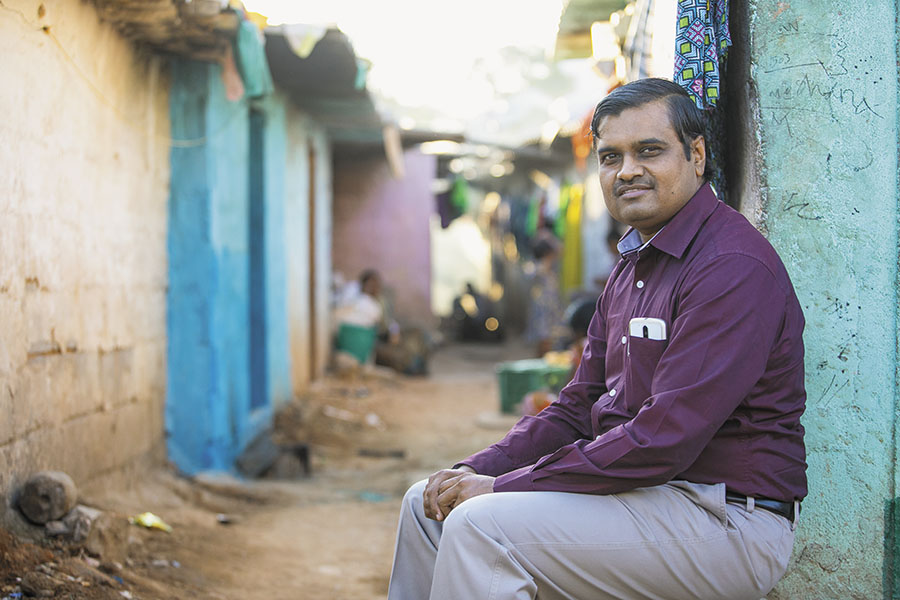 
The scope and opportunity in the rural sector, coupled with the commercial viability of health care ventures, is attracting more entrepreneurs to tier II and III cities.

After the acceptance of the Vaatsalya model, several social ventures have sprung up, improving health care access in rural areas. Be Well Hospitals, for instance, was established in Tamil Nadu in 2011 by CJ Vetrievel and C Lakshmanan to cater to the state’s semi-urban and rural population. Glocal Healthcare Systems is a chain of hospitals in Kolkata that has adopted the ‘no-frills and low-cost’ service model to serve the masses. In the region around Delhi, Cygnus Hospitals has established its presence in Sonepat, Panipat, Karnal and Kurukshetra, and is looking to expand to more tier II and III towns.

“There is a significant opportunity in this sector, provided the product is appropriately positioned and the supply side [cost of infrastructure and availability and engagement of the clinical team] is appropriately arranged and in sync with the quality and cost of services,” says Amit Varma, managing partner at Quadria Capital. Currently, a mere 37 percent of people in rural areas have access to inpatient care, leading to higher costs of health care.

“Every crisis is an opportunity for an entrepreneur. There is a huge health care gap between rural and urban India,” says Dharminder Nagar, managing director at super speciality hospital Paras Healthcare, which is headquartered in Gurugram. “Our target is to tap cities with a population of over 2 million that have a medical college and establish tertiary care centres that focus on oncology, cardiology, orthopaedics and neurology. Later, these will evolve into specialised transplant centres,” he adds. Apart from a hospital in Gurugram, Paras Healthcare has established itself in Panchkula in Haryana, and Patna and Darbhanga in Bihar.

Over the next few years, there is expected to be a push into the rural market, says Vaatsalya’s Naik. Today, the industry has already started moving to semi-urban and rural areas with big hospital chains looking to enter the market. Besides, a growing number of single speciality chains—they focus on one area of health such as ophthalmology, dentistry, fertility or oncology—are also on the rise in rural India. Gurugram-headquartered Eye-Q Super Speciality Hospitals, for instance, plans to strengthen its presence in smaller cities rather than expanding in the metros.

The entry of several health care chains is prompting investors—impact fund managers, PE firms and VCs—to look at the sector from a long-term perspective. While impact funds such as Aavishkaar, Elevar Equity and Omidyar Network have already been investing in the sector, several VC funds too are betting big on social ventures. These include names such as Sequoia Capital India, Maverick Capital and Helion Venture Partners. So far, this year, as many as five health care ventures have received funding worth $39 million from fund managers, according to data available with research firm Venture Intelligence.

Moreover, the anticipated increase in health insurance coverage in rural India over the next few years is expected to open up further investment opportunities. Currently, health insurance penetration in the country is abysmally low with more than 80 percent of the population lacking any coverage, as per the National Sample Survey data of 2016.

“Fund raising was a challenge for health care ventures operating in rural India,” says Sameer Sawarkar who, along with former colleague and friend Rajeev Kumar, founded Neurosynaptic Communications that provides low-cost, high-tech access to health care via remote diagnostics and telemedicine. “But now, it has improved as investors are increasingly realising that social businesses too have a business proposition,” he adds. Neurosynaptic raised its first round of funding from HealthQuad, Indian Angel Network, and Axilor Ventures in October 2016.

Electronics and communication engineers by profession and first generation entrepreneurs, Sawarkar and Kumar set up the health technology company in 2005 to bridge the health infrastructure gap in rural India. From only one clinic in Tirupattur in Tamil Nadu in 2005, to 2,200 today in Uttar Pradesh, Bihar and Karnataka, they plan to have 20,000 centres over the next three years.

“In early 2000, we realised there is a huge gap in health care in rural towns and wanted to fill that from urban India itself,” says Sawarkar. “We developed a diagnostic equipment that could make telemedicine easier.” But, that’s not all, “we realised we had to get patients to those clinics to avail treatment,” he adds. While there were 100 patients in the clinic in the first week of launch, in the second week, there were none as people were not familiar with the concept of telemedicine, he recalls.

Health care in India is still in a nascent stage. While demand exists, it is the lack of infrastructure that poses a problem in rural India. Moreover, shortage of experienced medical professionals adds to the challenge. “It is true that there is a problem of skill in the country. And this is not restricted to the number of doctors alone. There is a massive challenge in getting staff as well,” says Naik of Vaatsalya. The problem was even more acute in the initial years but “now, with a number of doctors willing to move from cities to smaller towns, the situation is getting better,” he adds.

Also, the high concentration of hospitals in urban areas and the lack of flexibility in private hospital chains often prompt doctors to practice in rural areas where they get more autonomy. Vaatsalya currently has 20 to 25 doctors in each of its hospitals, but very few of them are permanent. “There is an unequal distribution of doctors between urban and non-urban areas, and we still have a huge gap to fill, particularly in the specialist sections, in small towns,” says Naik.

However, despite these hurdles, one cannot ignore the opportunity that rural India presents to health care entrepreneurs.