Could sports events soon be broadcast in 3D?

The video game engine Unity is embarking on a major project, ready to revolutionise the broadcasting of sports events 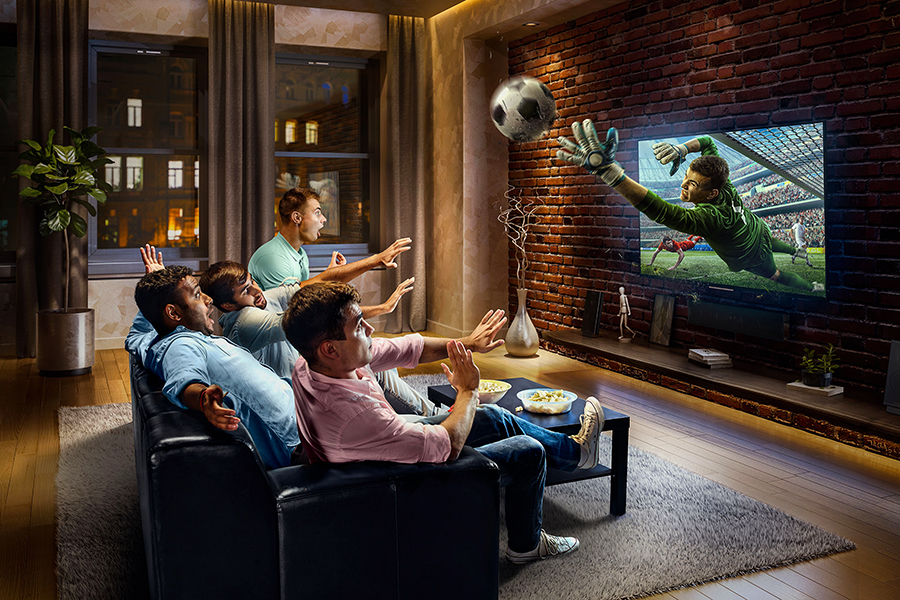 With this technology, the sports viewing experience gets even more immersive.
Image: Dmytro Aksonov / Getty Images

The video game engine Unity is embarking on a major project, ready to revolutionize the broadcasting of sports events. To offer a more immersive experience, the firm is using real-time 3D rendering to bring spectators even closer to the action.

There's every chance that Unity could be about to lead a revolution in sports events broadcasts. In any case, it seems that a new era could be upon us. By unveiling Metacast, a new technology that aims to capture and analyze the movement of sportspeople in real time, Unity is seeking to shake up the entire sector. A first collaboration took place with the UFC (Ultimate Fighting Championship) to present the technology. A short video shows how this can bring viewers closer to the action, from a variety of different angles.

Advantages are multiple for athletes, spectators, analysts and sponsors. Unity hopes to make its system work on more than 20 platforms. And it has been tested with other sports, such as MMA (mixed martial arts), rugby and basketball. These new tools can help better analyze players' moves and actions to learn more about their technique. Indeed, there's no doubt that coaching teams will be able to make prime use of this technology. Then, there's the idea of being able to create interactive, dynamic content to reach out to spectators. This could involve using green screens to integrate advertisements in real time. Meanwhile, spectators will enjoy an ever-more comprehensive experience, bringing them closer to athletes' performances.

Metacast is similar to another competing technology: Intel's True View from 2019. Between the two, the big difference lies in the ability to be able to achieve the 3D rendering in real time. In an interview with GamesBeat, Peter Moore, senior vice president for sports & live entertainment at Unity, said that by capturing athletes in real time, the company hopes to allow broadcasters to use the imagery to embark on "a new era of live sports." This new technology lets viewers switch to a first person view, at least in UFC, so they can step into the shoes of a fighter as they face their opponent.

In terms of technical details, the system relies on a volumetric capture of about five million voxels per second. A voxel is a three-dimensional pixel. As for quality, the rendering sometimes appears a little limited, but the images will no doubt improve over time.

As if you were in the ring

So how does it work? Unity uses cameras to scan athletes' bodies using 3D volumetric rendering technology. This involves capturing, viewing and interacting with the real world—whether that's moving people or static objects—and all in three dimensions. From then on, the magic happens, and the content can be viewed from any angle, at any time—as if you were really there in the ring. On the hardware side of the capture system, Unity works with partners like Microsoft and Canon, before taking over for the 3D rendering side.

"Sports fans love to analyze the action at every level of detail," said Peter Moore. "This is the first time you're seeing this level of resolution in three-dimensional visuals. This is about five million voxels that we're pushing down. We do the rendering and the editing, and then being able to compute that in real time, push it up in the cloud, and then send it to the broadcasters. We see the first opportunity with UFC, which is perfect for this as it's a controlled environment in the octagon."

Watch out for a revolution, coming soon to the live sports experience.