With its ancient humming projector and elegant balcony, the Shahi Theatre is the last surviving single-screen cinema in Shimla, the Himalayan hill station that was once the summer retreat of British India 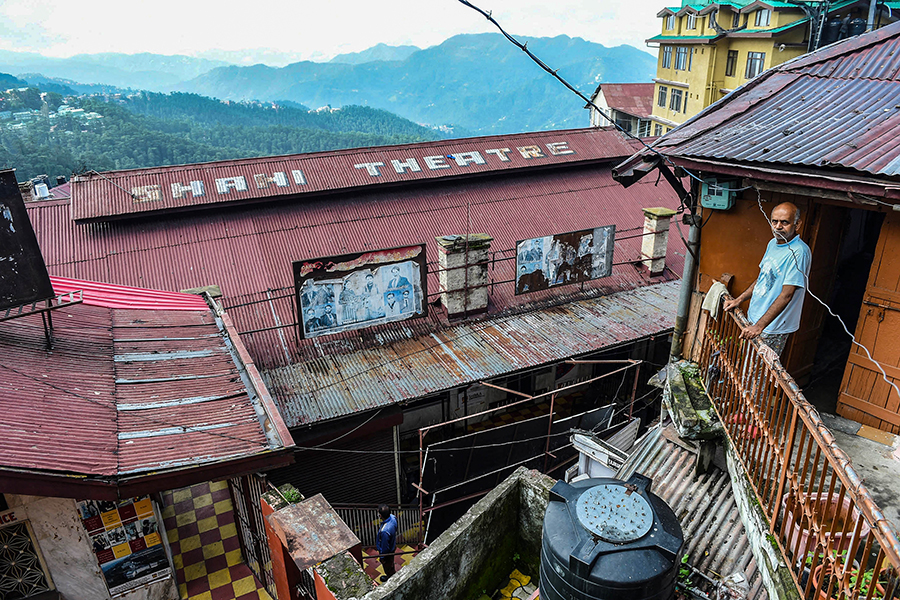 But like many other once-teeming movie houses across the country that were already struggling to stay afloat, the pandemic may be the final death knell for the century-old picture house.

It was originally built as a theatre in British times, when the entire colonial administration would decamp from the blistering summer heat of the plains for the cool mountain climate further north.

Current owner Sahil Sharma said his grandfather bought the building and turned it into a cinema after the British left in 1947, at a time when the town's other three theatres were too expensive for ordinary people.

"In those days we still had the British legacy that people couldn't go around in the evenings without good formal clothes," Sharma told AFP.

"So ordinary and poor people didn't have a cinema they could call their own."

Shimla was a popular destination in the golden decades after independence and its cinemas would host prime ministers and celebrities as people flocked to see the latest Bollywood flicks.

"I was here in 1972 when the Pakistani president's daughter watched a movie," recalls Ashok Kapoor, 69, who started working at the now-closed Ritz Cinema as a teenager and rose to be manager.

She was there, Kapoor says, because elsewhere in Shimla the leaders of India and Pakistan were meeting to defuse tensions after a brief conflict between both countries the year before, during the Bangladesh war of independence.

Satish Kumar, another old hand who has worked at the Shahi for 50 years, says a brisk black market for tickets used to cater for queues that stretched around the block.

But, he adds, business has been "really bad over the last few years."

Old-world charm
Shimla has lost some of its old-world charm as the local population has grown and the town has sprawled over the hills, although the main street—The Mall—retains its colonial-era shopfronts.

In recent decades cinemagoers have drifted to out-of-town multiplexes with their air conditioning, surround-sound and greater choice of films.

The trend has been replicated across the country, with hundreds of antiquated single-screen cinemas once catering to budget crowds closing their doors in recent years.

Only two Shimla cinemas were left by last year but when India went into a national coronavirus lockdown, the Ritz folded too.

Movie houses were only allowed to open again last October but were forced to shut again in April after a vicious new wave of Covid cases that dwarfed the previous year's outbreak.

"We aren't sure about our post-corona future," Sharma says, fearing that audiences housebound by the pandemic have permanently switched their movie habits to online streaming.

"We don't even know if people would still want to come to cinemas."

Tweets by @forbesindia
Photo of the day: One for the crowd
Flipkart raises $3.6 billion funding from global investors, now valued at $37.6 billion