With its first fundraise since being acquired by Walmart in 2018, the ecommerce company wants to expand operations, strengthen supply chain and last-mile deliveries, and digitise kiranas 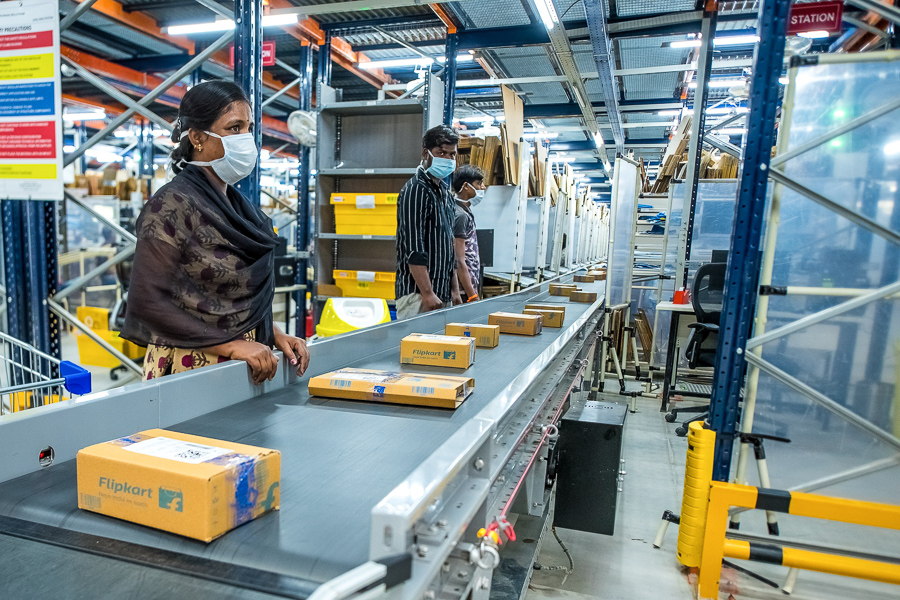 Flipkart in its release said that one of the key focus area for the company would be to help informal commerce segments leverage the power of technologyAs deals pour across the Indian startup ecosystem, ecommerce major Flipkart has raised $3.6 billion from a clutch of global financial investors and pension funds, valuing the company at $37.6 billion.

The round has been led by Singapore’s sovereign investment arm GIC, Canada Pension Plan Investment Board (CPP Investments), SoftBank Vision Fund 2 and Walmart, along with investments from DisruptAD, Qatar Investment Authority and Khazanah Nasional Berhad. Other investors who participated in the round include Tencent, Willoughby Capital, Antara Capital, Franklin Templeton and Tiger Global.
“As we serve our consumers, we will focus on accelerating growth for millions of small and medium Indian businesses, including kiranas. We will continue to invest in new categories and leverage made-in-India technology to transform consumer experiences and develop a world-class supply chain,” says Kalyan Krishnamurthy, chief executive officer, Flipkart Group, in its press release.
In May 2018, Walmart Inc had acquired majority stake in the Indian etailer by investing $16 billion for an initial stake of nearly 77 percent. During this round, SoftBank had exited its investment in the company. With SoftBank’s investment during this round, it is back to the company’s cap table and is expected to be one of the largest cheques for the fund in India this year.
In 2020, Walmart had pumped little over a billion dollars in an internal round. Since the acquisition, this is the first time that the US-based retain giant has opened gates for foreign marquee investors to acquire stake in the company.
As ecommerce firms evolve, on July 1, Flipkart launched Shopsy, an app that will enable Indian influencers to start their online businesses without any investment. Anyone can download the app and use their influence to ‘share’ products in their network via WhatsApp, Facebook or any social media platform by browsing through the 15 crore catalogue pool offered by Flipkart sellers on Shopsy.
While the buzz around Thrasio-style model gains momentum in India, Flipkart in its release said that one of the key focus area for the company would be to help informal commerce segments leverage the power of technology. Through its expanding grocery and last-mile delivery programs, the etailer will also work with kiranas to help them digitise and grow their business.
Experts indicate that as mature Indian tech-enabled firms head for public listing in India, this deal sets the tone for the firm’s valuations and will also enable them to expand into other segments.
JP Morgan Securities (Asia Pacific) Limited and Goldman Sachs & Co LLC served as placement agents to Flipkart in connection with this transaction, Hogan Lovells and Shardul Amarchand Mangaldas & Co served as legal counsel.

Tweets by @forbes_india
Last single-screen cinema in British India era's summer capital is counting its finals days
Want to learn how things really work at your new job? Talk to the people at the bottom