The purse, and curse, of Tiger

Tiger Global's aggressive big bets this year might do a world of good for the American hedge fund major, although riding the beast can prove tricky at times for founders 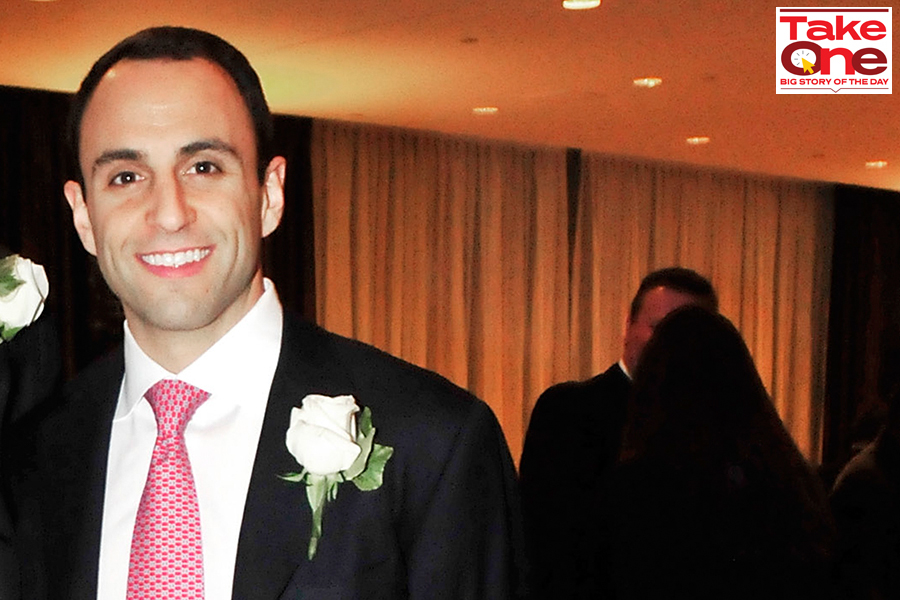 August 2015, New Delhi
Zo Rooms was in the midst of a bitter, and money-guzzling, war with Oyo. In July, the online budget hotel aggregator reportedly raised a series A round of $15 million, led by hedge fund major Tiger Global. A month later, Zo Rooms went back to its existing set of backers—Tiger and Orios Venture Partners—and got another $30 million. The same month, the much-bigger Oyo, which counted Sequoia Capital and Greenoaks Capital among its investors, raised all of $100 million in a Softbank-led series B funding round.
Oyo’s muscle-flexing didn’t, however, perturb Zo Rooms, which was planning to beef up its war-chest by looking for new backers as well going back to its funders. “If they have Softbank, we have Tiger,” proudly exclaimed one of the co-founders of Zo Rooms to this reporter back in 2015. “We will give them a good fight,” he asserted. The exuberance of the entrepreneur was understandable. The New York-headquartered Tiger was in the thick of its most expansive year in India, and closed 2015 with an astounding 39 deals. Tiger, the co-founder confidently reasoned, would be the best weapon to take on its much-famed rival.

The same year in April, Grofers raised $35 million from existing investors Tiger Global and Sequoia. Seven months later, in November, it raised $120 million, an aggressive move to build a war-chest to take on rival BigBasket. Though the round this time was led by Softbank, Tiger too participated. After two years, in 2019, a massive $220 million round of funding was led by SoftBank. Tiger Global too participated. The investment, interestingly, came after a reported funding at a beaten-down valuation in February 2018.
Fast forward four years. Online stockbroking firm Upstox raised $25 million in its second round of funding, led by Tiger Global in 2019. The same year in August, edtech startup Vedantu raised $42 million in a Series A round led by Tiger Global and WestBridge Capital.
Cut to June 2021. Let’s take stock of the above investments made by Tiger.
Zo Rooms failed to raise more money from its backers and eventually sold out to rival Oyo in 2016 (the deal, though, got embroiled in a protracted legal tussle). Grofers, which at one point was seen as a strong rival to BigBasket, too had been struggling to raise funds in a market that has become hyper-competitive. With the Tatas recently buying a majority stake in BigBasket and rivals Amazon, Reliance and Flipkart pushing the envelope in the e-grocery business, Grofers was reportedly evaluating the option of going public in the US through the SPAC (special purpose acquisition company) route. Meanwhile, Upstox’s rival, Groww, managed to get Tiger Global on board. In April this year, Tiger led an $83 million in series D funding, pushing Groww into the unicorn club. Groww happens to be the hedge fund’s third bet in the fintech sector after Upstox and INDmoney. Vedantu too sees its investor—Tiger—place bold bets on rivals Byju’s and Unacademy, respectively.
Tiger, reckon venture capitalist (VC) veterans, private equity (PE) mavens and top investment bankers who spoke to Forbes India on the condition of anonymity, is a different animal, with unique attributes. 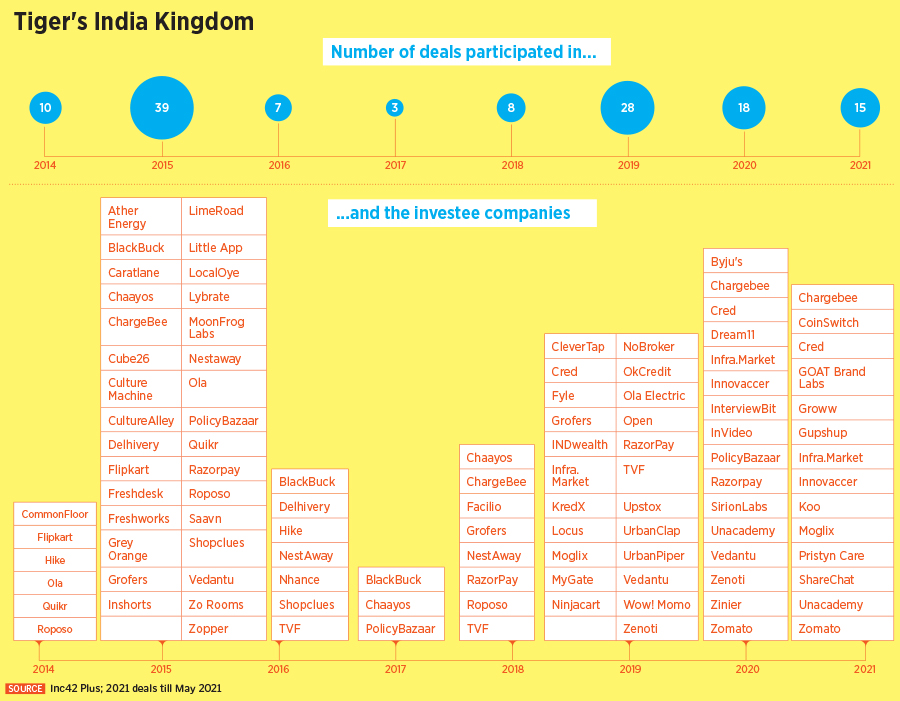 To begin with, it is hardnosed. If you have Tiger on board, points out a PE deal maker, don’t expect it to back you if you fall behind. “It is remorseless. You won’t be put on ventilator,” he says. Unlike a friendly VC or a founder-focussed fund that might give a founder a longer rope, Tiger means business from the get-go. “You get respect, money, and valuation only if you keep performing,” adds a VC. There was a time when having Tiger was like a trophy. “But the days of showcasing one’s venture as a Tiger trophy are gone because almost every startup that matters now has this trophy,” he adds.
This also means it will back flavours of the season. Once the season ends, Tiger isn’t averse to saying goodbye. “That’s the basic rule of a hedge fund,” says a VC. “You can’t blame Tiger.” Hedge funds chase segments that are hot, and place multiple bets. Not all will work, a few will even be forgotten, but as an investment banker puts it: “The loss made in such bets would be minuscule compared to the other potential hits that hedge funds chase.”
Unlike VCs who usually won’t have rival startups in their portfolio, Tiger doesn’t play by the book. So one can see Vedantu, Byju’s and Unacademy all riding the Tiger; as are Upstox, Groww and INDmoney.
Few in investment circles comment on Tiger on the record. With good reason. “You might end up co-investing with Tiger. So no point antagonising it,” says a partner at a fund that’s been a frequent co-investor with Tiger. Even aggrieved founders—who reckon that Tiger left them in the lurch or invested in their rivals—prefer to be muted. “You might need the money in your next venture,” says an entrepreneur who got Tiger’s money in 2014.

For its part, the reclusive hedge fund too doesn’t talk a lot. An email sent to Tiger Global’s representative didn’t elicit any response.
Tiger Global stands out from the VC and PE-dominated startup investor pack because of its bold operating style. The biggest differentiator is that the fund is hyper-aggressive. Going by the track record of the hedge fund in India in the startup ecosystem, Tiger usually spends most of its time in hibernation. But whenever it comes back—and it’s usually for a short duration—it makes a flurry of bets. Take, for instance, its activity in 2021 so far: Over a dozen deals, many in freshly minted unicorns such as Gupshup, Cred, Groww, ShareChat, Innovaccer and Infra.Market.
The speed of execution is like lightning. “Tiger,” reckons one of the top VCs, “is like Muhammad Ali. “It floats like a butterfly and stings like a bee.” VCs, he explains, usually take a lot of time in diligence. At times, the process becomes excruciatingly slow, and often founders find it ridiculous. “What makes Tiger a darling of entrepreneurs is the speed of writing a cheque,” he adds, requesting anonymity. 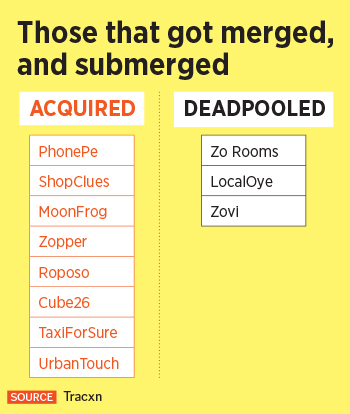 Early this year, one of the founders with deep expertise in fashion and lifestyle managed to raise funding from Tiger Global for his maiden venture in under a week. “Do you have a credit card,” a top investment banker asked this reporter. “The speed at which you swipe the card is almost the same speed at which Tiger writes a cheque,” he smiles.
Along with the speed, the weight of the cheque also makes Tiger a much-loved animal. Take, for instance, Groww. The fintech startup, which reportedly raised $30 million in a series C round last September at a $250-million valuation, became a unicorn by April on the back of a series D round of $83 million led by Tiger; existing backers, including Sequoia Capital India and Ribbit Capital and Propel, participated. Then there is Cred. The Bengaluru-headquartered fintech startup saw its valuation jump three times to $2.2 billion this April, courtesy a $215-million round in which Tiger participated; Falcon Edge Capital and Coatue Management led the round.
ShareChat too mimics Cred’s journey: From a reported $630-million valuation in September last year to a three-fold jump to over $2.1 billion in April this year. The $502 million series E round in April was led by Tiger Global. Moglix too follows the same pattern. The valuation of the B2B ecommerce platform more than trebled, from a tad under $300 million to $1 billion when the six-year-old startup raised $120 million last month. Tiger, interestingly, is the only thing common between Cred, ShareChat and Moglix. “The valuation of some of the firms backed by Tiger is bizarre,” asserts an investment banker. He too refuses to be identified. “The rounds are overpriced. Tiger makes you fat,” he grins.

Not all, though, have complaints with the ‘extra’ money and ‘bumped up’ valuation. Abhishek Goyal points out the biggest upside. “Tiger gives you enough capital to execute your vision,” says the co-founder of Tracxn, a market intelligence platform for tracking startups and companies. When a company is at the growth stage, he underlines, enough capital, and quick capital, can act as rocket fuel. “All the founders now need to do is to execute right,” he says.
Tiger’s bulky purse has a lot to do with its voracious appetite to raise money. In April this year, the New York-based investment firm raised its 13th global fund of $6.65 billion, its biggest corpus so far. 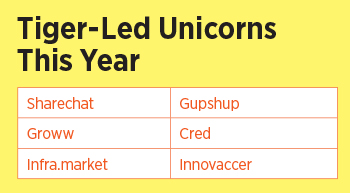 Manish Kheterpal, managing partner at early-stage VC fund WaterBridge Ventures, points towards Tiger’s audacious gambits and how they have changed the startup landscape in India. By making lusty bets on a clutch of startups starting from Flipkart in 2009-10, Tiger created a tailwind. “Now they are more broad-based in their India bets, which include B2C as well as B2B,” he says. Tiger Global, he lets on, is now prepared to go earlier in the lifecycle of the company as well. “Their ability to back category leaders and at times multiple players in the same space gives them an edge over other investors,” he adds.
Harsimarbir Singh, co-founder of Pristyn Care, a health care startup that raised $53 million in a series D round led by Tiger this April, points to the global upside of having Tiger on the cap table. “It adds to the trust of global investors when we are looking to raise the next few rounds,” says Singh.
In the case of Pristyn, Tiger Global is betting on a massive headroom for growth. “By using technology to deliver differentiated experiences and outcomes, Pristyn Care has built the leading consumer-centric surgery provider in India,” Scott Shleifer, partner at Tiger Global Management, said in a press release after the fund raise. The market opportunity, Shleifer added, is huge.

There is an opportunity for Singh as well. “Tiger Global’s deep pockets means they can back you in future rounds,” he says.
Investment analysts, though, sound a word of caution. “There’s nothing to be euphoric about having Tiger,” says an investment consultant. Though Tiger has nothing to lose as it is smart enough to hedge its bets, founders need to understand the nature of the hedge fund. “The purse at times can be a curse,” he says, alluding to the steep rise in valuation. Multiple jumps, he explains, have a flip side of deterring future investors from coming on board as they might not match the steep valuation. “Riding a tiger can be thrilling, but one must know how to ride it,” he says.

Tweets by @forbes_india
Bezos will fly aboard Blue Origin's first human trip to space
Photo of the day: Keeping a close watch