A film is a One-Day cricket game but a OTT show is a Test match: Ali Abbas Zafar

Ali Abbas Zafar, known to deliver Rs 300-crore club blockbusters such as 'Sultan' and 'Tiger Zinda Hai', talks about his journey of creating and directing his first OTT web series—Tandav 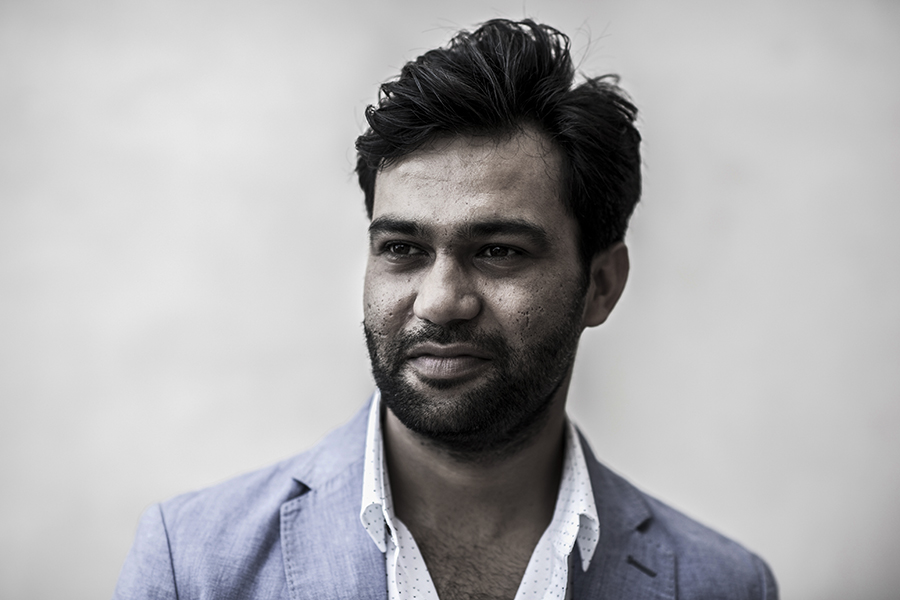 Eyebrows were raised when Ali Abbas Zafar, known for big blockbuster hits like Sultan and Tiger Zinda Hai, announced that his new assignment will not be another mainstream Bollywood feature film, but a web series. The likes of Anurag Kashyap, Zoya Akhtar and Kabir Khan have been enjoying the creative freedoms that come with creating content for OTT platforms, but Zafar wanting a piece of that cake was unexpected. His movies have enjoyed exclusive memberships of Rs 300 crore club, be it Sultan (Rs 300.67 crore) or Tiger Zinda Hai (Rs 339 crore). His announcement piqued our curiosity to understand what inspired him to create a political thriller—another departure from the arena he plays in—Tandav for Amazon Prime Video.

Tandav boasts of a stellar star cast that includes Saif Ali Khan, Dimple Kapadia, Tigmanshu Dhulia, Zeeshan Ayyub, Sunil Grover, among others. For this writer, the trailer outlined the star-studded cast and the polished appearance—both were an integral part of Zafar's vision. Ahead of the January 15 release of the show, we caught up with Zafar about these decisions and more. Edited excerpts:

Q. How was the transition from directing big blockbusters starring Salman Khan to helming this multi-starrer series?
It all starts with the creative content. For me, the story is most important. First, when we started conceptualising Tandav, it was supposed to be a full-length feature film. This was just before Sultan (2016). After Sultan, we sat down with a couple of writers and started arching out the characters, what the story would be. That's when we got the clarity that this is not a story that can be told in two hours. It was lending itself to be a nine-hour show. That was the main reason to make it into an OTT web series.

Q. Did this decision change your writing process? Was there a writer's room?
Yes. Along with me, there is Gaurav Solanki, who is the main writer of the show. We had a full writer's room which spent good two years writing this show. The screenplay writing of a film and a series is different. In the movie, you have to complete all tracks in two hours. With a show, if you know it's good, if your characters are liked, you'd want them to go into the subsequent season. When people draw a comparison, I always say that a film is a One-Day cricket game but a show is a Test match. You have to be there for five days, you have to let your characters slowly grow. You have to leave the audience asking for more after every episode, after every scene. For me, it has been a huge learning process. Whether we have done justice to it, we'll know on January 15 but it has been challenging, very liberating and a happy experience.

Q. Did your experience with the commercial cinema help Tandav look so mainstream?
Yes, when Aparna Purohit from Amazon Prime Video and we were sitting to discuss creatives, we had the same point of view that the series needs to be very mainstream. It needs to reach maximum people. When they came back to us with the reaction to the trailer, we saw that it's created quite deep and penetrating connection with the masses. So somewhere we feel that we have got that right. It's a series that you can watch with your entire family. It is a series that has universal content, something for everyone. That is my understanding of a big commercial cinema that I brought to the OTT platform.

Q. Political shows can be tricky to navigate in India. Did you think making this was a risk?
What interested both of us (Zafar and his producer Himanshu Kishan Mehra) was to do something which was not happening in this space. So we opted for a political thriller because we feel that the reach of politics all over the world is phenomenal. Everyone is interested in what's happening in the political world everywhere. When the US presidential elections were happening, Indians were glued to their televisions as if we are choosing our president. It is an exciting world to create. The second reason was that politics is timeless. The political power moves are almost like a chess game, it is exciting. Thirdly, I was inspired by Shakespearean texts. He is one of my favourite writers and I feel that his work is timeless. You pick up Julius Caesar, Othello, Macbeth, even Romeo and Juliet—they are all very political texts and within them, there is also a strong personal story. Those texts became the base for Tandav. So I'd say Tandav is timeless in the way it works and functions. The whole quest of power corrupts is the make-believe of Tandav.

Q. And nothing felt risky about it?
I feel nothing is risky about it. When you see the show, you will understand that it's talking about a universal, generalised way of how politics works, irrespective of time, and that is what our intention is.

Q. What was the difference between directing a TV series and directing a commercial film?
I don't think there is a difference. The only thing that might be is temperament. You just have to have patience. When you work on an OTT platform, since it's a more international platform, you have to keep in mind a sensibility that would be more universal and more acceptable. That was the only thing that I kept checking myself as a director and a creator. That has been the main learning process. To kind of hit that mark, class, and presentation was the most challenging thing for me.

Q. What came naturally, easily?
This text (the script) came very nice and easy to me. Because I feel that this text comes from where I belong—the heartland (New Delhi). Where I have studied, where I have educated, where my sensibilities lie.

Q. With OTT there is no pressure of box office performance. Was that liberating or did the streaming numbers replace that pressure?
I think the pressure is the same. It's just how you measure it. Obviously, when you make a film for theatre, the numbers will decide whether it's a success or not. On OTT,  your viewership is so wide and international, if you don't hit that mark with your show, it will shake you as a maker or a content creator.

Q. Please explain how you picked Sunil Grover to play a 'henchman' to Saif Ali Khan, and Dimple Kapadia for a grey character.
It actually comes from when I was directing him (Grover) in Bharat (2019). He has a strong actor within. I just feel that people don't explore that side of him. I feel doing comedy on screen and to also have timing is the most difficult thing. It takes great talent and no inhibitions to be so free and open. When I worked with him on Bharat, I realised that this man has phenomenal depth as an actor and I felt that I could explore that side of him in Tandav. When I approached him, he was also a little taken aback because this is absolutely different from anything he has done so far. I said, 'Sunil I believe in you and you will do it. There is no better Gurpal than you. So just come onboard and jump into it'. Trust me, when you will watch the show you will see that he is sparkling like a diamond there.

I am very happy with everyone's performances on the show. Anuradha's character is very important. We wanted to cast someone who's not been doing grey characters in the mainstream. This character is not honestly grey. Human characters are always seen as black or white. But between these two shades, there is a zone in which you do things for yourself. In popular terms, you might as well call it selfish. But at times it is not selfish. Sometimes you feel you deserve something and the world does not give it to you or you feel cheated. You enter that zone where you believe 'I am the best for the place, but why don't I get this?' That is the zone maximum characters of Tandav live in—this whole middle area of black and white. When Dimple (Kapadia) ma'am heard the story, she understood that we are trying to do something different with her character. Not just to make her the mother who is happy and smiling. I believe that every actor at some point of time wants to do different stuff and that's what excites them. So that has been our approach for casting.

Q. What's next for you?
(Laughs) We'll let you know very soon. We are bound by contracts.

Tweets by @forbesindia
Photo of the Day: Mass vaccination drive
He created the web. Now he's out to remake the digital world