If there's a right time to ban short selling, It's during a crisis 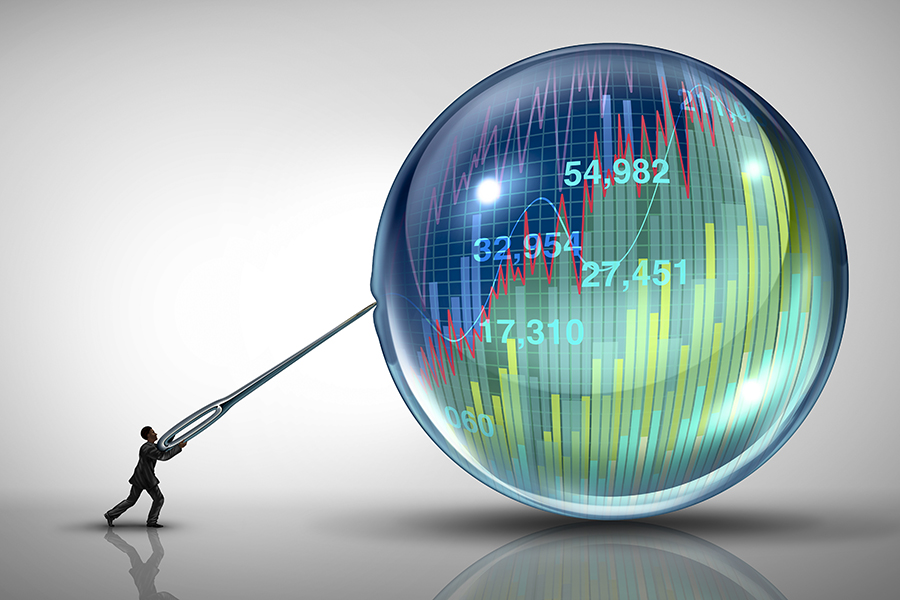 Short selling during economic instability is more likely to be uninformed and consequently, and could pose more overall risk to the economy
Image: Shutterstock

Regulators and investors are often divided on whether to tighten the reins on short sellers during economic uncertainty, as stock exchanges in several countries did in March 2020 at the onset of the COVID-19 pandemic.

Although short sellers can provide valuable intel for investors and other stakeholders, that is typically true in a sound economy when other factors are not in play.

A new model and analysis from Xu Jiang, an assistant professor of accounting at Duke University’s Fuqua School of Business, suggests that short selling that occurs during economic instability is more likely to be uninformed and consequently, does not provide beneficial information to investors and could pose more overall risk to the economy.

“Short sellers are considered to be the investigative journalists of capital markets,” Jiang said during a discussion on his new research on LinkedIn (see video). “They’re exposing failing business models, bad management and excessive leverage.”

On the other hand, critics – one vocal opponent is Tesla CEO Elon Musk – say short sellers have incentive to spread rumors and artificially tank a company’s value to their own profit.

Anticipating a downturn in a company’s stock price, short sellers borrow shares from investors and sell them. They do so on the assumption that when they need to return the shares they borrowed, they’ll be able to buy them at a new, lower price. The difference between the sale and purchase prices is the short seller’s profit.

Typically, short sellers are experienced investors and their actions are well-informed. But during periods of economic instability, financial markets can be chaotic. According to Jiang’s model, short sales are more likely to be uninformed during these periods. And that’s why these activities are potentially riskier – they can cause issues such as panic runs that can damage a viable company or suck up so much liquidity that it impacts banks’ lending abilities, Jiang said.

“For example, with the global financial crisis or the current COVID-19 crisis, nobody really knows what’s going on,” he said. “The uncertainty is high. And so if there is any amount of short-selling, a lot of it is likely due to uninformed short selling.”

Protecting liquidity and financing
During such crises, short selling bans may offer the most protection, particularly to financial institutions.

“Financial institutions are prone to investors’ panic, which can be induced by coordination among people,” Jiang said.

For example, if a bank customer fears that other customers are withdrawing all their money from the bank, they are more likely to panic and withdraw all their funds, too, he explained.

“Once [market activity] triggers a run, then it is very hard for the financial institutions to come back,” he said.

Jiang reiterated that when not in a crisis period, short-selling can have real value as a market-normalizing force that brings questionable or unreliable practices to the market’s attention.

“Under normal market conditions, you don’t want to kill the messenger,” Jiang said. “But under this market condition [of a crisis], you can have uninformed short selling bringing prices down even though the firm is doing well.”

In those circumstances, it’s not only the company and its investors taking a hit, Jiang explained, but also communities and workers that suffer if, for example, a firm loses its financing and must halt an expansion or cancel plans to create new jobs.

Policy implications
The findings of the research complement the Securities and Exchange Commission’s move to ban short selling during the global financial crisis that began in 2008.

Although U.S. stock exchanges didn’t ban short selling at the onset of the COVID-19 pandemic as exchanges did in some other countries, U.S. securities markets did make short selling more costly. Jiang also said the Federal Reserve’s measures to buy bonds and help stave off investor panic in U.S. markets may have offered enough protection to avoid a U.S. short selling ban. Nations with less central bank support might have been more likely to halt short sales as a protective action, Jiang said.

Short selling is now under scrutiny in the U.S. for a different reason – the GameStop stock frenzy in early 2021, which Jiang and his co-authors plan to dissect in their ongoing research.

“Usually in a traditional framework, retail investors would lose money to institutional and informed investors,” Jiang said of individual investors who took to retail trading platforms such as Robinhood to boost the video game outlet’s share prices.

“They were trading against more informed people. This shows the power of coordination – at least in the short term, [retail investors] may create bubbles and make money against the traditional short sellers,” he said. “But for this extreme volatility, some trading restrictions may be helpful because price is not reflecting fundamentals. In panic short selling, price is below fundamentals due to panic-selling. In this case, price is above fundamentals due to panic-buying.”

Tweets by @forbes_india
Indian samurai: A founder and his fight to find an investor
A K-Shaped recovery, this time on a global scale