Work it out: Jobs that will emerge over the next decade

Technology may take away some jobs, but will create a whole new suite as well 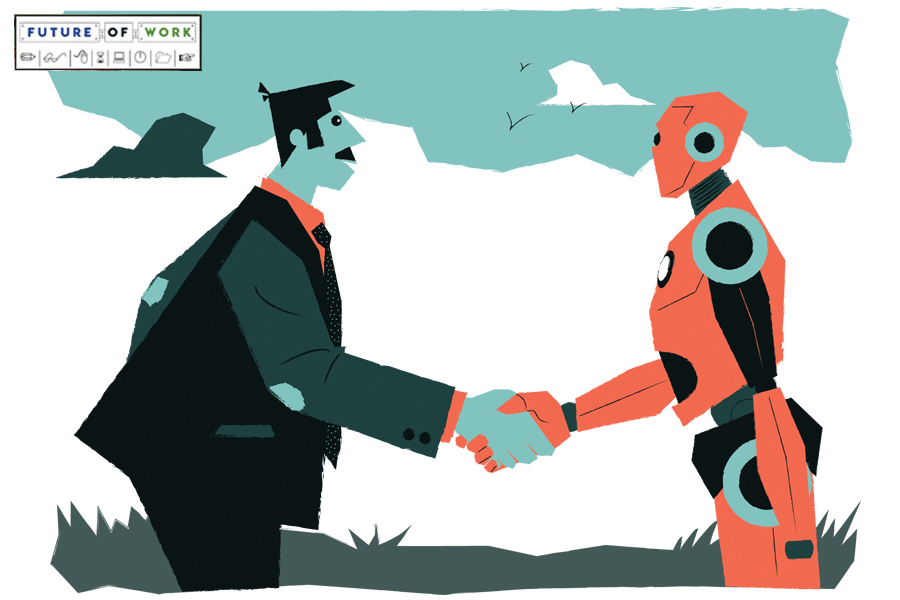 Illustrations: Chaitanya Dinesh Surpur
Each paradigmatic shift in the workspace has always been accompanied with a restive period in human history. In the early 19th century, as the first Industrial Revolution took root in the UK, and mechanisation came to replace the predominantly agrarian economy, a group of workers took to violent protests smashing machines that deprived them of their livelihood. Called the ‘Luddites’, they gave anti-mechanisation an identity that transcended centuries and came to be associated even with the likes of Ted Kaczynski, a Harvard math prodigy who parcelled 16 bombs to universities and airlines to halt the relentless march of technology in the 1970s and ’80s.

The second Industrial Revolution, in the late 19th century and early 20th century, ushered in an era of major breakthroughs like the assembly line and improved communication on one hand and unfettered capitalism, labour union strikes and rising unemployment, on the other. Its Janus-faced nature gave it the sobriquet The Gilded Age, after a novel by Mark Twain and Charles Dudley Warner. The third phase that began in the 1950s was less violent but no less disruptive: It reduced manual labour, digitised manufacturing and, fuelled by rapid advances in computing power, changed ways in which information was generated, processed and shared.

Now, Industrial Revolution 4.0, propelled by artificial intelligence (AI), is upon us. AI will not just change traditional blue-collar jobs through new modes of manufacturing, but almost all professions, from law to insurance. “The change is paradigmatic because of its ubiquity, because it will require people to learn entire new skills and think about their working life in new ways, making lifelong learning and adaptability in a workplace crucial to success,” says Anne Lise Kjaer, futurist and the founder of Kjaer Global, a London-based trend management company.

Will this all-pervasive change make the job market even more fractious and rip more livelihoods? According to the World Economic Forum’s The Future of Jobs report, by 2020, about 5 million jobs will be lost across 15 major developed and emerging economies. However, while a number of jobs built around repetition, predictability and routine will be obsolete, many new jobs that involve complex problem-solving situations, critical thinking and creativity will be on the rise. For a banker, it might mean the ability to know instantly what a customer needs, for a teacher, it would be a transformation from being a provider of knowledge to facilitator.

An analysis by Cognizant Technology Solution’s Center for the Future of Work (CFW) believes that almost 21 million jobs will be created over the next 10 to 15 years, triggering a wave of mass employment. “Machines can do more, but there is always more to do that almost always needs humans. Can a machine create itself, market itself, sell itself or fix itself? Machines are tools, and tools need to be used by people. The future of work will be hybrid and based on how well companies are able to blend the abilities of humans and machines,” says Manish Bahl, senior director, CFW. Adds Kjaer: “Technology will actually democratise opportunity. When the new 5G network is implemented and the next billion goes online, opportunity will be in the hands of everyone with a good idea. It’ll be the age of betapreneurs, entrepreneurs who, enabled by technology, can rapidly test and scale ideas, and bring them to market.” 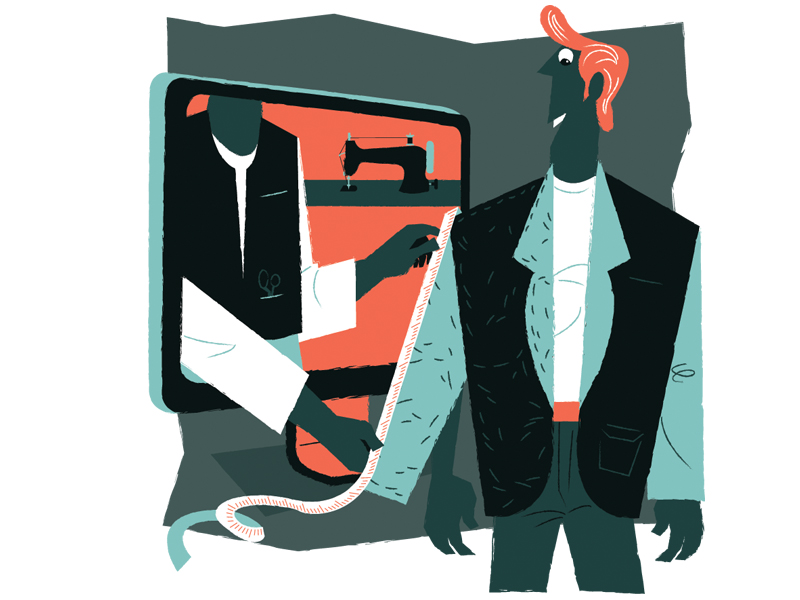 Forbes India spoke to a few experts to find out a suite of new jobs that’ll emerge over the next decade:
Data detective/data broker: In the age of hyperconnectivity, about 2.5 quintillion bytes of data are generated per day. In fact, 90 percent of all data was generated just over the past two years. As you read this, Google has been conducting 3,877,140 searches per minute. Domo, a cloud-based business operating firm based in the US, estimates that by 2020, about 1.7 MB of data will be created per second for every person on earth. How do you make sense of such a deluge of data? Picture American mathematician John Nash (played by Russell Crowe) in A Beautiful Mind, cracking codes for the US secret service by mapping a few relevant numbers from walls of data around him. In the universe of mere mortals, a data detective will glean the pattern, analyse customer preferences and fine-tune many times over what we now call predictive analysis. Besides, with corporations now mandated to consider consumer data as sovereign, data brokers, or individuals who can execute data trades on behalf of clients and track new ways of maximising a client’s return on data, will be in demand.

Man-machine collaborator: Fighting the narrative of a machine-dominated workspace of the future is a role that blends mechanical precision with the emotive human touch. Robots aren’t going to take all your jobs simply because they can’t; the future of work will be about human beings putting robots to good use. Who, for instance, will build a robot, write the algorithm for it to perform its task, or fix it when it’s broken? As Bahl of CFW says, “The key task for this role is to develop an interaction system through which humans and machines mutually communicate their capabilities, goals and intentions.”

In January, Amazon launched its cashier-less grocery stores—Amazon Go—where customers can just walk in, shop and leave; the charges would automatically be deducted from their accounts. If the experiment works out, it will mean the end of the road for cashiers, but will open new avenues for a host of jobs, like tagging, manufacturing tracking equipment, writing software codes, etc, to look after a new set of problems that this machine-based ecosystem is likely to throw up. Says Rituparna Chakraborty, co-founder and executive vice president, TeamLease, a leading HR services firm: “What technology is going to do in future is act as an enabler for our economies to become more productive. Instead of resisting it, time should be spent in planning and preparing the skillsets.”

Fitness counsellor: There is no other way of saying it: Urban Indians are getting fatter by the day. According to the World Obesity Foundation, about 5 percent of Indian adults will be obese by 2025, up from 3.7 percent in 2014. While latest fads like digital fitness trackers may help, nothing can replicate that human push to motivate a nation of slackers. A remote fitness counsellor will provide one-on-one daily, weekly and bi-weekly coaching and counselling sessions based on the data generated by their wearable smart bands. The role could also transcend personal spaces and move to offices with wellbeing coordinators, who can harvest employee data from wearables and other sensors and create a sustainable and healthy work environment. 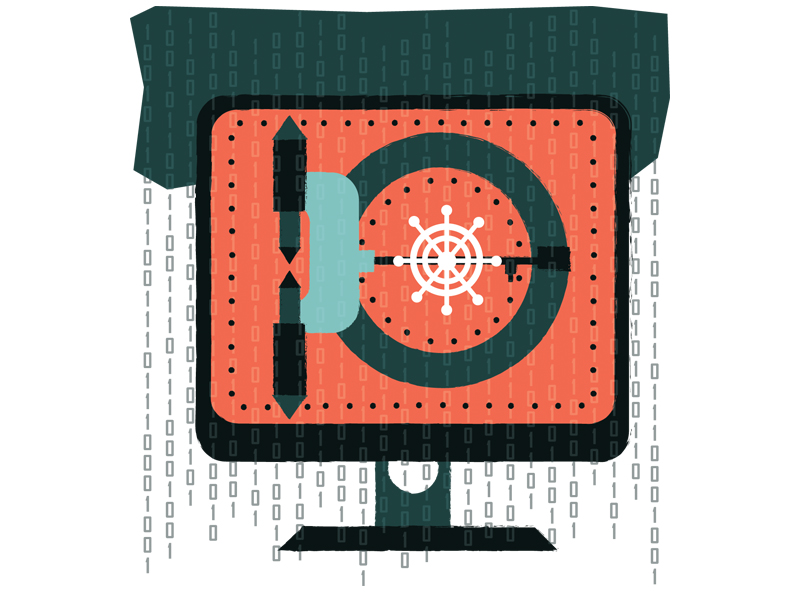 Digital tailor: CFW reckons that about 40 percent of clothes ordered over the internet are returned due to size issues. Even as ecommerce continues to boom over the next several years or so, and retailers toy with the customer-friendly return policies, how about eliminating the size worry altogether? A digital tailor will work with their customers at their homes or offices, where they will set up a cubicle on the go. They will, then, walk the customers through the measurement process, capture the numbers with next-gen technology and upload them on a central cloud-based ordering system. In a job that combines aesthetics and sales acumen, they will also offer value-added services and recommendations about cloths, cuts and other fashion trends, and help customers with the final fitting once the clothes are delivered.

Cyber security specialist: As top business organisations move to digital and cloud-based systems, how prepared are they to ward off cyberattacks? If EY’s Global Information Security Survey 2016-17 (India report) is anything to go by, they are still far from it. The survey of 1,735 CXOs, of whom 124 were from India, reveals that 75 percent of board members and C-suites in India lack confidence in their level of cybersecurity. The numbers are telling, as is a recent announcement by CERT-In that says over 2,200 Indian websites, 114 among them government portals, were hacked between April 2017 and January 2018. Which means there is a yawning gap between cybersecurity as it is, and how it should be over the next decade. “This demand-supply gap makes it a professional opportunity waiting to explode in the next several years. Over that period, a cybersecurity specialist will be what a software engineer was in the past few decades,” says Chakraborty of TeamLease. Her statement is corroborated by figures from the International Data Corporation, which estimates that, by 2020, businesses worldwide are estimated to spend $101.6 billion on cybersecurity, a 38 percent rise from 2016.

Walker/talker: Need to talk? How unsettling is it to do it with your machine? One of the perils of a machine-dominated era is a loss of personal touch. Like obesity, loneliness, too, is slowly becoming an epidemic. This is especially true for elderly people who, with families living across continents and ways of life changing faster than they can grasp, go through forced isolation. This is where a walker/talker comes in, to listen, to respond, prompt conversation and engage them with companionship. Just like Uber connects drivers and passengers, new-age walker/talker companies will match conversational companions and seniors, helping them overcome mental seclusion. Key skills needed? The ability to talk, listen and empathise. As a faux advertisement of a walker/talker firm put out by the CFW reads: “Our ‘Two Ears-One Mouth’ (2E1M) philosophy allows our customers to enjoy engaging in the world again and to break the curse of isolation.”