Under him, the JM Financial group has gone beyond investment banking. it's now into real estate financing and asset reconstruction 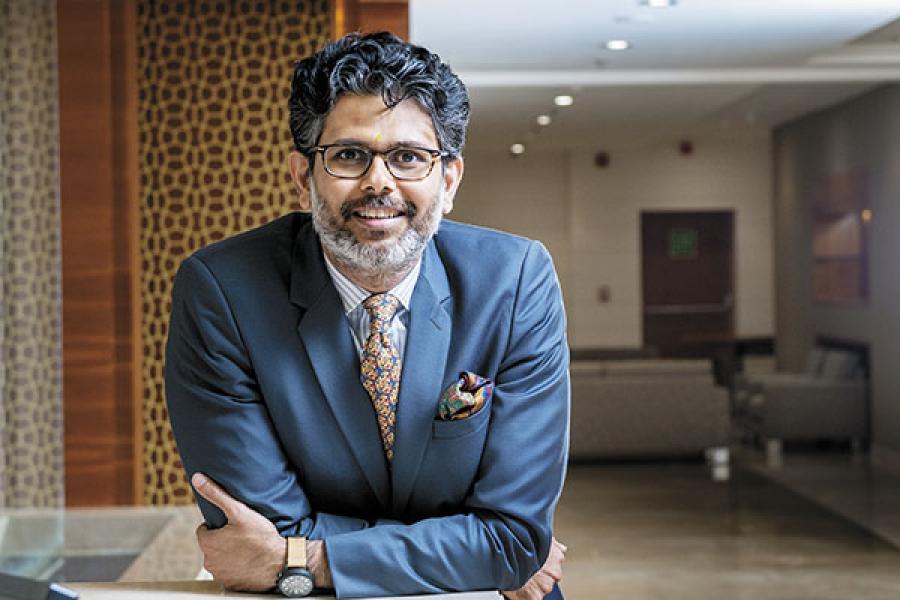 Image: Mexy Xavier
Vishal Kampani, MD and head of the Institutional Securities Group at the JM Financial group of companies

You get your best deals when you are willing to walk away from it,” says Vishal Kampani, 39, managing director and head of the Institutional Securities Group at the JM Financial group of companies.

Such wisdom can only come from experience, and Vishal has years of it. Sitting in his seventh-floor office in Mumbai’s Prabhadevi neighbourhood, Vishal tells Forbes India that he has always been a dealmaker at heart. The son of Nimesh Kampani, one of India’s best known investment bankers and founder of JM Financial, Vishal had grown up listening to his father talking about deals. There were times when his father would be on the phone and he would try and guess what the other half of the conversation was like. It helped him understand how businesses work and the risks that promoters are willing to take when they get involved in mergers and acquisitions (M&As).

In 2004, when Hutchison Essar bought a controlling stake in BPL Mobile for $1 billion (then Rs 4,400 crore), Vishal was just 27. He had represented Rajeev Chandrasekhar, chairman and CEO of BPL Mobile, whom he had met a few years earlier at the late Congress MP Murli Deora’s office.

Vishal was introduced to the businessman as someone who would help raise capital and buy or sell businesses. In 2001, he almost clinched a deal for Chandrasekhar with the Birla, Tata and AT&T consortium, but the deal did not go through at the last minute.

Vishal has many other high-profile deals to his credit, including L&T Cement’s 2004 acquisition by the Aditya Birla Group and Kishore Biyani’s sale of Pantaloons Retail India to Aditya Birla Nuvo in 2012.

“Vishal is an investor first and brings a lot to the table. He also looks at things from the buyer’s perspective and knows how to add value to the client,” says Vikram Godse, managing partner at Mayfield Fund, who has also worked with JM Financial Investment Managers, a private equity fund.

His mastery over deal-making has a lot to do with his upbringing. When he was 19, he would work for four hours a day at his father’s office at Churchgate. This gave him an understanding of the departments at JM Financial. After completing his MBA from London Business School, Vishal worked in New York with Morgan Stanley during the dotcom boom. He worked on the Amazon.com convertible bonds and the ICICI Bank ADR.

After the dotcom crash, he returned to India in 2000, and ventured into M&As. “I like doing transactions for promoters. I like to see how they look at the business from a long-term perspective. Making an entrepreneur sell his or her business to a competitor is a very exciting job,” he says.

He had seen his father grow JM Financial into one of the best-known investment banking companies in India. Investment banking and fund-raising activities through capital markets were the traditional activities of JM Financial. The group was among the top players in this area. Nimesh Kampani had founded the company in 1973 and even represented major industrialists of the time on many deals. He was also on the board of Nagarjuna Finance as an independent director. Three years after he resigned from that position in 1999, the company defaulted on repaying deposits worth Rs 100 crore. There were court proceedings against the senior Kampani and he had to stay in Dubai for a year before he could get back to work in 2009.

Vishal, on his part, launched the asset reconstruction business of the JM Financial group to acquire the non-performing assets of banks and other financial institutions in 2008. The very next year he also started the real estate finance business. For the year ended March 31, 2015, the group had a total income of Rs 1,392 crore, or a 12 percent annual growth since Vishal started the two verticals. For the nine month period ended December 31, 2015, the total income of the group was Rs 1,210 crore of which 65 percent of the business came from lending activities.

Vishal feels that despite the real estate slowdown in India, the top developers, who are his customers, are not affected. Besides, he feels that unlike lending to an infrastructure project, real estate lending has land as collateral, which is very solid.

He lends to real estate companies that have a long track record of timely delivery. He does a thorough credit analysis of the project. When compared to the power sector—where there are multiple lenders, hardly any collateral and low returns—it is apparent that real estate lending to prime developers in tier I cities has always given good returns. In a real estate project, the lender controls the collateral which can be sold in case of distress. As of December 31, 2015, the overall lending book of the group stood at Rs 6,550 crore of which real estate accounted for 65 percent.

Similar is the case with the asset reconstruction company. It is a good counter-cyclical business to capital markets. The opportunities are good when capital markets are not doing well. There are very few competitors and nobody pays a premium to buy the assets. JM Financial has managed to do well because it got into the business at a much earlier stage.

JM Financial’s asset reconstruction business has achieved a market share of 18 percent. Given the Reserve Bank of India’s March 2017 deadline for banks to clean up their balance sheets, this is one area that will be in a position to benefit from the banking sector’s distressed assets.

Vishal sees huge opportunities for the lending and asset reconstruction business. In time, he would like to look at retail lending as well. Right now, it is restricted to the capital market business for the broking customer.

He feels that as his lending businesses grow, his ability to do deals would decrease as other businesses will take much of his time. And he has identified two such businesses. Though he never took up fund management as a career, the business of asset management excites him. The asset management business of JM Financial is small but profitable. Vishal wants to grow this business by launching new products.

The other area he wants to concentrate on is proprietary early stage investments in fintech companies. These are companies that use technology for financial inclusion in the areas associated with lending. Also, they will lend synergy to his overall business. He is clear that he doesn’t want to put money into a company that is another platform for stock trading or an e-broking business. He is looking at areas like peer-to-peer lending or online platforms that are geared towards remittances. Vishal has earmarked $50 million for early-stage investment which will come from the group balance sheet. Fintech is his big bet for the next ten years.

But if Vishal sees growth becoming a problem in any of the segments that he wants to grow in, he is open to revisiting his decisions. This includes the real estate finance business as well as the fintech opportunity. This detachment is in line with the advice that he gives to his M&A clients. “If you want to sell a business, do it now. Most probably the value of that business will keep depleting due to lack of promoter interest,” he says.

And when he is not thinking business, he finds time for his television shows. His favourite shows on Netflix are Homeland and Narcos and he is a huge fan of House of Cards. “It is by nights or flights. That is how I find time to unwind and watch my favourite shows,” he says.