Across borders and divides, one 'heavenly' refresher cools summer heat

The incredible story of how Rabea Begum built Rooh Afza, that brings about $45 million of profit a year in India alone, into South Asia's favourite summer cooler 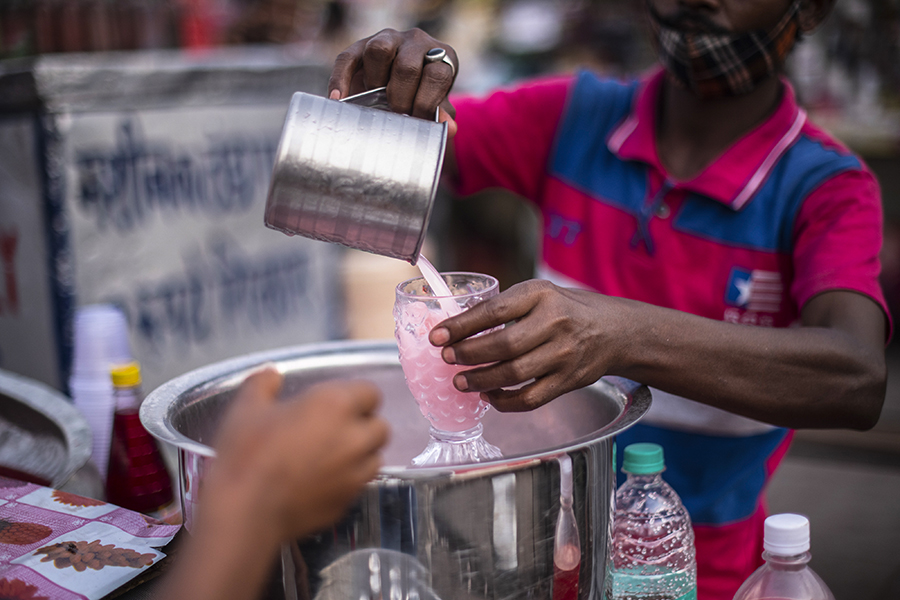 A vendor sells Rooh Afza at a stall in New Delhi, April 15, 2021. India, Pakistan and Bangladesh alike enjoy the sweet and herbal taste of Rooh Afza, a beverage that has endured the region’s turbulent history. Now it is aiming for the palates of a new generation. Image: Rebecca Conway/The New York Times

NEW DELHI — Its original recipe, more than a century old, is tucked away in a highly secure, temperature-controlled family archive in India’s capital.But the sugary summer cooler Rooh Afza, with a poetic name that means “soul refresher” and evokes the narrow alleys of its birthplace of Old Delhi, has long reached across the heated borders of South Asia to quench the thirst of generations.  In Pakistan, the thick, rose-colored syrup — called a sharbat or sherbet and poured from a distinctive long-neck bottle — is mixed with milk and crushed almonds as an offering in religious processions.  In Bangladesh, a new groom often takes a bottle or two as a gift to his in-laws. Movies even invoke it as a metaphor: In one film, the hero tells the heroine that she is beautiful like Rooh Afza.