Rasna: Juicing it up

Rasna through innovations and diversification is trying to stay relevant even now, with its latest move being in the natural food-products space 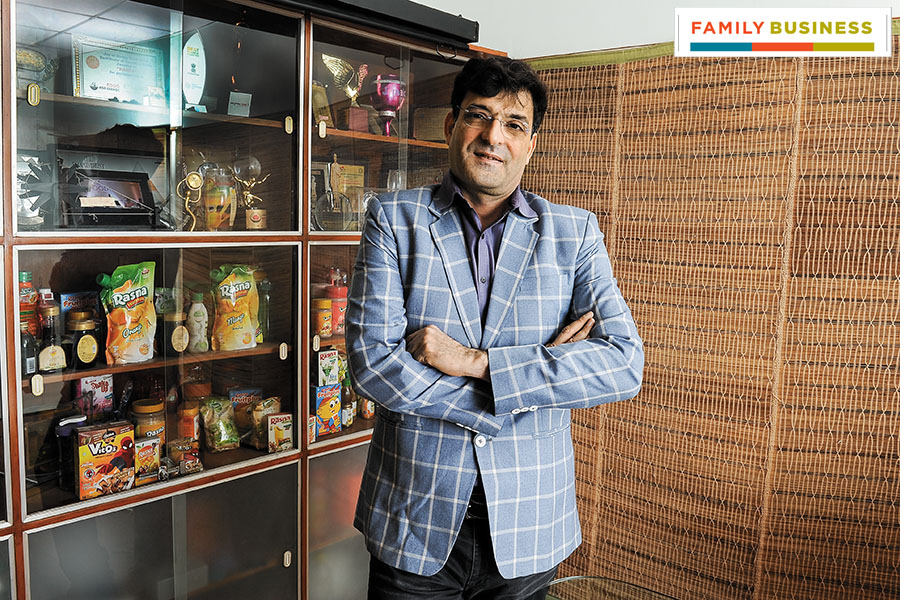 A soft drink concentrate named Jaffe, made by an Ahmedabad-based company set up in the 1940s, is today one of India’s most iconic brands: Rasna. Initially set up by Phirojshaw Khambatta as a B2B entity, the company that made Jaffe for B2C renamed the brand as Rasna in 1976. Today, it enjoys an 80 percent market share in the soft drink concentrate market.

What has enabled Rasna to survive competition and the changing economic landscape pre- and post-liberalisation? “Two things have kept us relevant even now: Innovation and good marketing. We have innovated with a lot of new product offerings, flavours and formats while retaining the same core. We have ensured that Rasna is as alive and kicking in the third generation as it was in the first,” says Piruz Khambatta, 50, chairman, Rasna Private Limited, and Phirojshaw’s grandson.

Rasna entered the market at an affordable price point of ₹5 per box with concentrate in a bottle and powder that had to be mixed with sugar and water. It made 32 glasses of the drink and was the cheapest concentrate available in the market then. It remains one even today. But some things have changed. “I can’t say that we are using the same formulations that my grandfather was using. We have reformulated the product and made it more fruity and natural. Apart from that, we have also diversified the basket to include a lot of different products,” says Piruz.

When Phirojshaw’s son Areez Khambatta joined the business in 1962, he continued to operate the company both as a B2B and B2C entity. By 1992, his son Piruz, then 18, came on board and decided to focus entirely on marketing. At the time, Rasna was still only available in a one-pack size. “I realised there was a huge possibility of entering the rural market with a smaller sachet. Since there was no packaging available to package both the liquid and powder [concentrate] in the same pack, we imported a machine from Germany to do the same,” explains Piruz.

With ₹2 sachets that made six glasses, Rasna entered the rural market in 1992. It continues to be one of Rasna’s prime focuses. Harish Bijoor, brand expert and founder, Harish Bijoor Consults Inc, feels marketing has been Rasna’s biggest strength. The process was glamourised keeping in mind the fact that it takes time to make the drink, he says. “On the economic side of the brand, Rasna knew sugar was the most expensive ingredient of them all. It got families across India to buy their own sugar, add water, and of course add the two diverse ingredients of powder and ‘special liquid’ in bottle to the process,” says Bijoor.

Every year, Rasna spends about 15-18 percent of its revenue on marketing or on relaunching some flavours/products and comes up with a new campaign. The famous ‘I love you Rasna’ campaign is proof. Rasna has had brand ambassadors like actors Akshay Kumar, Karisma Kapoor, Hrithik Roshan, and more recently Kareena Kapoor Khan and badminton player Saina Nehwal.

Piruz prides himself on being a technocrat and being personally involved in the manufacturing of Rasna. “I understand everything that goes into a soft drink, right from the amount of preservatives and antioxidants that should be there to what its components are. Sometimes I remember the formula by heart. That is the type of detail we get into, which is also one big reason for our success,” he says.

Several companies tried to compete with Rasna but had to withdraw their products such as Kissan Fruit Kick, Coca Cola Sunfill, Fanta powder and Tropicana powder from the market. Bijoor feels the fact that Rasna was ‘different’ clicked with the consumers. “Rasna entered the market and dominated it at a time when brands were just about getting relevant and ubiquitous in the consumption palate of India. Rasna based its offerings on one basic insight: Consumers love to make their own drinks; it became a family bonding occasion.”

Rasna also tapped into every possible Indian flavour, from Alphonso Mango to Shikanji Nimbupani and Kala Khatta through the ’90s. In the early 2000s, India’s first powdered drink, Rasna International, was launched. “We found that we were losing steam because we had introduced all the flavours that could be introduced, and by that time we had 3 to 4 pack sizes. So we decided to get into powdered drinks,” explains Piruz.

Through Rasna International (powder), the company got into exports. Its export division accounts for bigger sales than the Indian market, especially for the premium powder; for the cheaper powder, India is a bigger market. At present, it exports to 53 countries, including those in the Middle East and Africa.

The company has had its share of setbacks, too. It had to withdraw some products from the market due to poor demand. “You have to be willing to take risks. We launched a product called Orange Jolt, a carbonated drink, which didn’t do well, so we had to withdraw it. Often, we have made advertisements but have had to take them off because people didn’t like them. You suffer losses, but it’s part of running a business…” says Piruz adding that “there  is no greater adventure.”

Which is why he has no intention of selling the company. “A lot of companies have offered to buy Rasna at prices that are three to four times my turnover, but mere paas paise hain, sell karke kya karunga ghar pe? (I have money, what will I do sitting at home if I sell?) I enjoy taking risks!”

But the scenario of making your own drinks has changed. And with plenty of options available in urban India, including boxed fruit juices and flavoured drinks, Piruz seems to know he needs to innovate and diversify to stay relevant. Around two years ago, Rasna diversified into the wellness and natural products category with a sub-brand: Rasna Native Haat, focussed on the concept of ‘Pure Natural’. Under this, the company has introduced Honey, Aam Panna and Shikanji (powders). It recently also added malt-based health drinks to the line-up.

Bijoor does not agree with the strategy. “This is not really Rasna’s space. Rasna the brand means something else and Native Haat means something different. Native Haat is a good route to take only if you don’t associate it with brand Rasna. I think that is a cardinal mistake in this offering,” he says.

Almost every vertical and product category has been explored by Rasna in terms of innovation. How does the Khambatta family intend to stay relevant in the future and who will take the legacy forward? “It is too soon to decide that since my eldest daughter is only 17. But Parsis retire late so my children have enough time to figure out what they want to do,” says Piruz.