Across China, women's educational attainment has soared and female undergraduates now sharply outnumber males. But women still face significant barriers getting into training and academic programs as they seek to pierce the country's traditionally male-dominated professions 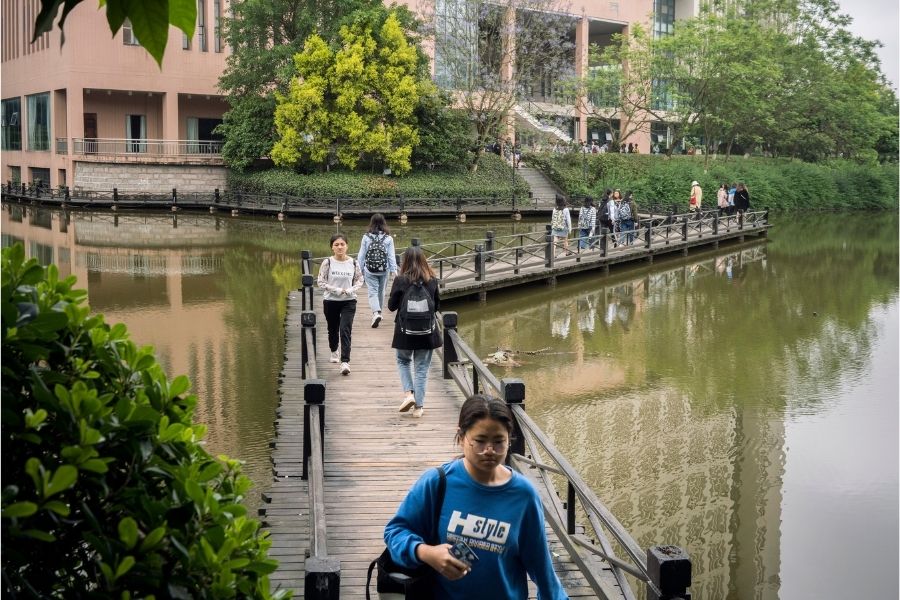 Students on the campus of Chongqing Normal University in Chongqing, China on May 13, 2019. Despite outnumbering men in undergraduate studies, women often do not have the same job opportunities after college.
Image: Giulia Marchi/The New York Times