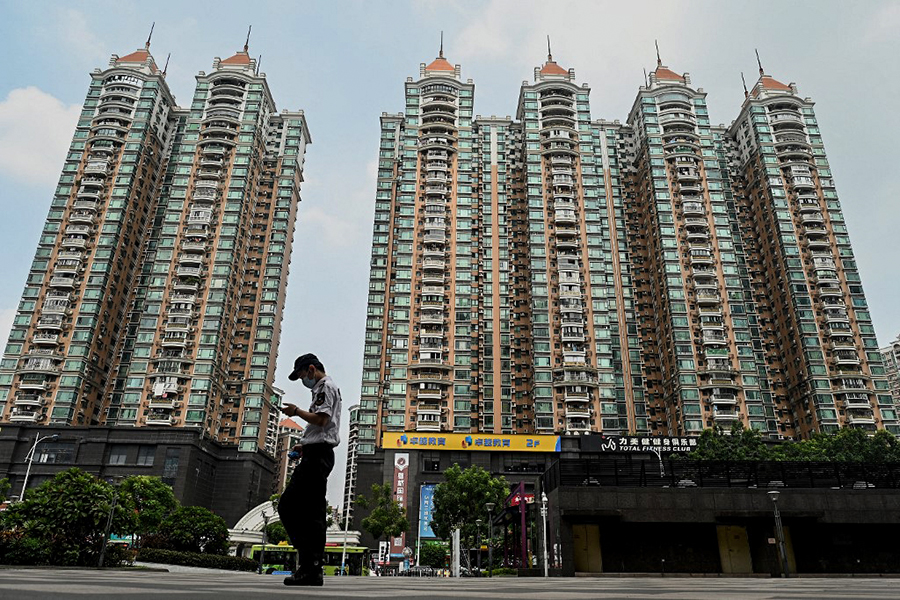 China's troubled property giant Evergrande has made a key offshore interest payment a day ahead of a weekend deadline, state media said on October 22, 2021, averting a default and buying the embattled company a reprieve as it struggles under a mountain of debt; Image: Noel Celis / AFP

Troubled property giant China Evergrande made an interest payment to foreign bondholders one day before a deadline that threatened to put the company into default, an official newspaper reported Friday.
Evergrande sent an $83.5 million interest payment to bondholders, China’s Securities Times reported without providing details. The outlet is backed by People’s Daily, the Communist Party’s official newspaper.
Evergrande did not respond to a request for comment. Lawyers representing the bondholders declined to comment.
Weighed down by more than $300 billion of debt, the property developer has been trying to sell off parts of its vast empire in order to raise enough cash to pay off creditors. This week, one of those deals — largely seen as a last-ditch lifeline — fell through.
Until the report on Friday from the Securities Times, market observers believed that Evergrande would miss the bond payment, effectively triggering a default.

Although Evergrande narrowly averted default, it faces deadlines for several other bond payments in the coming days and weeks.
“China Evergrande needs access to funding in order for its business to operate,” said Daniel Anderson, a Hong Kong-based partner of the law firm Ropes & Gray. If the company can’t find the money to make future payments, it still risks a default.
“A default would give holders of those defaulted bonds the right to accelerate, which could trigger defaults under other bonds and indebtedness,” Anderson said.