Breaking language barriers, content from the South is having a moment in the sun on OTT platforms. And the platforms are further building their regional rosters to ensure subscribers remain engaged even beyond the pandemic 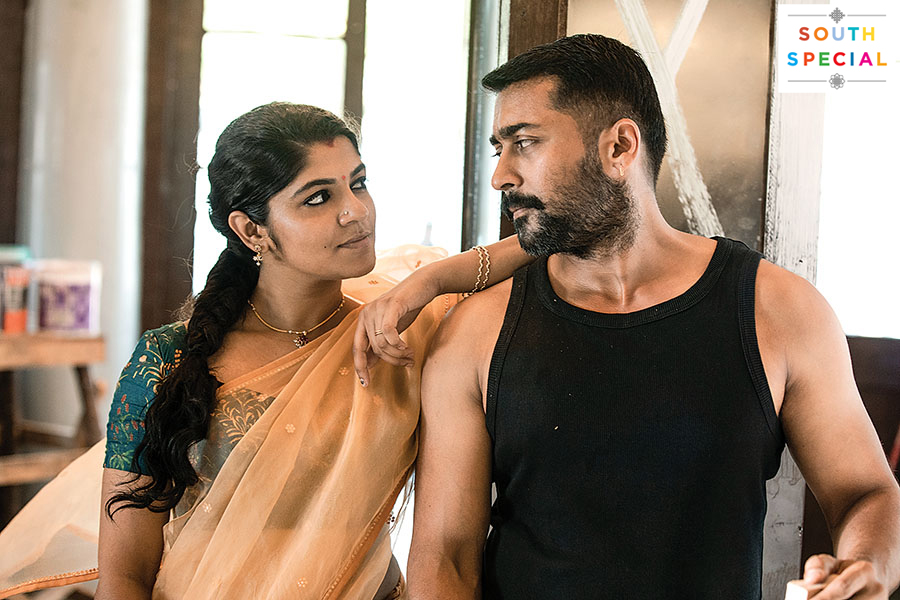 When the Covid-19 pandemic put cinema’s communal experience on hold, online streaming stepped in, rescuing people from boredom, and content creators and producers, from bankruptcy. Though original content—films and shows—has been a part of OTT rosters for a while now, the pandemic has increased the viewer’s appetite for varied content. Movies from the South, particularly, are having a sort of moment in the sun.

Prime Video’s numbers are a clear indication of local going global. In the last 15 months since the launch of their direct-to-service offerings last year, movies in Tamil, Telugu, Malayalam, and Kannada have viewers in well over 4,000 cities and towns, thus giving these releases a pan-India viewing base. Moreover, according to their internal numbers, globally, these movies are being watched in around 170 countries, with international viewers accounting for 15-20 percent of the total audiences of these local language films.

“The pandemic has accelerated and amplified the ongoing evolution in consumers’ behaviour, blurring the lines between local and global content. So, today, you will find people from Punjab celebrating a Malayalam film like Joji; or audiences across the world celebrating Soorarai Pottru at the Indian Film Festival of Melbourne or Shanghai International Film Festival,” says an Amazon Prime Video spokesperson. 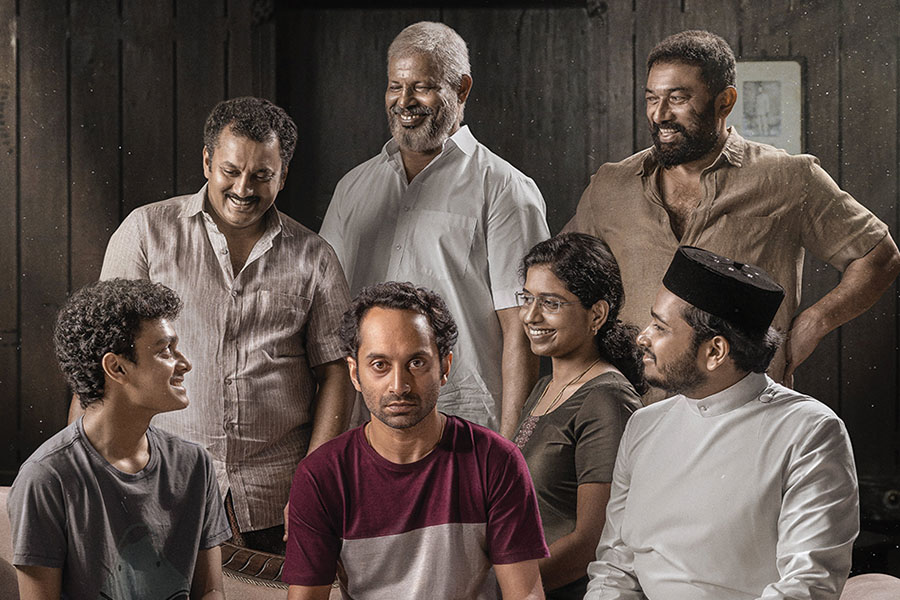 In a conversation with Forbes India earlier in 2021, Vijay Subramaniam, former director and head of content at Prime Video too had said that their direct-to-service regional films had received 50 percent of their viewings from outside of the home state in 2020.

And Amazon Prime Video continues to build an impressive film slate in Indian regional languages. Their acquired titles include films such as CU Soon and Malik featuring Fahadh Faasil, Drishyam 2 starring Mohanlal in Malayalam, Sarpatta Parambarai which is directed by Pa Ranjith, Soorarai Pottru starring Suriya in the leading role in Tamil, V led by Nani in Telugu and Keerthy Suresh’s Penguin in both Tamil and Telugu. It took them some time, but rectifying the decision to acquire Jeo Baby’s The Great Indian Kitchen after it became a cult hit on Malayalam OTT platform Neestream proved to be a good one too. Prime Video also has the film anthology Putham Pudhu Kaalai and reality shows such as Comicstaan Semma Comedy Pa and LOL: Enga Siri Paapom.

It’s the same story with other OTT players. Giants with deep pockets such as Netflix, Disney+Hotstar, and SonyLiv too are getting into and figuring out the South landscape. 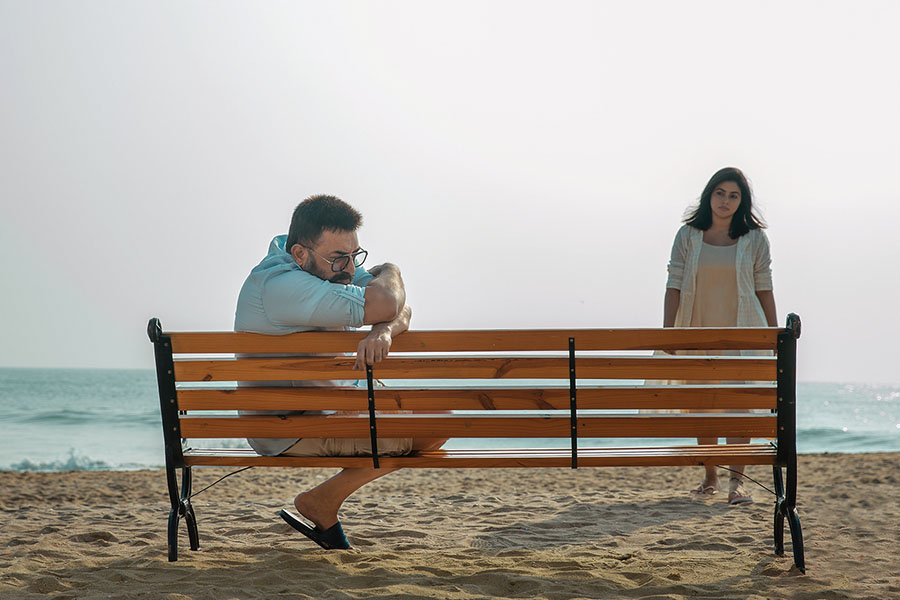 Stills from Navarasa, an anthology by Netflix in Tamil
Image: Jaikumar Vairavan/ Netflix

“The Top 10 row on Netflix is a good indicator of what people in India and around the world are enjoying,” says Pratiksha Rao, director, films and licensing, Netflix India. Their Tamil film anthology Navarasa, helmed by Mani Ratnam and Jayendra Panchapakesan, she says, was in the Top 10 in 10 countries including India, Malaysia, and Sri Lanka. Likewise, in its first week alone, the Dhanush-starrer Jagame Thandhiram drew an equal share of audience from outside India as it did within the country.

“The film was subtitled and dubbed in multiple Indian languages as well as English, Spanish, French, and Portuguese, enabling wider access for our members around the world. Jagame Thandhiram has been in the Top 10 in 12 countries outside India and has been No. 1 in seven countries, including India, Malaysia, and the UAE.” In the last one year, Martin Prakkat’s Nayattu, V Vignarajan’s Andhaghaaram, Praveen Kandregula’s Cinema Bandi and Mandonne Ashwin’s Mandela too have featured in the Top 10 in India.

SS Rajamouli’s Baahubali became a pan-India blockbuster in 2015 with the help of the spectacle and fantasy it offered. Potboilers opened the doors for viewers to explore more regional content from South Indian languages. But when it comes to web series, the process is different and makers as well as OTT platforms are on a learning curve, with platforms starting with commissioning rather than acquiring content. 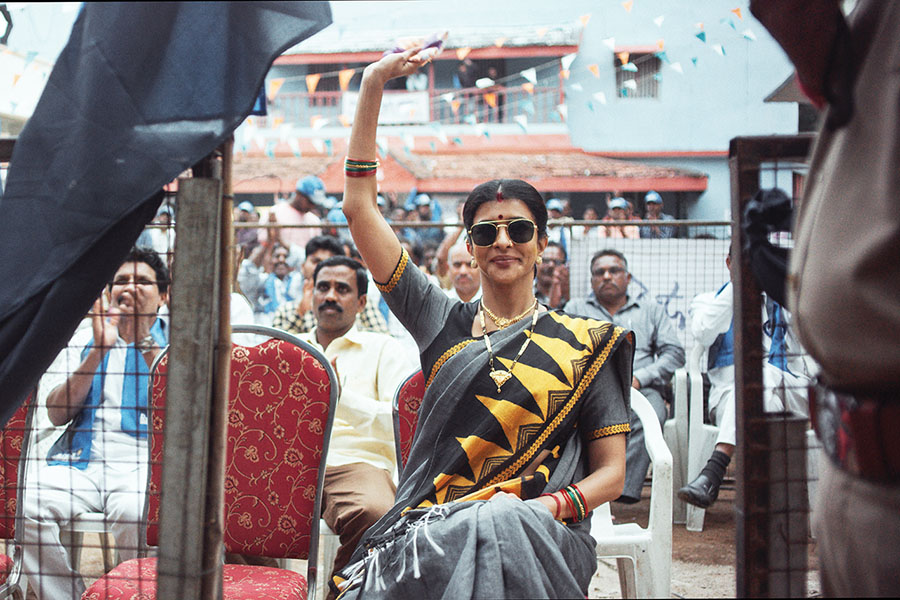 A still from Telugu anthology Pitta Kathalu, streaming on Netflix

“Show making is slightly different from films because there is a certain process that has to be followed. Since you have episodes, you have more writers, you have more directors,” says Apoorva Mehta, CEO of Dharma Productions, who played a crucial part in the pan-India distribution of the Baahubali franchise. Making a film, he says, is not different whether it’s a small budget film or a big budget film, or whether it’s meant for theatrical or OTT release.

“Eventually, the story has to resonate with you. It has to be a narrative that you want to be told. If it ticks those boxes, you’re fine. But for a show, one has to learn. It is slightly different because you have multiple directors and writers, you might have multiple editors, you have a showrunner. So you work on a couple of these and you understand the process,” he says.

This is probably why OTT giants are looking at commissioning titles rather than acquiring them. “The creative talent is extremely pro (professional) at making films. Series is a bit of a different craft. That’s why if you’ve seen most of the good content that has come from there largely is anthology, which is short films stitched together. For big content, I think Hotstar has recently dropped November Story. There have been some other shows from sci-fi [genre] that have done well,” says Ashish Golwalkar, head of content for SonyLIV and Sony Entertainment Television at Sony Pictures Networks.

He adds that right now, the Tamil, Telugu and even Malayalam geographies are on a learning curve, and are only beginning to figure out the nuances. “Most of these shows you have to commission. You can’t acquire because unlike Hindi, wherein producers are putting in their money and producing it and then licencing to us, like Applause (Entertainment), currently, there are no such producers in regional content.”

He adds that once the market opens up and content demand goes up, there will be producers who will make ready-to-consume content, “and then we can acquire. But currently we have commissioned 100 percent content that we have”.

According to him, it’s just a matter of time before they master the craft. “If we start commissioning good shows, there will be a learning curve and I think we’ll have good days for content,” he says.

Be it films or series, decision-makers at big OTT platforms are increasingly banking on the diversity of culture and languages to be able to win the subscriber, and eventually, the revenue race, and are building their rosters accordingly. According to a recent FICCI-EY report, the share of regional language consumption on OTT platforms will cross 50 percent of total time spent by 2025 versus 30 percent in 2019 and surpassing Hindi, which will be at 45 percent.

Prime Video has curated a slate across languages, starting with the Malayalam thriller Bhramam starring Prithviraj Sukumaran in the lead. Tamil family drama Udanpirappe, a story of family reunion starring Jyothika and Sasikumar is also in the works.

The Disney+Hotstar pipeline includes Telugu crime drama Gharshana starring Naveen Chandra, Sarath Kumar and Jagapathi Babu. In Tamil, it has the Sathyaraj-led family drama My Perfect Husband lined up for release this year. While SonyLiv has commissioned Tamil Stalkers, a series about online piracy to be directed by Arivazhagan Venkatachalam. Balaji Mohan of Mandela fame is also working on an untitled project for the platform.

“We (OTT platforms) all are just on the starting line of this digital race for content. In the next couple of years, regional content creation is going to explode,” says Golwalkar, adding, “What you see in Hindi right now is just 10 percent of potential content. In regional languages this race has not even started. Viewers are lapping up regional content. There is space for everybody, not just for us or Hotstar or Netflix. We’re still far away from getting cluttered.”